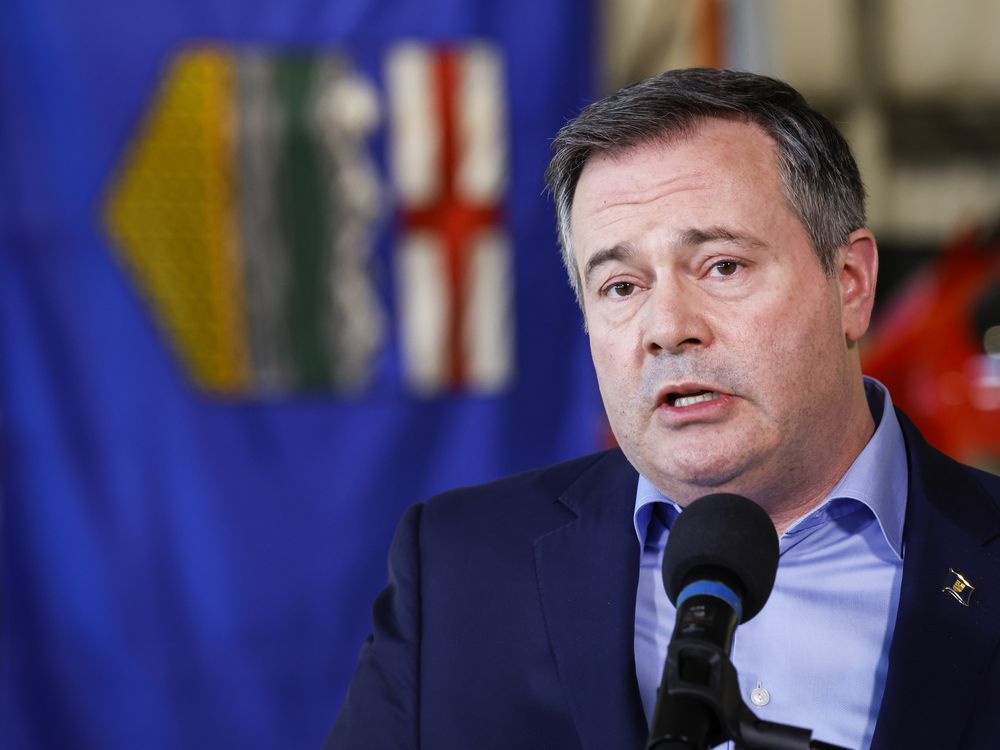 A new survey by University of Alberta researchers suggests that the majority of Albertans believe Premier Jason Kenney should lose his leadership review when the results are announced Wednesday.

However, only a slim majority said they have faith in the process, which the survey’s principal investigator warns could lead to political instability if Kenney is able to secure a win.

The latest online survey from Common Ground, published Monday, asked 2,151 Albertans of all political stripes a slew of questions about themselves and where they stood on the province’s current political leaders as well as the UCP leadership review.

Approximately six out of 10 of those surveyed said they believe UCP members should vote to remove Kenney as party leader. Only 21 per cent said Kenney should stay, with the remainder saying they were unsure.

Slightly less than half — approximately 47.4 per cent — think that Kenney will be removed, compared with 28.9 per cent who think he will remain in power and 24 per cent who aren’t sure.

When asked whether they had confidence that the leadership review would be conducted fairly, only 55.1 per cent of those surveyed were either “very” or “somewhat” confident.

Kenney’s office referred questions to either the party or his leadership campaign, neither of which responded by deadline.

Common Ground’s principal investigator and associate professor of political science Jared Wesley said the survey’s numbers are part of a broader trend among Western Canadian conservative parties that are having a difficult time instilling confidence among their members and leadership contestants as to whether their processes are fair.

“For example, in Manitoba, we saw the outcome of a race for premier among the Progressive Conservatives was thrown into court because the person who placed second didn’t believe in the results,” he said.

“So this is part of a worrying trend, I think, for those of us that study political and democratic institutions where we’ve entered a period now where we can’t take for granted that the results of a particular election will be accepted by the folks that lose.”

Wesley called the idea of ​​“losers’ consent” a cornerstone of modern democracy for the peaceful transfer of power.

“And according to this poll, I don’t think we can take that for granted in Alberta,” he said.

The United Conservative Party’s first leadership race is still under investigation by the RCMP. Meanwhile this latest review has faced controversy after it was moved from in person to mail-in voting. Correspondence obtained by The Canadian Press indicates Elections Alberta is investigating allegations of possible illegal bulk buying of party memberships.

If party members disagree with the results some could try and force another review, Wesley said.

“But I think probably the most likely outcome for those that are really disaffected is to leave the party and either take up membership in an existing party or form a new party,” he said.

Because the survey is not just of voting UCP members, Wesley said the results are not necessarily proof of how things are going to unfold on Wednesday but do suggest the kind of political environment Kenney will be dealing with if he stays in charge.

“We’re not sure how members of the UCP will vote. This just tells you what the likely public reaction is going to be,” he said.

Online surveys cannot be assigned a margin of error because they do not randomly sample the population. If the data were collected through a random sample, the margin of error would be plus or minus two per cent 19.5 times out of 20.