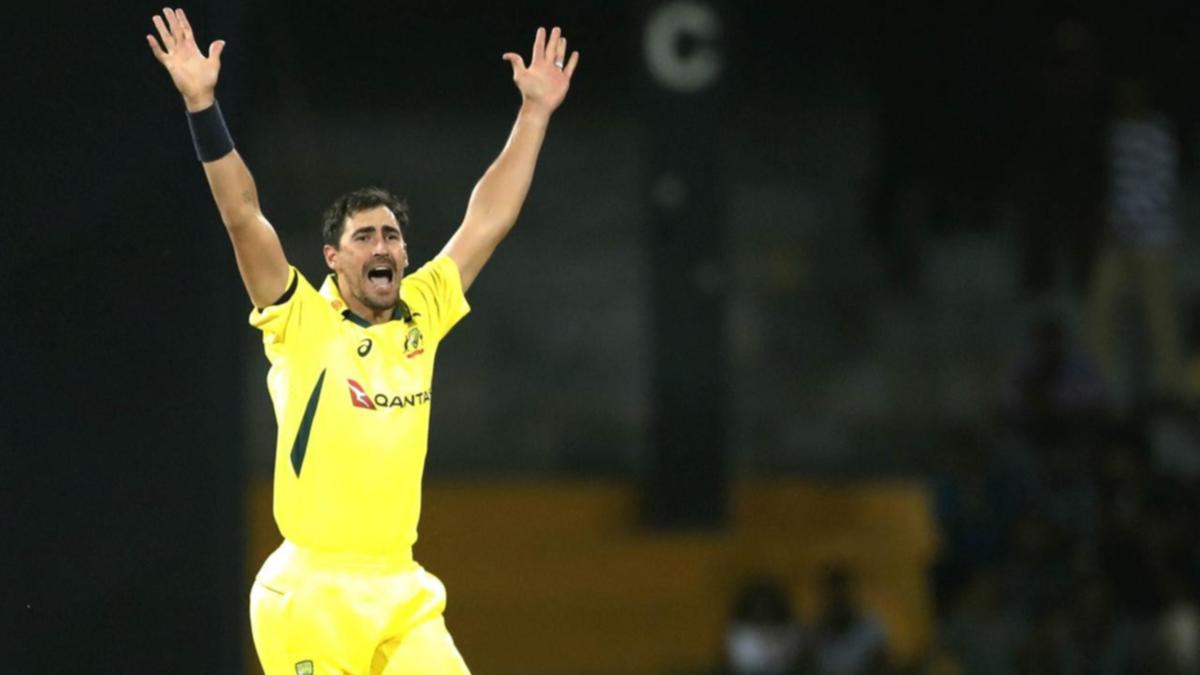 Australian paceman Mitchell Starc is still holding out hope of featuring in the ODI series against Sri Lanka, but only if it doesn’t compromise his chances of playing in the Tests.

Starc sliced ​​open his left index finger on his shoe spike during his follow through in the T20 series opener against Sri Lanka last week.

The 32-year-old has been able to bowl full steam at training in recent days, but ICC rules preventing bowlers from using tape on their fingers means Starc hasn’t been able to feature in games.

Starc had the stitches removed on Thursday, but just how well his finger recovers from this point on will determine whether he will be fit for game three of the ODI series against Sri Lanka on Sunday.

The left-arm paceman is hopeful of playing at least some part in the five-match ODI series, but only if it won’t compromise his chances of featuring in the two-match Test series, which starts on June 29.

“I’m still holding onto hope that I will,” Starc said of his chances of featuring in the ODI series.

“I had the stitches out (on Thursday). There’s still a fair bit of glue still in the wound.

“That will start to dissolve a bit more in the next couple of days. Once we get to Colombo we’ll have a look at it again and see where it’s at.

“I’m still training. It’s just a matter of where the wound is at, and obviously with one eye on the Test series as well and not compromising that.”

Starc said it was frustrating to feel super fit while unable to play.

“I feel really good with the ball in hand,” he said.

“I’ve had to bowl at training with the tape on, and it’s purely that I can’t do that in the fixture due to the ICC rules which is why I’m not playing.

“If it’s game three, four, or five (that I play), I’m not sure yet. We’re just making sure we’re not compromising the Test series.”

Australia have been riddled with injuries on the tour to Sri Lanka.

Agar is hopeful of being fit in time for the second Test.

Star batsman Steve Smith sat a scare through the camp in Friday’s 26-run ODI loss to Sri Lanka when he pulled up lame while sprinting for a second run.

Although he was able to play on after receiving strapping on his upper left leg, he will be assessed over the coming days.

“I don’t know how sore he is or how much of a niggle he might be,” Starc said.

“After he got the strapping he played a pretty nice drive through mid-wicket, so I’m sure he’ll be fine to play the next game.”