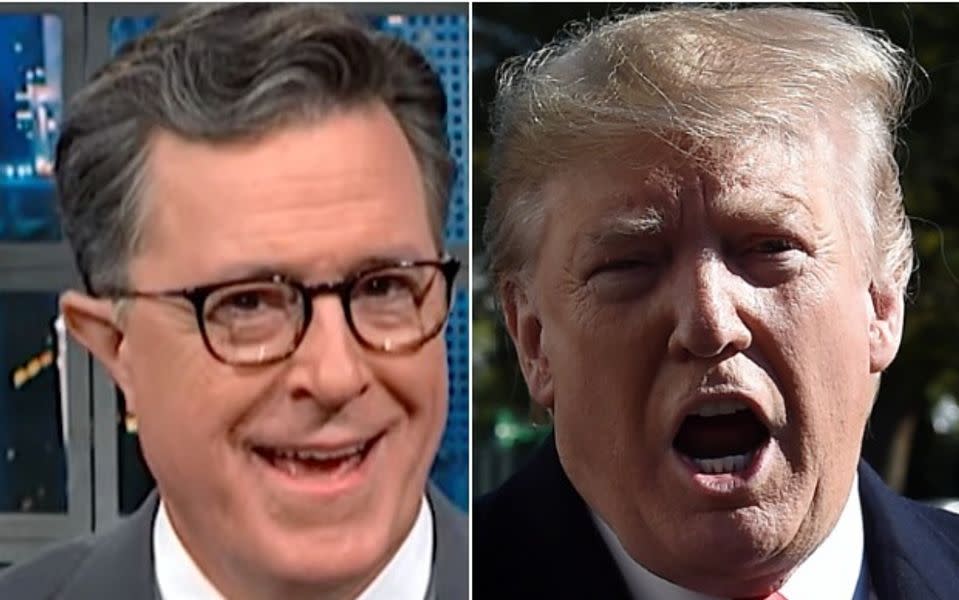 Stephen Colbert spotted a moment in a new interview where Donald Trump admitted that there’s an insult he really doesn’t like.

The former president told the Christian Broadcasting Network that he took a cognitive test because he didn’t like being called “stupid.”

As Colbert noted, the exam does not measure intelligence but looks for signs of cognitive impairment.

Trump, however, crowed about passing.

“It was an amazing thing,” he said, suggesting it forced his critics to admit to his intelligence. “They now call me a dictator and other things, but they don’t call you stupid.”

Colbert was stunned into silence for about 8 seconds.

“He thinks we don’t call him stupid?” he finally said, then dramatically turned to another camera for a closeup. “What a moron!”

This article originally appeared on HuffPost and has been updated.