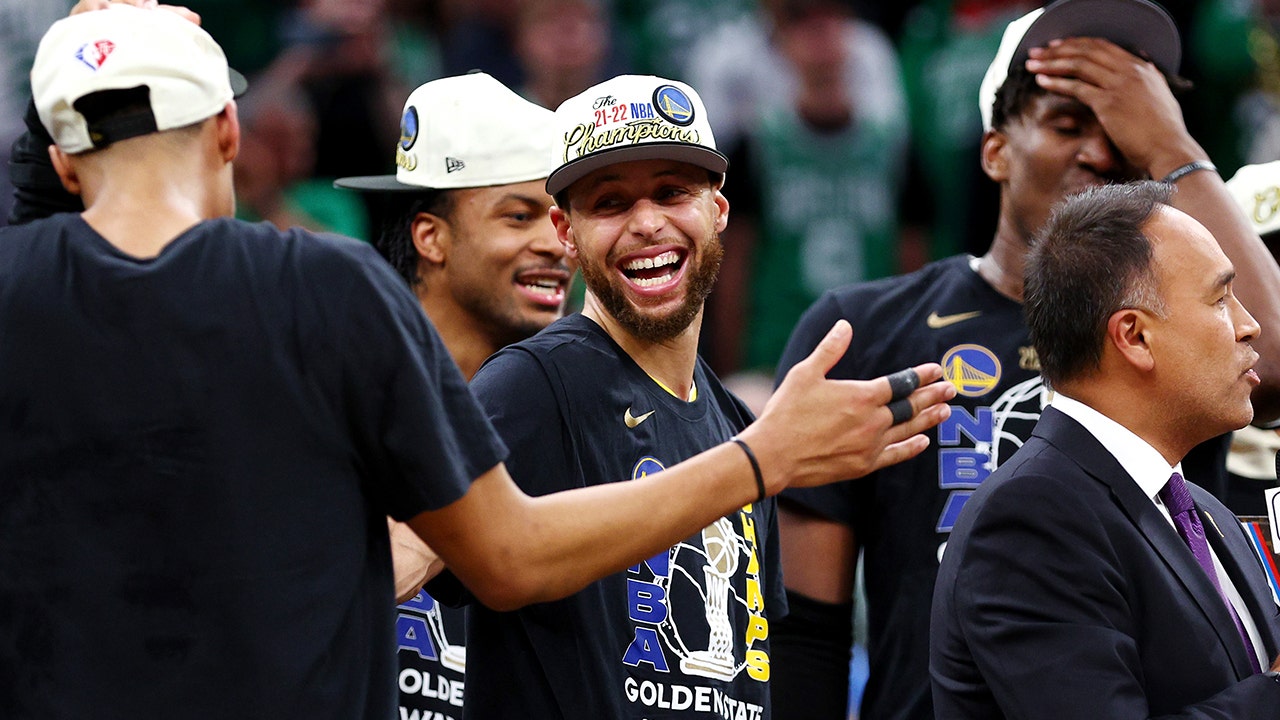 Seth Curry, who plays for the Brooklyn Nets, tweeted his support for his brother who helped the Warriors defeat the Boston Celtics on Thursday night to win his fourth NBA title. Curry picked up his first NBA Finals MVP award with the win.

Stephen Curry #30 of the Golden State Warriors celebrates with teammates after defeating the Boston Celtics 103-90 in Game Six of the 2022 NBA Finals at TD Garden on June 16, 2022 in Boston, Massachusetts.
(Adam Glanzman/Getty Images)

“Don’t talk about Steph again unless it’s in a convo with the time great PLAYERS!! And i mean a hand full of people to ever touch a basketball,” Seth Curry tweeted.

Seth Curry #30 of the Brooklyn Nets is introduced before the game against the Boston Celtics during Round 1 Game 2 of the 2022 NBA Playoffs on April 20, 2022 at the TD Garden in Boston, Massachusetts.
(Nathaniel S. Butler/NBAE via Getty Images)

Curry scored 34 points and had seven rebounds and seven assists in the game. I played in 40 minutes and was 12-for-21 from the floor, including 6-for-11 from three-point range.

Golden State won the 103-90. It was the Warriors’ fourth championship in eight years and seventh in franchise history.

The superstar guard has won four championships but the first three it was Andre Iguodala and Kevin Durant who picked up NBA Finals MVPs in the previous wins.

Stephen Curry #30 of the Golden State Warriors celebrates after defeating the Boston Celtics 103-90 in Game Six of the 2022 NBA Finals at TD Garden on June 16, 2022 in Boston, Massachusetts.
(Elsa/Getty Images)

Seth Curry’s Nets were eliminated by the Celtics earlier in the playoffs, making watching his brother’s team beat Boston that much sweeter.

Stephen finished the playoffs averaging 25.5 points, 6.3 assists and 5.2 rebounds per game in the postseason.

Ryan Gaydos is the sports editor for Fox News and Fox Business. Story tips can be sent to Ryan.Gaydos@fox.com.