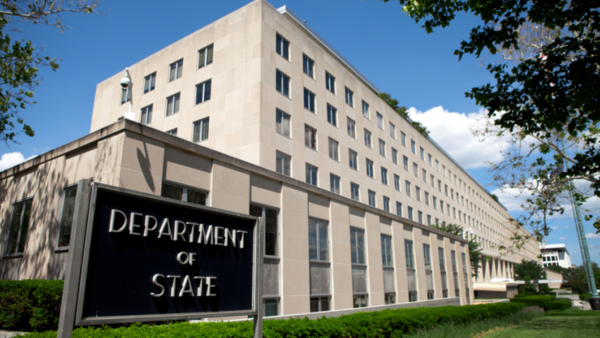 The US called on Lebanese officials to quickly form a government after last weekend’s elections led to Hezbollah and its allies losing a parliamentary majority.

“As Lebanon looks ahead, we urge those elected and the country’s political leaders to heed the Lebanese people’s call for change and to work seriously, and with urgency, to take the necessary actions to rescue the economy,” State Department Spokesman Ned Price said.

Price said the US was urging the swift formation of a new government able to carry out the “hard work required to restore the confidence of the Lebanese people and the international community.”

Washington also commended the Lebanese Armed Forces and Internal Security Forces for their role in ensuring the elections were held without any major security incidents.

Videos purported to show Hezbollah supporters swapping vote ballots or ripping up others while its supporters ransacked voting booths in Baalbek.

Supporters of other candidates also were reportedly allegedly bribing voters with cash.

“We share the concerns raised by our partners in the international community of allegations of vote-buying, clientelism, and reports of intimidation,” Price said.

Several new faces, including members of the civil society, broke into the ranks for the first time.

The first primary task in front of the new parliament will be to elect a speaker ahead of October’s presidential election.

The World Bank has said that Lebanon’s financial crisis is one of the worst the world has seen in over 150 years.

And officials have yet to implement badly needed reforms to unlock economic aid from the international community, World Bank and IMF.