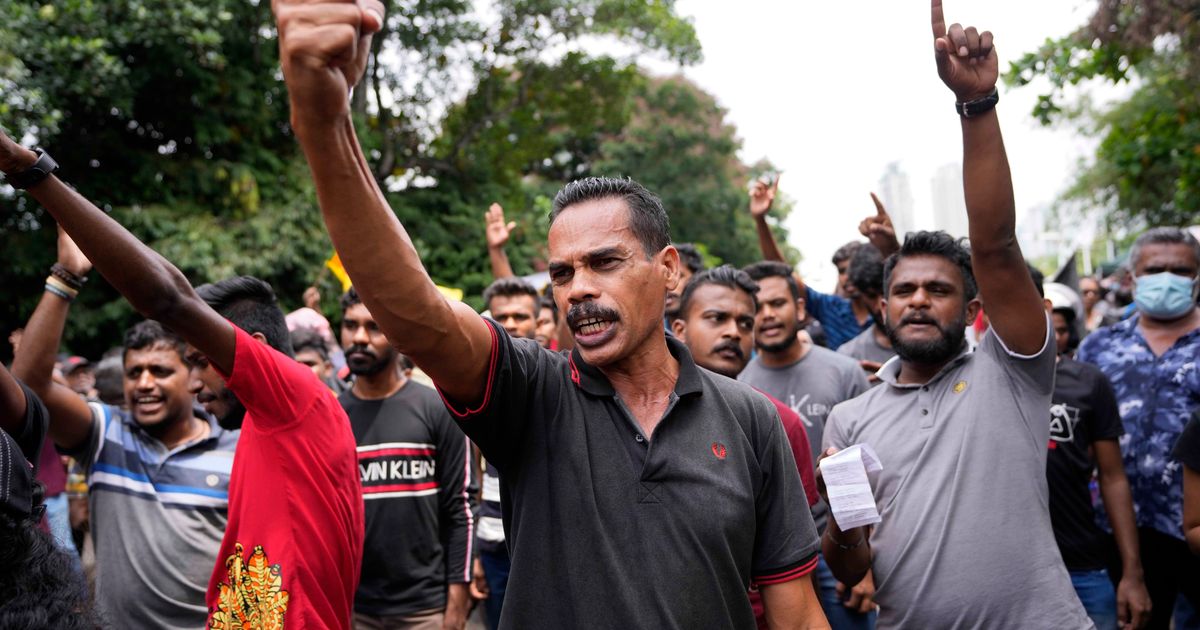 COLOMBO, Sri Lanka (AP) — Shops, offices and schools closed and transport came to a near standstill in Sri Lanka on Friday amid nationwide demonstrations against the government over its alleged inability to resolve the worst economic crisis in decades.

Protesters also hung undergarments by a road leading to Parliament and chanted: “This is all we are left with!”

Factories, banks and government offices also closed, and employees demonstrated in front of them. Black flags were displayed at closed shops, heeding a call from trade unions and other civil organizations, and many protesters wore black T-shirts.

The Indian Ocean island nation is on the brink of bankruptcy and has suspended payments on its foreign loans. Its economic woes have brought on a political crisis, with the government facing protests and a no-confidence motion in Parliament.

Sri Lanka was due to pay $7 billion of its foreign debt this year out of nearly $25 billion it must pay by 2026. Its total foreign debt is $51 billion.

For several months, Sri Lankans have endured long lines to buy fuel, cooking gas, food and medicine, most of which come from abroad. Shortages of hard currency have also hindered imports of raw materials for manufacturing and worsened inflation, which surged to 18.7% in March.

As oil prices soar during the Russia-Ukraine conflict, Sri Lanka’s fuel stocks are running out. Authorities have announced countrywide power cuts extending up to 7 1/2 hours a day because they can’t supply enough fuel to power generating stations.

Protesters continued to occupy the entrance to the president’s office for a 28th day on Friday demanding President Gotabaya Rajapaksa, his older brother Prime Minister Mahinda Rajapaksa and other powerful Rajapaksa family members quit. Similar protests have spread to other locations, with people setting up camps opposite the prime minister’s residence and other towns across the country.

So far, the Rajapaksa brothers have resisted calls to resign, though three Rajapaksas out of the five who were lawmakers stepped down from their Cabinet posts in mid-April.

Protesters who have crowded the streets since March hold Rajapaksa and his family—who have dominated nearly every aspect of life in Sri Lanka for most of the last 20 years—responsible for the crisis.

Sri Lanka has been holding talks with the International Monetary Fund to get an immediate funding facility as well as a long-term rescue plan but had been told its progress would depend on negotiations on debt restructuring with creditors.

Any long-term plan would take at least six months to get under way.