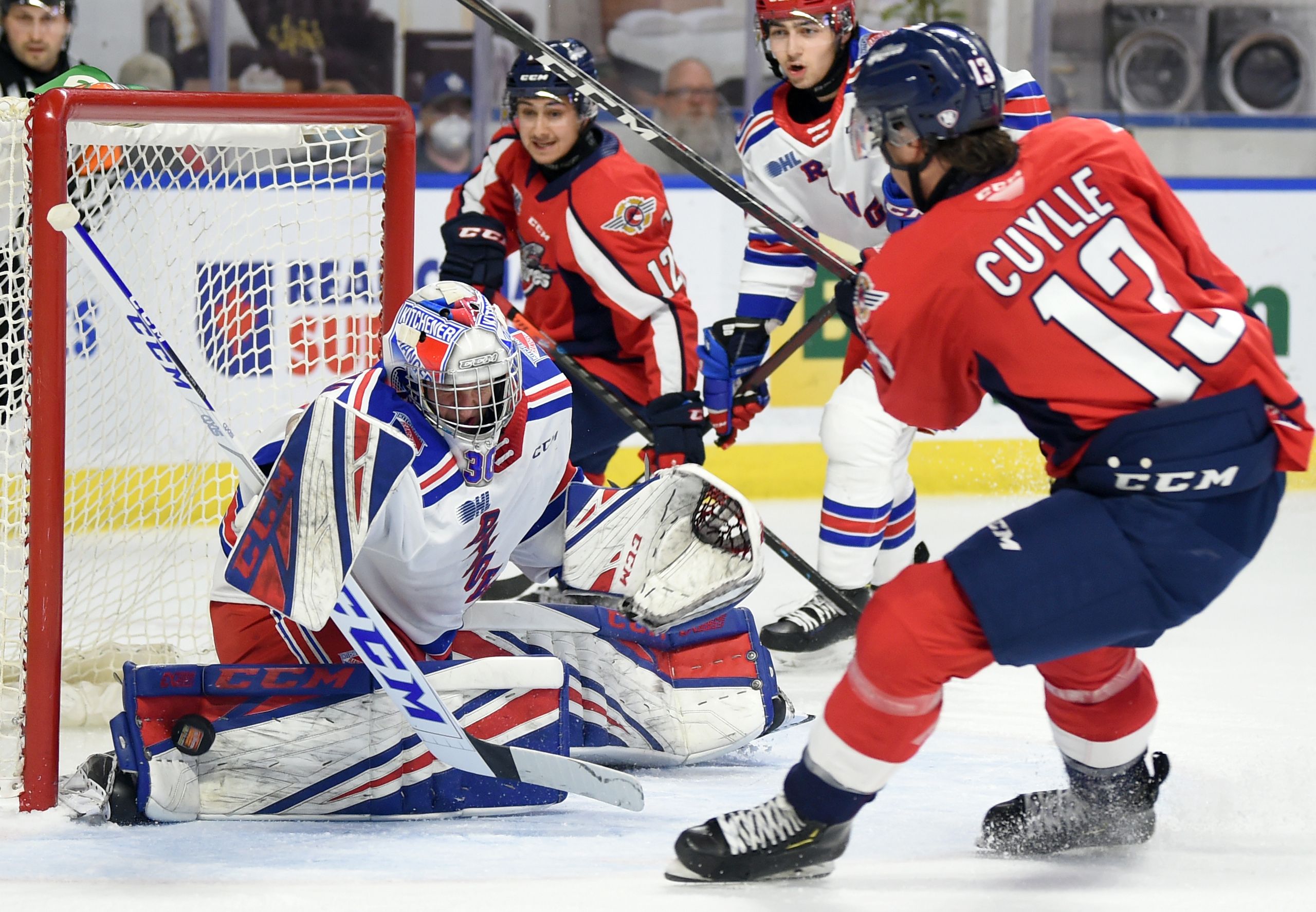 Don’t expect a lot to change for the Windsor Spitfires in the second round of the Ontario Hockey League playoffs.

It took six games for the top-seeded Spitfires to grind out a series win over the eighth-seeded Sarnia Sting.

Windsor expects just as tough a grind against the seventh-seeded Kitchener Rangers, who rallied to win the final two games against the second-seeded London Knights and took Game 7 in overtime in the first round.

“They’re a team that’s skilled with some offensive weapons and that great goalie,” Spitfires’ froward Matthew Maggio said. “It’s another team that’s played us hard and we know what to expect.”

“I feel confident with our guys,” Spitfires’ head coach Marc Savard said. “They’re feeling good and while (the Rangers) will come in on a roll, they have to come here. That’s why we were first.”

Sarnia goalie Ben Gaudreau kept his team close against the Spitfires. While the Rangers turned to rookie Jackson Parsons early in the team’s first-round series with London, it was Pavel Cajan that keyed the comeback. He made 38 saves in Game 6 and added 51 saves in Game 7.

“I think we’re a little more prepared,” Maggio said of the second round. “We have another great goalie this round, but we know the adversity to get through a four-win series with a great goalie.”

Coming off the upset of London, the big challenge for the Rangers will be trying to refocus and gear back up again quickly after a draining series with the Knights that wrapped up on Wednesday.

“It felt like a championship game, but it wasn’t,” said Rangers’ forward Mikey Petizian, who scored the overtime winner. “It’s the first round.

“We were down 3-2 (in the series) and it looked like a daunting task, but we had to stay composed. That was a big high, but we have to come down and start in neutral because this is a really good Windsor team we’re playing.”

Offensively, the Rangers had four players produce 20 goals or more during the season in Petizian, Reid Valade, Francesco Pinelli and Joseph Serpa. Along with Mitchell Martin, the five accounted for 17 of Kitchener’s 23 goals in the first round.

“They’re similar to Sarnia with some smaller guys with speed,” Savard said.

During the regular season, Kitchener actually won four of the first five meetings against the Spitfires, but Petizian said it was a different Windsor club over the final three meetings, which took place after the trade deadline.

“They definitely had our number after the trade deadline,” Petizian said. “They mostly added depth and got (defenceman Andrew) Perrott, which was big, too.

“That’s great to add for a team where they can put depth out there every night. I think all four of our lines have to be sharp.”

Windsor’s depth showed in the first round. Sarnia was able to slow some of Windsor’s bigger guns, but rookie Ryan Abraham stepped up and is third in team scoring while Josh Currie is fourth in playoff scoring for the club as 12 different players had at least one goal in the first round. As well, Savard hasn’t been shy about moving a guy up, if he’s hot, and that means teams can’t simply focus on the likes of Wyatt Johnston, Will Cuylle or Maggio.

“I’ve always been fair and willing to put guys up, if they’re going,” Savard said. “Look at guys like Abraham, who was playing first-line minutes, and (Oliver Peer) popped up, but we’re going to need everybody.”

While the Rangers now face another high-power offence, what Petizian noticed about the Spitfires as the season wore on is that the club became more physical.

“They’re both great teams off the rush and have standout players,” Petizian said in comparing the Spitfires and Knights. “With Windsor, though, there’s a little more physicality and I think it’s going to be a tougher series in the corners.

“Guys like (Pasquale) Zito and Cuylle are big, power forwards that can score and Windsor just has more size and is more physical.”

Waterloo native Matt Onuska was solid in goal for Windsor in the first round and he’ll need to remain consistent, but the Spitfires are ready to take on the next playoff challenge.

“I think there’s a calmness to this group,” Maggio said. “We can play a lot better than the last round. If we play our best, we were first in the (Western Conference) for a reason.”