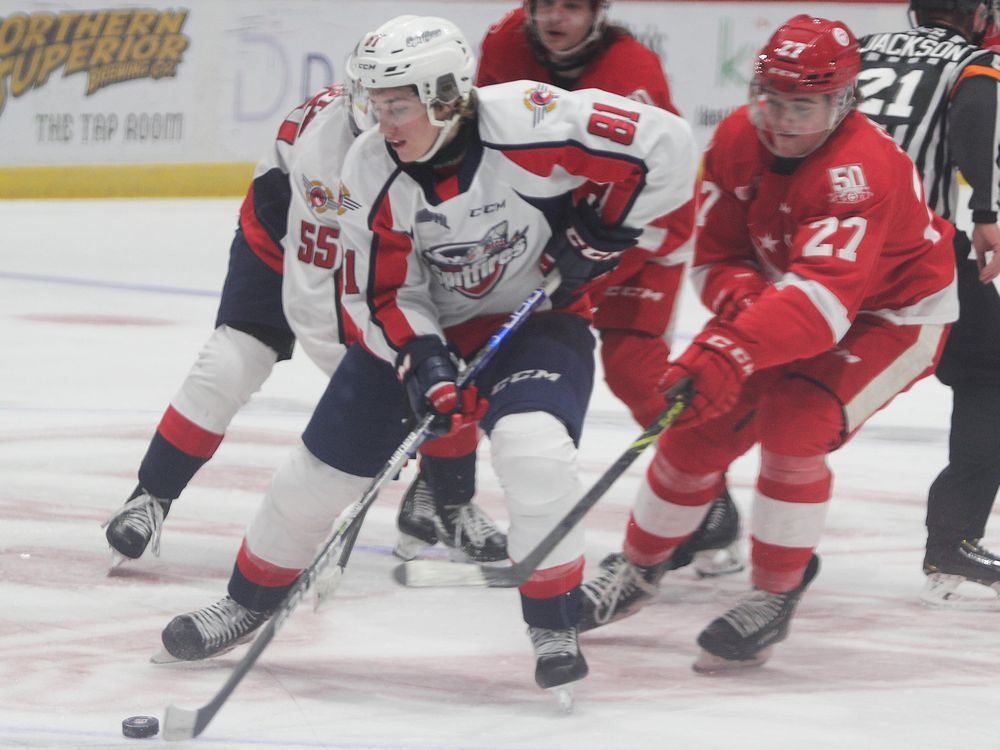 It had to be a sense of deja vu for Windsor Spitfires’ forward Matthew Maggio.

A year ago, Maggio, who is from Tecumseh, was not recognized during the season by the NHL’s Central Scouting Bureau, but popped up at No. 175 on the final list.

Maggio did not get drafted, but did go to rookie camp with the Washington Capitals before returning to Windsor and posting a breakout season with 38 goals and 85 points in 66 games that left him 15th in league scoring.

When the final list was made public on Thursday, the 19-year-old Maggio again found himself back on it this year at No. 103 on the list of North American skaters.

“I knew it was a possibility,” the 5-foot-11, 186-pound Maggio said. “Going through it before, you know the other side of not getting drafted.

Tecumseh’s Spencer Sova is the area’s highest-rated player for this year’s draft although he slipped from No. 38 in the mid-term rankings in January to No. 80 in the final rankings.

A 6-foot, 185-pound defenseman, Sova had nine goals and 28 points in 64 games in his rookie season with the Erie Otters and was also an alternate captain for Canada at the recent World Under-18 Hockey Championship in Germany.

“My goal has always been to play in the NHL and I hope the opportunity presents itself,” Sova said.

Like Maggio Belle River’s Brett Brochure is also ranked once again for this year’s draft. However, Brochu, who made Canada’s world junior team this year, slid from No 16 on the list of North American goalies to No. 31.

Like Maggio, Brochu doesn’t focus on the draft, but simply on getting better.

“My first year, I was a bit shaken up about it, but now I don’t even look at that and just keep trying to improve,” the 19-year-old Brochu said. “Teams want players that give them the best chance to win.”

The final list was tough for prospects with local ties. London forward Colton Smith, who is the son of former Spitfire captain and coach DJ Smith, slid off the list after being No. 129 in the mid-term rankings. Spitfires’ forward Ryan Abraham, who has taken on a greater role with the club throughout the season, also failed to make the final list after being No. 210 in the mid-term rankings. Despite appearing in 63 regular-season games and all six playoff games, 6-foot-2, 192-pound Spitfire defenseman Nicholas De Angelis has never been rated this season.

“To me, this is really confusing,” Spitfires’ general manager Bill Bowler said. “These guys, in my opinion, are NHL picks and hopefully they keep playing (in the playoffs) and prove the scouts wrong.

“Anyone who has watched Ryan over the 20 games will have them on their list. Guys that can skate and make plays are hard to come by and Nick and Ryan just have to stay focused and good things will come.”