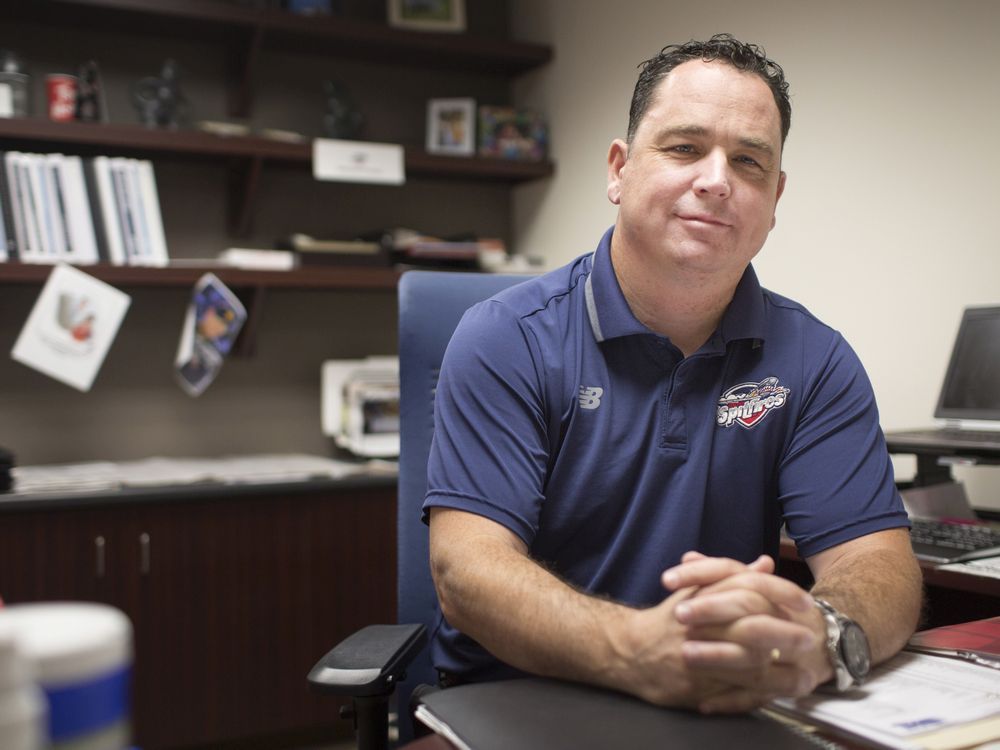 The Windsor Spitfires went hunting for a late-developing gem on Thursday in the Ontario Hockey League Under-18 Draft.

Spitfires’ general manager Bill Bowler selected three players that were bypassed a year ago when COVID-19 eliminated the season for most players in minor hockey.

“We get three more looks at these kids and give them a chance to make our hockey club,” Bowler said. “Each kid did something to catch the eyes of our scouts.

“We watch a lot of hockey, saw a lot in their minor-midget year and things change when they go to major midget and coaches used you differently.”

Defenseman Cameron Eke had his season wiped out by the pandemic a year ago and wasn’t surprised to go undrafted.

“I was about 5-foot-9 and 150 pounds before last year’s draft,” said the 17-year-old Eke, who is now 6-foot-2 and 175 pounds. “It was tough after last year and disappointing and some guys that don’t get taken give up and don’t believe, but I think I became more motivated to show people who I am and what I can do.”

The St. Catharines native played for the Niagara North Stars under-18 team where he had seven goals and 17 points in 21 games. He also got into 10 junior B games with Niagara.

“We liked him in his draft year and knew he had a good brain and hopefully he can take advantage of this opportunity,” Bowler said.

The Spitfires will lose Louka Henault and Andrew Perrott to graduation after this season, which means there will be opportunities on defense.

“I just have to become stronger over the summer to give myself the best chance to crack the lineup,” Eke said. “It’s definitely an exciting day for all my work throughout the season.”

Goalie Tre Altiman was the only player taken from the Windsor Jr. Spitfires Zone AAA team in Thursday’s draft. Altiman, who is from Chatham, joined the club this year after spending most of his minor hockey time with the Chatham-Kent Cyclones.

“I have played up a lot during his minor hockey career,” Bowler said. “He isn’t the biggest goalie, but he finds a way to stop pucks and performed well.”

In 17 games this season, the 5-foot-10, 161-pound Altiman posed a 2.03 goals-against average and one shutout with the Junior Spitfires.

Windsor closed out the draft by selecting 17-year-old center Alec Stewart, who plays for the Mississauga Reps under-18 team and also got some time in junior B with Brantford.

“He can win draws, kills penalties, is a hard worker and just a good teammate. He’s off to the Telus Cup and to hopefully win a national championship.”

Since the draft was introduced in 2017, the Spitfires have had just two players play a regular-season game with the team. Goalie Matt Tovell, who was a second-round pick in 2019, played parts of two seasons and 10 games. Forward Jackson McLlwain, who was a third-round pick in 2020, got into two games with the club this past season.

“Kids develop at different times and we think these three are real competitive players and create depth,” Bowler said.