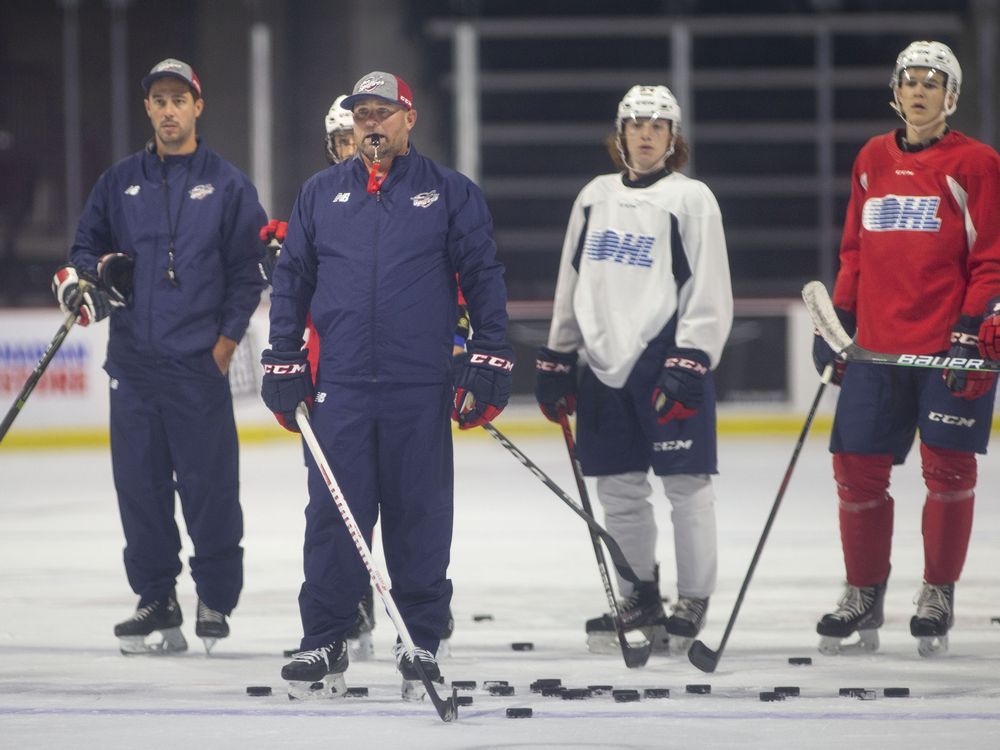 Four days after securing a spot in the second round of the playoffs, the Windsor Spitfires finally had an opponent to focus on.

Third-seeded Flint held off Owen Sound on Wednesday in Game 7, but the Rangers rallied to win the final two games of the series and just the second-seeded London Knights capped by an overtime win in Game 7.

Kitchener heads to Windsor on Saturday to open the best-of-seven Western Conference semifinal series at the WFCU Centre. Game time is 7:05 pm

“I went to that game in London,” Spitfires’ head coach Marc Savard said Thursday. “It was a good one.”

While the Spitfires waited to see who would be the team’s next opponent, Savard said the focus was more on how the club could improve its overall game after taking out eighth-seeded Sarnia in the first round.

“We’ve just worked on things,” Savard said. “Monday was a good, hard battle practice where we weren’t preparing for anybody. Tuesday and Wednesday were the same and more speed practices. (Thursday) we got into Kitchener for about 15 minutes and different situations and we’ll do more on Friday.”

Game 2 of the series is Sunday at the WFCU Center at 7:05 pm before the series shifts back to Kitchener for Game 3 on Tuesday and Game 4 on Thursday.

“We’re all fired up,” Spitfires’ forward Matthew Maggio said. “Coach did a great job of not making us look at our opponent early this week.

“At the end of the day, it doesn’t matter who we play, but how we play. We have to bring our A game and our level of compete at practice this week has probably been the best we’ve had all year.”