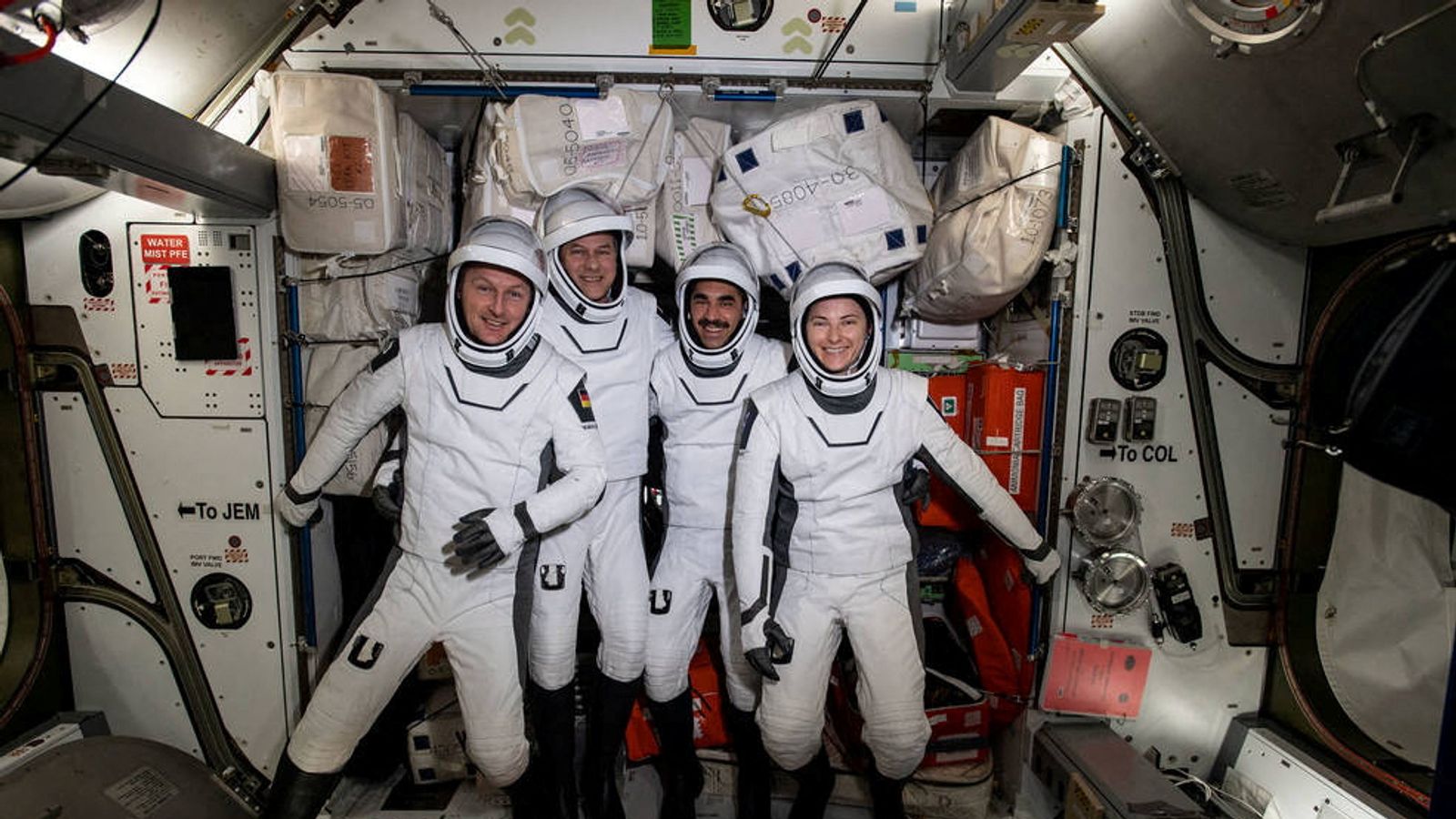 In another successful journey for SpaceX four astronauts returned home from the International Space Station (ISS) in the early hours of this morning, splashing down in the Gulf of Mexico.

When the three Americans and one German astronaut went off-world six months ago there were no questions about ongoing cooperation between the US and Russian teams maintaining the orbital outpost.

But sanctions imposed as a result of Russia‘s invasion of Ukraine have changed that calculus. Recent comments from Roscosmos head Dmitry Rogozin have prompted concerns about the immediate future of the project.

Last weekend Mr Rogozin sought to address fears about a sudden Moscow withdrawal when speaking to state television, stressing that Roscosmos would give POT a year’s notice before pulling out.

The statement of faith seemed to be what NASA and the European Space Agency needed. Three more Americans and an Italian astronaut replaced the departing spacefarers in another SpaceX launch last week.

NASA administrator Bill Nelson said in late April that he expects Russia to continue participating in the ISS regardless of the sanctions beyond 2024.

Despite hostilities on Earth the astronauts have not reported any difficulties and the mission control teams in both Houston and Moscow have continued to cooperate without challenge.

The international operating agreement covering the ISS – which Russia has signed – lasts until 2024 and NASA plans to continue operating the station until 2031.

Crashing the ISS into a ‘spacecraft cemetery’

But in plans published for the future of the ISS, the space agency has suggested the 444,615kg structure could be taken out of orbit in January 2031 and crashed into a “spacecraft cemetery”.

In the perfect scenario, the space station’s orbiting altitude will be slowly lowered from its current altitude of 408km (253 miles).

As the altitude of the ISS drops it will encounter an ever-denser atmosphere, adding more drag and pulling it lower still.

The space station will still be traveling so fast that it will begin to heat and cast off debris in a path behind it.

The plan to avoid this debris damaging people or property is to have the ISS crash into an uninhabited area of ​​the south Pacific Ocean, near to Point Nemo.

Point Nemo has been called a spacecraft cemetery because – as the point on the Earth most distant from any land – it is where decommissioned spacecraft are typically aimed when returning to the Earth.