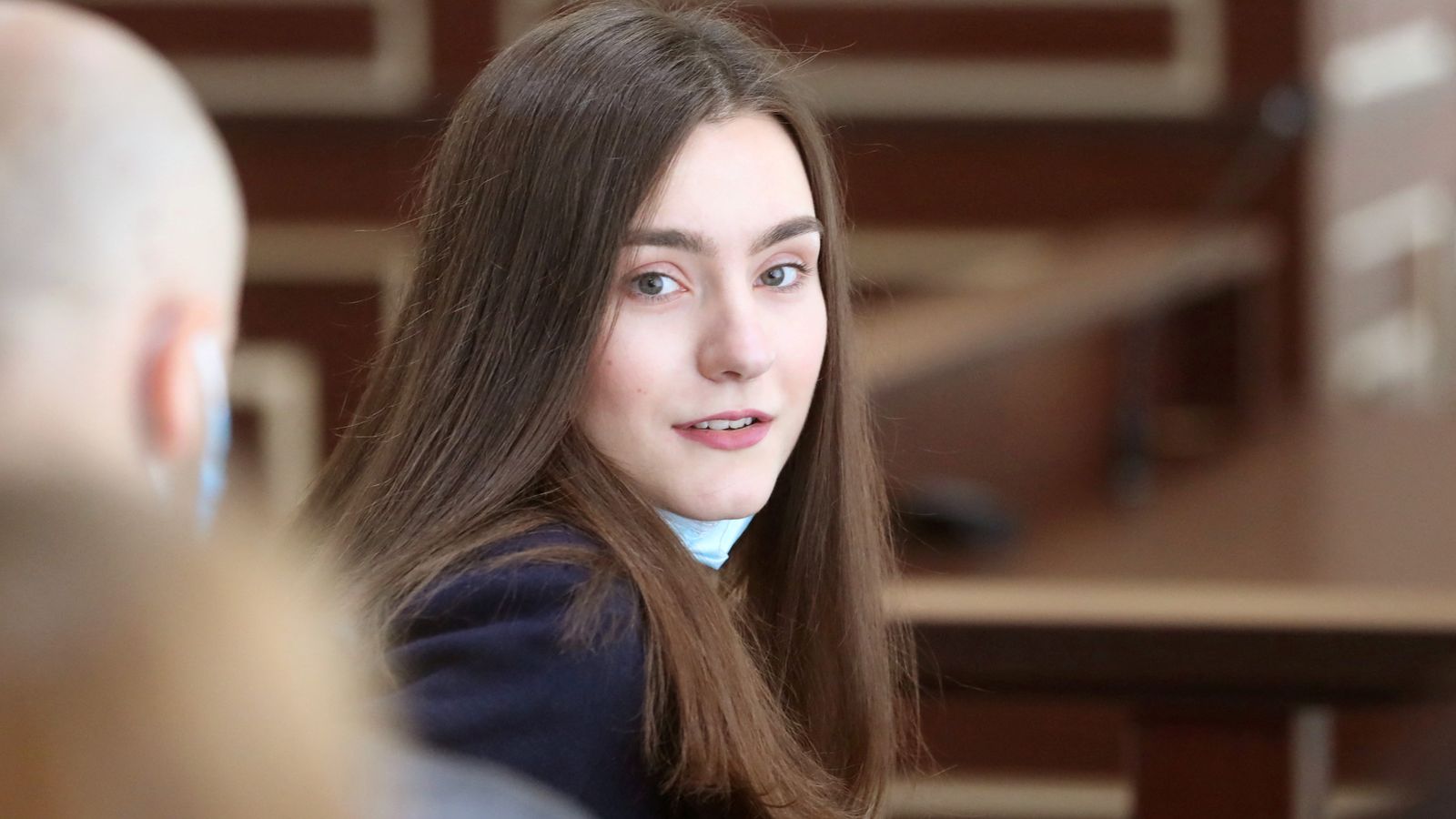 A woman detained after her Ryanair flight was forced to land in Belarus last May has been jailed for six years.

Sophia Sapega and her activist boyfriend were flying from Greece to Lithuania when the plane was flanked by a fighter jet and forced down over an alleged bomb threat.

Western countries said the actions of belarus were akin to air piracy and the European Union banned the country’s airlines from its airports and airspace.

She was convicted on Friday of charges that included inciting social hatred. Her lawyer said they would ask President Vladimir Putin to intervene, as she is a Russian citizen.

Ms Sapega ran a channel on the Telegram messaging app that published data on government and military staff involved in the brutal suppression of mass protests in Belarus in 2020.

The unrest came after President Alexander Lukashenko, a key ally of Mr Putin, won a disputed sixth term which many thought was rigged due to the 80% of votes he claimed to have won.

Roman ProtasevichMs Sapega’s boyfriend, was editor of another Telegram channel, Nexta, which helped organize the protests in the capital Minsk.

He was moved to house arrest in June last year but has not yet gone on trial.

As many as 200,000 people a day protested in Minsk during the demonstrations, which lasted several months.

They called for free and fair elections in a bid to oust the man that some have described as Europe’s last dictator – President Lukashenko has ruled the country since 1994.

Tens of thousands of people were detained during the demonstrations and there were widespread reports of beatings and “snatch squads” bundling people into vans.