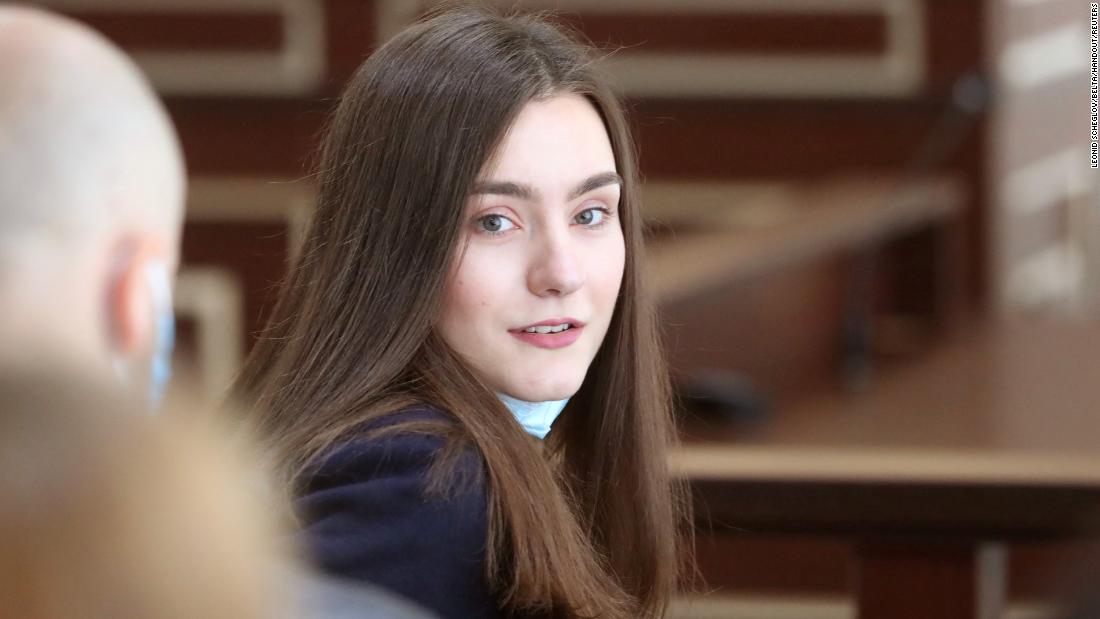 “The court finds Sapega guilty on charges of ‘deliberate acts aimed at inciting social enmity and discord on the basis of social affiliation committed by a group of persons, which had serious consequences,'” said the verdict issued at Grodnensky District Court in Belarus.

The court on Friday also said Sapega was found guilty of illegally collecting and distributing personal data. She was sentenced to a month-long incarceration for this crime, and she also had to pay damages amounting to 167,500 Belarusian rubles (or roughly $65,000). The verdict can be appealed within a period of 10 days.

Last May, Belarusian authorities took the extraordinary measure of diverting to Minsk a Ryanair flight from Athens, Greece heading to Vilnius, Lithuania, claiming there was a bomb threat.

On the flight was Sapega and her partner Roman Protasevich, the founder of the Telegram channel Nexta. They were both arrested in Minsk and were placed under house arrest in late June 2021, according to TASS.

Protasevich has since appeared multiple times in state-controlled or pro-government media. In one video posted to a pro-government social media channel, he says he “confessed” to “organizing mass riots” in Minsk – an admission his family and supporters of him believe he was forced.
He was one of dozens of Belarusian journalists and activists campaigning in exile against Belarus’ authoritarian President Alexander Lukashenko’s 27-year rule.

Nexta helped mobilize protests against Lukashenko, and has been recognized “as an extremist site in Belarus,” according to TASS.

The plane’s interception and the couple’s arrest drew worldwide condemnation of Lukashenko, known as “Europe’s last dictator,” whose iron grip on his country has become increasingly forceful in recent years.

The protests pushed the strongman closer to Russian President Vladimir Putin, who has provided Belarus with hundreds of millions of dollars in financial aid. Belarus has since played a key role in Russia’s invasion of neighboring Ukraine.

When asked to comment on Sapega’s sentencing, Kremlin spokesman Dmitry Peskov said Russia “will continue to protect her legitimate interests” as she is a Russian citizen.

“We really do not like it when someone comments on the decisions of our court, and we will not comment on the decision of the friendly court of Belarus,” Peskov said during a daily call with reporters.