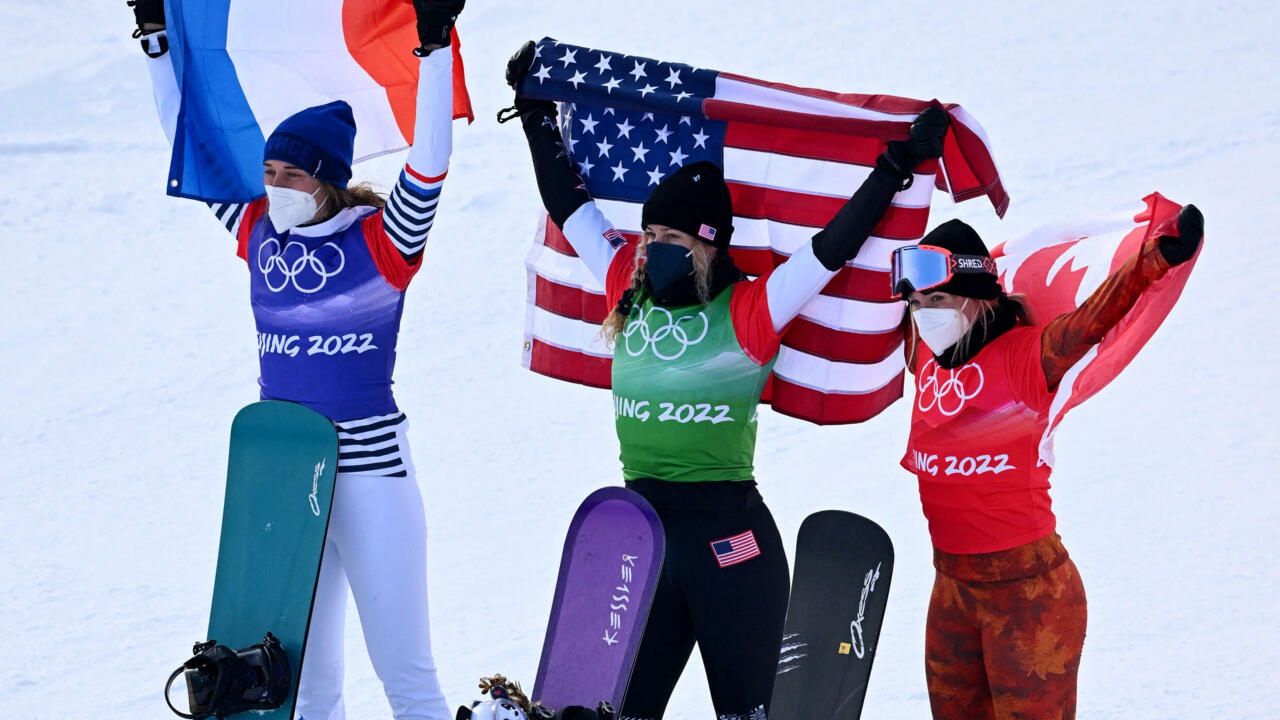 Lindsey Jacobellis won the first gold medal for the United States at the Beijing Olympics when she took snowboard cross gold on Wednesday and finally found redemption after her career-defining fail at the Turin Games 16 years ago.

Jacobellis was within meters of winning the event in 2006 – the first time it was included in the Games – when she threw in a showboating trick trying to grab her board, only to fail and get overtaken at the line.

She missed out again after various mishaps in the next three Olympics and although she has an astonishing list of world championship, X Games and Crystal Globe titles to her name, she was always desperate to make amends for Turin.

She did so with a dominant display, made all the sweeter as it secured the first US gold of the Games.

Chloe Trespeuch of France took the silver and the bronze went to Meryeta O’Dine of Canada.

“That (2006) is a very famous story in snowboard cross and to see her come home with the gold… it’s honestly really cool to see,” O’Dine said.

Sochi bronze medalist Trespeuch’s performance was not a surprise as the 37-year-old has secured four podium spots this season.

O’Dine also returned to the Olympic cross course after she suffered a concussion in a crash during practice and with drawn from the Pyeongchang Games four years ago.

Snowboard cross is measured based on athletes’ times finishing the course, with a distance of 1,310 meters and is filled with various elements, including turns, drops and jumps.