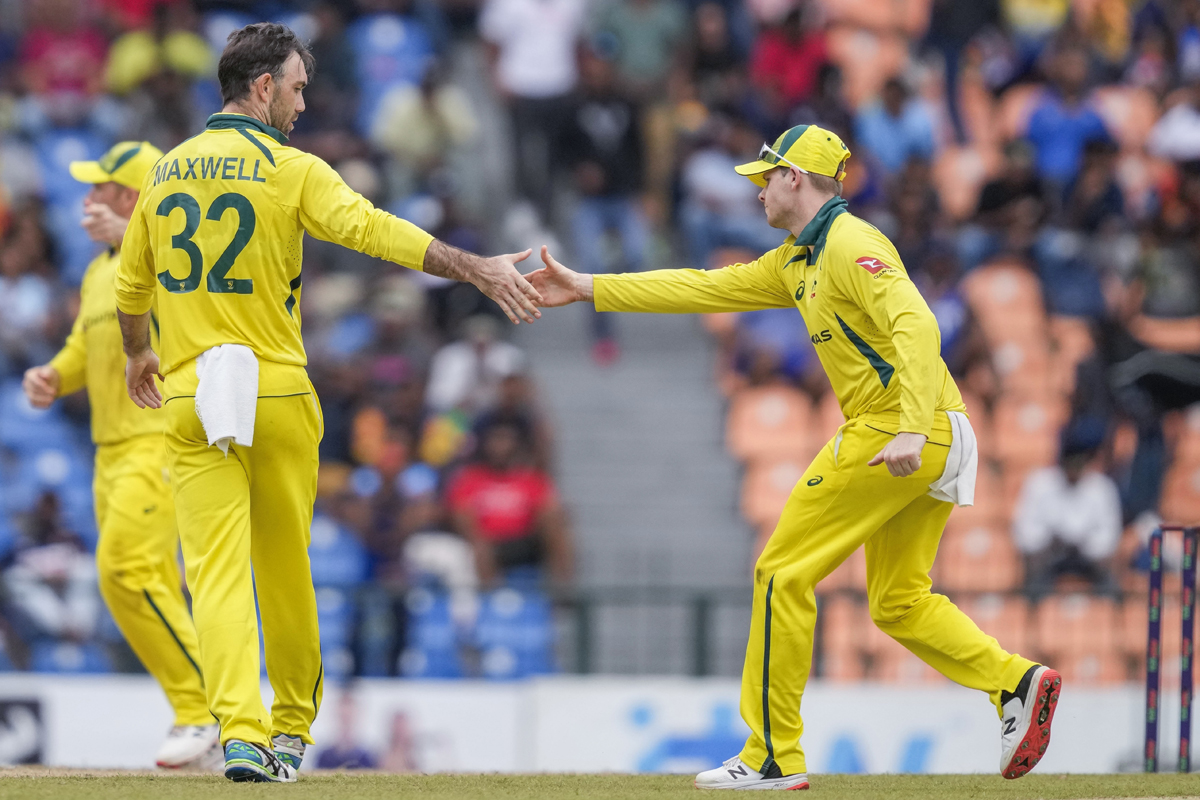 Chasing 216 for victory off 43 overs under the Duckworth-Lewis-Stern method on Thursday (Friday AEST), Australia was on track at 5-170 with Glenn Maxwell in hot form at Pallekele.

Sri Lanka had posted 9-220 in 47.4 overs before a rain delay of more than two hours halted proceedings.

The home side’s fighting victory has leveled the five-match series at 1-1.

Sri Lanka paceman Chamika Karunaratne was the hero with 3-47, snaring the key scalps of Smith and Maxwell to go with his run-out of Carey.

Smith called for medical attention after pulling up lame while pushing hard for a second run during Australia’s unsuccessful run chase.

The 33-year-old received strapping to his thigh area on his left leg, and was able to bat on.

Smith was dismissed a few overs later for 28.

With the two-Test series against Sri Lanka starting on June 29, Australia will be hoping Smith’s setback is nothing more than a minor niggle.

Australia has endured a horror run with injuries during the tour, with Ashton Agar (side), Marcus Stoinis (side), Sean Abbott (finger), Kane Richardson (hamstring), Mitchell Starc (finger) and Mitch Marsh (hamstring) all injured .

Stoinis, Abbott and Richardson have already been sent home, while Agar is no guarantee to play again on tour.

“I’m definitely not playing any more of the one-dayers,” Agar said.

“Hopefully, maybe around the second Test match (I can return), being optimistic.”

Agar’s injury had a silver lining, with debutant spinner Matthew Kuhnemann proving he will be more than a handy back-up ahead of next year’s ODI World Cup in India.

Kuhnemann snared 2-48 off 10 overs in an impressive ODI debut, with the left-armer adapting to the conditions expertly.

Mitchell Swepson struggled at times in just his third ODI appearance, finishing with 1-58 off his 10 overs.

But it was the performance of Kuhnemann that would have given the national selectors the biggest satisfaction given the need for spinning depth at the 2023 ODI World Cup.

“We were on our way to get on the team bus for the Aussie A squad,” Kuhnemann explained of his call-up.

“I got a tap on the shoulder from the selector on tour, and he told myself and (Travis) Head to pack our bags and get to Kandy as soon as possible.

“It’s been pretty crazy. Pretty overwhelmed at the moment.

“I was so nervous. When Finchy told me I was going to open the bowling alongside Josh, I didn’t know what to expect.”