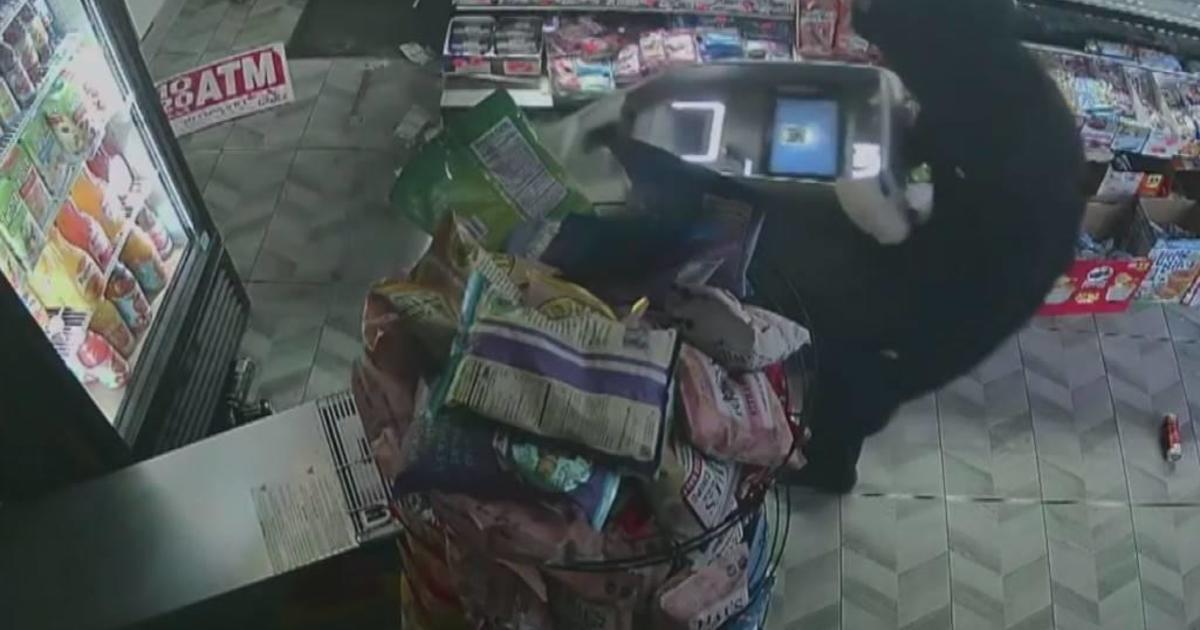 NEW YORK – The NYPD is looking for five suspects in a string of ATM thefts in Brooklyn and Queens.

One incident was caught on video.

Police said it shows the suspects stealing an ATM from a deli in Cypress Hills overnight on May 24.

According to investigators, the same group is wanted for 37 similar thefts and two car thefts since December.

It’s believed the suspects have stolen at least $60,000 in cash.