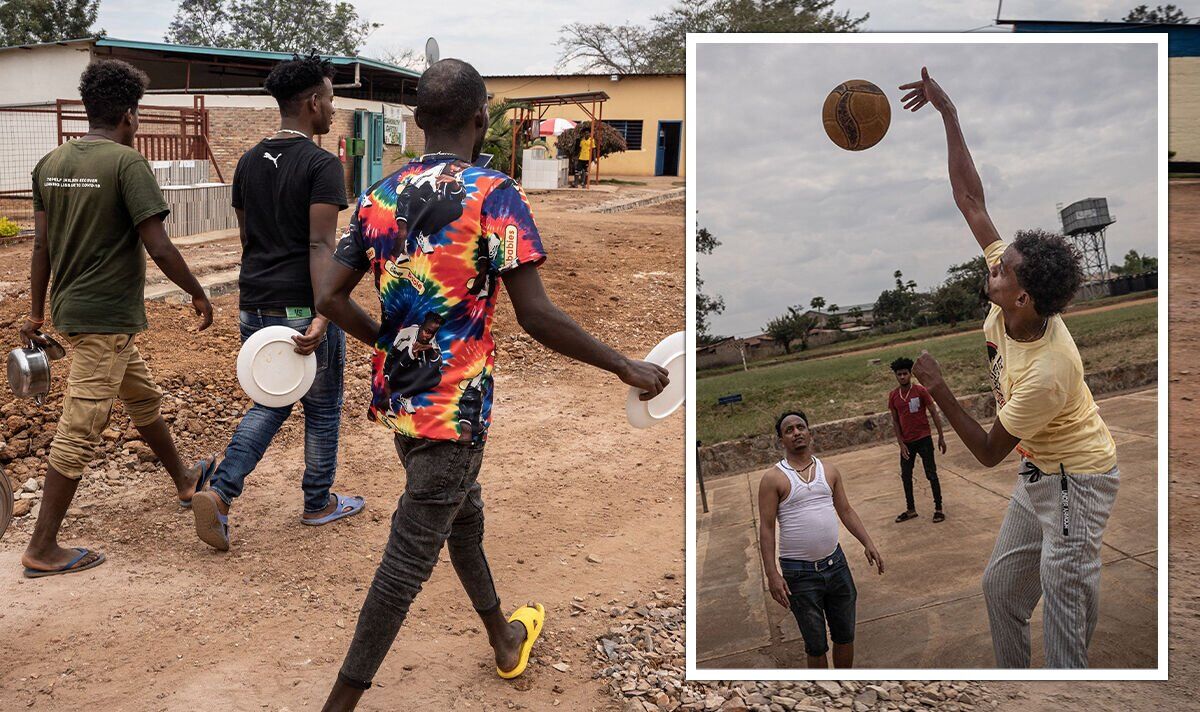 Earlier this year the United Nations High Commissioner for Refugees (UNHCR) celebrated the successful evacuation of 119 vulnerable asylum seekers out of Libya to safety in Rwanda. Libya, in North Africa, has become the focus of humanitarian work in recent years as thousands of undocumented refugees either end up stuck in the country hoping to reach Europe or find themselves people trafficked, stuck in a cycle of discrimination and slavery. The group of men, women, and children sent to Rwanda — the youngest being less than one year old — were from Eritrea, Sudan, South Sudan, and Somalia, and had mostly been living in areas of Tripoli, the capital.

Others, it is believed, had been held in detention camps, often for several months at a time.

The group joined 269 other refugees and asylum seekers at the Emergency Transit Mechanism (ETM) in Gashora, Rwanda.

It is there that the UNHCR provides assistance to them, including shelter, food, medical care, psycho-social support for vulnerable cases, activities for children, and language courses.

Djamal Zamoum, UNHCR’s acting Chief of Mission in Libya, in late March said: “These evacuation flights out of Libya continue to provide hope and safety to refugees and asylum seekers trapped in Libya.

“Their success lies in the generosity of donors, and the good cooperation and coordination with Libyan and Rwandan authorities.

“However, additional effort is needed from other countries to speed up the implementation of durable solutions from Rwanda and provide more resettlement opportunities for the most vulnerable refugees from Libya.”

Rwanda has in recent months taken center stage in the headlines after its government struck a deal with the UK to absorb asylum seekers who had crossed into Britain.

While many hailed it as a way to safely relocate asylum seekers, humanitarian groups condemned the plans as yet another blow to the rights of people fleeing war and persecution, as well as other crises.

Torture: Some asylum seekers claim to have been tortured while held in Libya (Image: GETTY)

This week, a flight which was expected to take up to seven people to Rwanda from the UK was canceled minutes before take-off after a late intervention from the European Court of Human Rights (ECtHR).

The court — which is not connected to the EU and which the UK is a part of — issued fresh challenges to the UK’s decision, with the plans now thought to be on ice.

Home Secretary Priti Patel said she was “disappointed” but added: “Preparation for the next flight begins now.”

But James Wilson, from campaign group Detention Action, told the BBC how the rare intervention “shows how potentially dangerous” the Rwanda removals are.

Patrols: A migrant boat is found just off the coast of Libya (Image: GETTY)

He explained that the court had recognized no one should be forced onto a plane until the new policy, struck only in April, was scrutinized in a High Court hearing, set to take place next month.

The Rwanda asylum plan will see some asylum seekers who reach Britain given a one-way ticket to the East African country to claim asylum there instead.

They may then be granted permanent status to stay in Rwanda, or, if not, they can apply to settle there on different grounds.

A third option can see them seek asylum in a “safe third country”.

Priti Patel: The Home Secretary is said to be hopeful that the next flight will take-off (Image: GETTY)

The policy does not cover all asylum seekers who reach the UK: the Government says it is aimed at those who arrive in the UK through “illegal, dangerous or unnecessary methods”.

This could include on small inflatable boats or hidden in lorries, when they have passed through countries that they could have claimed asylum in.

Prime Minister Boris Johnson has said that “anyone entering the UK illegally” after January 1 could be sent, with no limits on the numbers of those eligible.

Thirty-seven people were originally thought to have been listed for the flight to Rwanda, but previous legal challenges already meant that that number was reduced.

Under the deal, Rwanda can similarly ask the UK to take in some of its most vulnerable refugees, but has said this will be limited to “outlier” cases.

On arriving in Rwanda, asylum seekers will be given accommodation in hotels which will cost an estimated £4.7million-a-day.

The set-up has received criticism as some hotels will require the asylum seekers to share rooms, raising questions of privacy.

The total asylum costs for the British Government will total £1.5billion-a-year.

Rwanda’s government has a bad reputation among human rights groups who say it is guilty of repressing its own people.

President Paul Kagame’s government, which has ruled since 1994, was previously accused of sending death squads to kill dissidents in exile.

It is unclear when and if the UK will send any asylum seekers to Rwanda, but Government officials have insisted that the plans will go ahead.