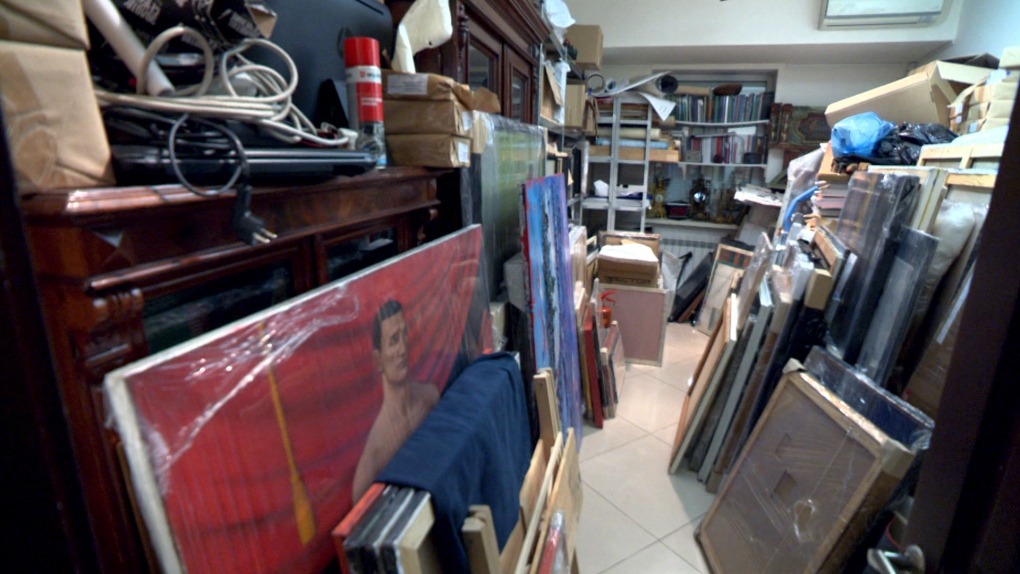 In the capital of Ukraine, where the threat of Russian attack has been diminished but not eliminated, the owners of an art gallery are striving to protect priceless works of art in case the city is struck again.

In Kyiv, many buildings are boarded up out of fear of another attack — one of which is an art gallery that houses countless paintings and artifacts.

Although the front is still blocked, its owners have been entering the building through a hidden entryway that opens into a closet in the gallery, all in an effort to move the art to safety.

Inside, a few pieces remain because the gallery owners say they want to retain some semblance of normal.

But the most valuable paintings once displayed on these walls are now stored in vaults to prevent them from being plundered by Russians.

It’s not the only way Ukrainian art is being supported right now — in a remarkable expression of patriotism, the owners say the value of Ukrainian art has emerged, mostly from wealthy domestic collectors.

In February, several works by Ukrainian artist Maria Prymachenko were destroyed at a museum near where she grew up in an attack by Russian forces.

Prymachenko, who died 25 years ago, painted fantastical, colorful pictures inspired by Ukrainian folklore and wildlife. The Foreign Minister of Ukraine tweeted shortly after the Ivankiv Museum was struck that around 25 of her paintings by her had been burned in the attack.

Over the last few weeks, her work has been brought to the forefront again as a symbol of peace, with one image of a dove with its wings spread being repainted into murals and projected on buildings at international rallies for Ukraine.

And tonight, a piece of art by the 20th-century master, praised by the likes of Picasso, was sold at auction.

Its value going into the auction was estimated at US$20,000. The winning bid? Half to million.

Proceeds from that sale will be donated to the Ukrainian military, joining the US$6.5 billion dollars in humanitarian aid which was pledged by international donors at a conference in Warsaw Thursday.