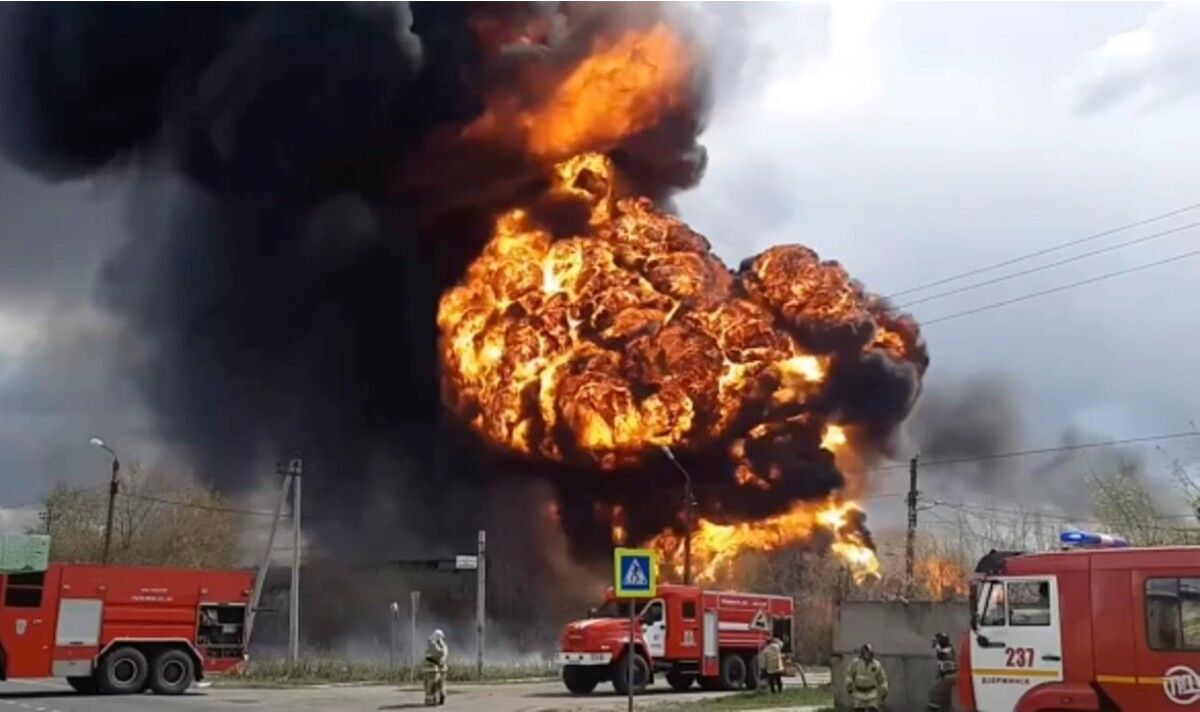 Multiple rail tankers containing solvents exploded at a factory in Dzerzhinsk, a city 250 miles east of Moscow. More than 150 emergency workers were called out to the scene, where they spent nine hours battling the blaze. The fire, which occurred at around 11am on Wednesday, was spread across 2,500 square meters.

Massive plumes of smoke were visible rising up from the factory.

This comes as numerous facilities across Russia, many with military links, have been hit by mystery fires.

The incidents have caused speculation of possible sabotage by Ukraine as part of a fightback against Putin’s invasion.

For example, an explosives plant and an enlistment office were both targeted, with the latter being struck by Molotov cocktails.

A total of 22 people were also killed in a fire, which took place at a missile design research institute, owned by the Russian Ministry of Defence.