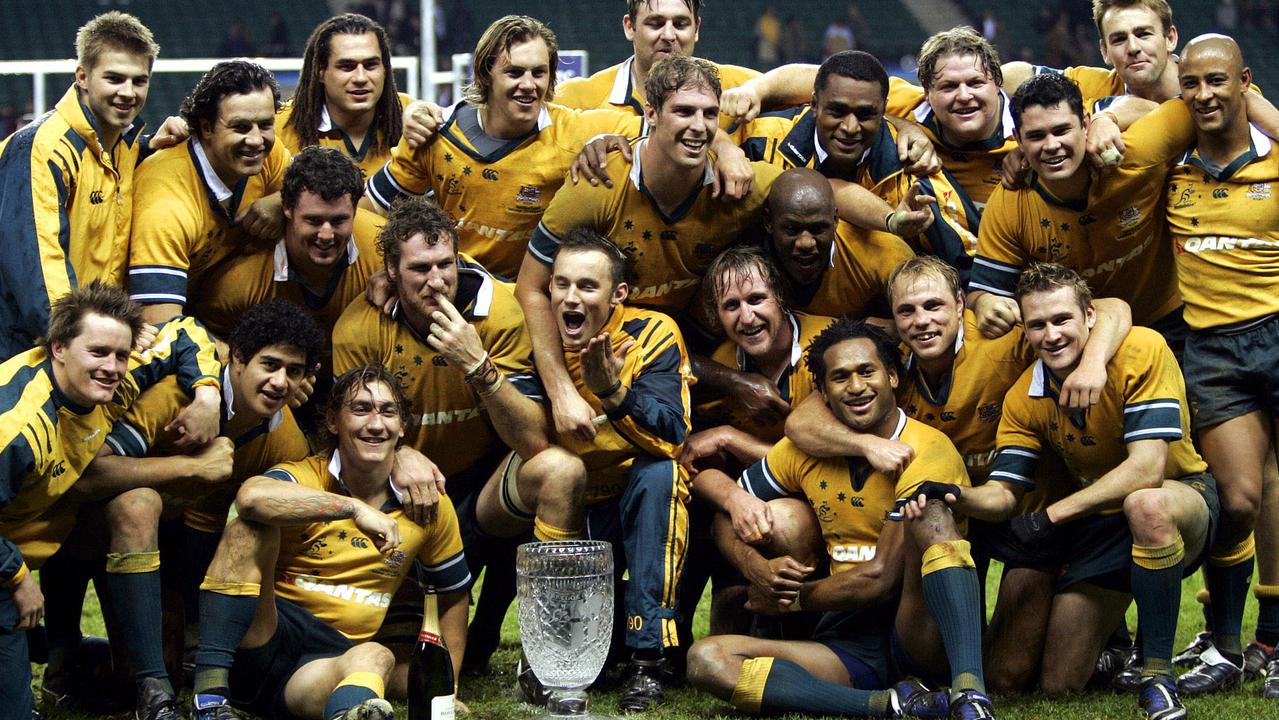 The 25-year-old crystal trophy named in honor of British explorer Captain James Cook is set to be rebranded and replaced.

The Wallabies will reportedly no longer contest for the Cook Cup when facing England in Test rugby, with the crystal trophy set to be rebranded in an attempt to better represent the sport’s history.

Since the start of the professional era of rugby union, Australia and England have fought over a 25-year-old crystal trophy named after Captain James Cook, the British explorer credited with discovering Australia in the 18th century.

But as first reported by the Sydney Morning Heraldthe Cook Cup will be replaced by the Ella-Mobbs Trophy ahead of this winter’s three-Test series in Australia.

The new trophy is named after Indigenous Wallabies great Mark Ella, regarded as one of Australia’s greatest fly halves, and English war hero Edgar Mobbs, who represented England in seven Tests before he was gunned down in France in 1917.

Rugby Australia and the RFU agreed on the change, which will be announced ahead of the first Test at Perth Stadium in July.

“Australia and England first played against each other in a Test match in 1909 in London,” an RFU spokesperson told The Times.

“With such a vast history between them, Rugby Australia and the Rugby Football Union made the decision that the trophy should better represent the proud rugby history of both nations.”

Cook has become a divisive figure in recent years – a statue of the British sailor in Melbourne was vandalized on Australia Day in January, with the monument doused in red paint by protesters.

“The majority of Indigenous people wouldn’t want that (Cook’s name) on the Cup,” he told the Sydney Morning Herald.

“I don’t have a problem, personally, it doesn’t really worry me. But to do the right thing by Aboriginal people, yeah, I understand why they’ve made that call.

“There is still a lot of angst about that among the elders, so they’re doing the right thing and making an effort to change the name to something more to do with rugby, and to not carry those connotations.

“I just think there is a lot more they could do to encourage Aboriginal kids to play rugby.

“I say this all the time, look at the other codes, AFL and NRL and you see how many fantastic players we’ve got playing in those codes. We have a couple in NSW and the ACT but that’s only a handful of players. There is more work to be done there.”

speaking on 4BCrugby journalist Georgina Robinson confirmed there was “some discomfort” about having Cook’s name on the trophy.

“You can’t erase history,” she said. “He’s a bloke who sailed all that way and mapped the east coast of Australia. His contribution from him will never, ever be erased.

“But Rugby Australia thought that there was a better way to honor the rugby history between Australia and England.

“I think it’s fine to move with the times… but there was a lot of bad, negative fallout to his arrival as well.”

But the announcement has been met with backlash from some commentators, with Sky News presenter Chris Kenny labeling the move a “manifestation of canceled culture”.

“Are we trying to write Captain James Cook out of our history?” Kenny asked.

“We’ve seen his statue vandalized in the past of course.

“Tradition is tradition because it sticks around.

“You shouldn’t abandon traditional honors to suit the zeitgeist of the times.”

The first Test between Australia and England gets underway at Perth Stadium on Saturday, July 2, with kick off scheduled for 7.55pm AEST.