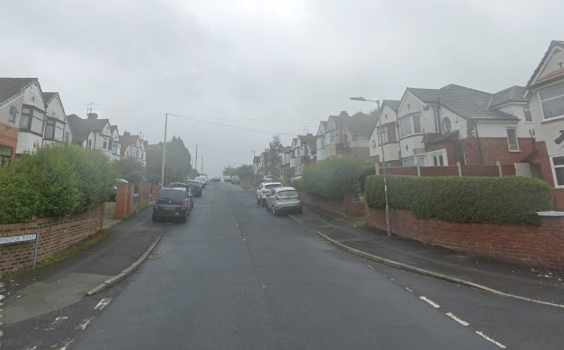 A man was left with a fractured cheekbone after a ‘mindless’ attack on a Prestwich street following a neighbor dispute over a dog.

Shirjeel Choudry, of Poplar Avenue, was recruited along with another friend to attack a man over the disagreement, Minshull Street Crown Court was told yesterday (May 5).

Hartley’s girlfriends’ mother, who lived next door to the mother of the Rafiqs, was unhappy that the dog kept entering into her garden.

The men had arranged to meet on Windsor Road in Prestwich to discuss the matter and after a short discussion, two other men, friends of the Rafiq brothers, joined the conversation.

Both Choudry and Ihtshaam Farooq, of Belgate Close, Manchester, had both been recruited by the brothers to carry out an attack on Hartley.

Farooq, 28, said to Hartley: “You have been cheeky to my auntie, I better give you a few slaps.”

Hartley was knocked to the floor by the strike from Farooq, and whilst on the floor, Choudry, 25, stamped “hard toward his head and face area.”

Amaan Rafiq, 25, threatened Hartley to not go to the police, saying they knew where he lived.

Hartley was left with a fractured cheekbone, a cut under his right eye which required stitches and has left a scare, and retinal haemorrhaging.

Although he was unable to return to his job as an HGV driver for six weeks, Hartley was not left with any ongoing vision impairment.

Defending for Amaan Rafiq, Robert Elias said although he had recruited his friends for a planned attack, “he didn’t anticipate large scale violence” and was not expecting what happened.

Henry Blackshaw, defending for Choudry, said the 25-year-old was on prescribed medication at the time.

This was because he “wasn’t in a good place emotionally” due to the breakdown of his parents’ relationship and the sudden death of a young cousin.

In her summary, Judge Baxter described the attack as “gratuitous, mindless violence.”

She said Amaan Rafiq had recruited “long time friends to hand out some violence” which was “clearly planned”.

She described the incident as “very serious offending” and handed prison punishments to the three men.

Both Choudry and Farooq are to be imprisoned for 10 months for inflicting grievous bodily harm, while Amaan Rafiq was given a seven-month prison sentence for violent disorder.

All three had previously pleaded guilty.

Mohammed Rafiq was not present in court and will be sentenced separately.