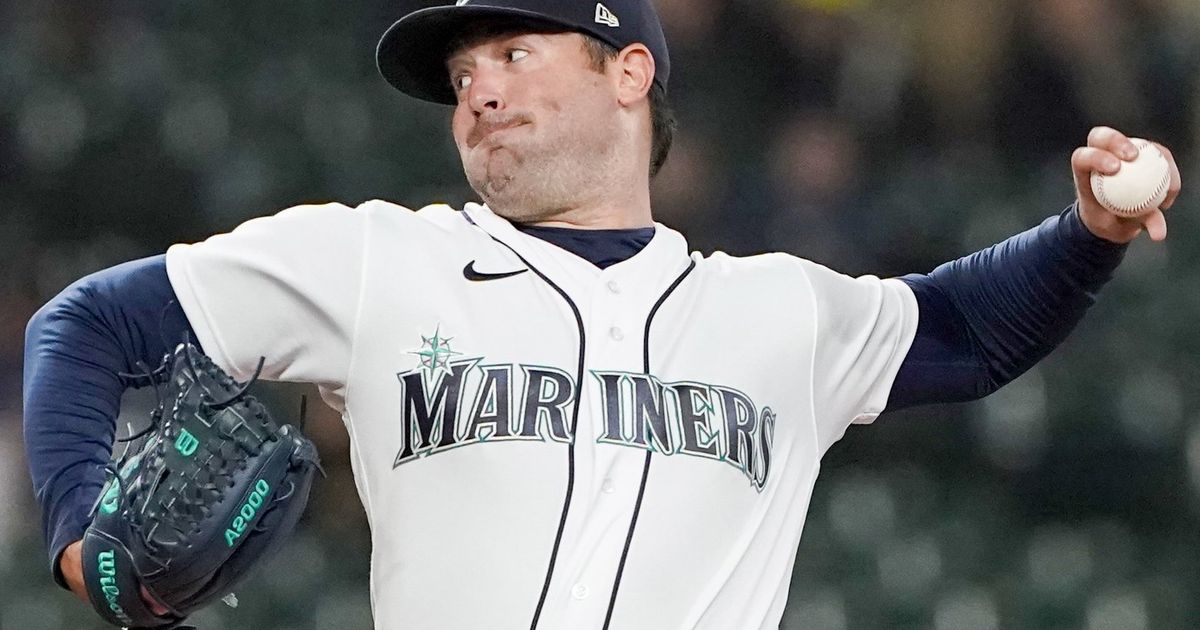 That’s when you hand the ball to the reigning Cy Young — a momentum changer, a capital-A Ace, a cold-hearted assassin in tight white pants. That’s when you ride a barrage of audible grunts and back foot sliders. That’s when, theoretically, you snap the streak.

Instead, Ray surrendered four runs in the top of the fourth inning Thursday, and the Rays held on for a series-opening 4-3 win.

In 6 2/3 innings, Ray allowed seven hits and four earned runs, with five strikeouts and a walk. He was out-dueled by fellow lefty Shane McClanahan — who went 5 1/3 innings and yielded three hits and two earned runs with five punch-outs.

Tampa right fielder Manuel Margot kicked off that fateful fourth with a bunt single to third base, then promptly stole second. After Randy Arozarena struck out, designated hitter Harold Ramirez drove him in with a line drive single to left. Third baseman Isaac Paredes followed with a bloop single to center, which brought up former Mariner Mike Zunino — who did what he does.

Granted, he didn’t do much of anything in his first 17 games. The 31-year-old catcher entered Thursday’s second at-bat with a .132 batting average.

But after Ray fell behind 3-1, he redirected a 93 MPH fastball over the left field bullpen for a towering, all-too-familiar three-run shot.

McClanahan didn’t allow a hit in his first four innings Thursday — mixing 100 MPH fastballs, 90 MPH changeups and sweeping curveballs with unsurprising success. He was also aided by third baseman Isaac Paredes, who laid out to stab a 100 MPH Ty France grounder and end the third inning with a pair of walks stranded on first and third.

But the Mariners’ first hit also doubled as Jesse Winker’s first homer. In his 107th at-bat with the Mariners, the former Cincinnati Red drilled a 94 MPH fastball into the batter’s eye in dead center for a 104 MPH solo shot. The lanky lefty rounded second as T-Mobile Park’s lights flickered on and off, a spark of electricity returning to the building.

The Mariners added a second run in the bottom of the sixth, when third baseman Eugenio Suarez ricocheted an RBI single off the glove of reliever Jason Adam, scoring Ty France from third. But with one out and runners on first and third, Adam rebounded to strike out Julio Rodriguez and induce a Winker flyout to center to extinguish the rally.

And yet, Winker was not the only lefty to crank his first homer as a Mariner Thursday. With two outs in the seventh, Adam Frazier yanked a 92 MPH fastball from reliever Colin Poche inside the right field foul pole for a solo shot that cut the deficit to 4-3. Though Paul Sewald struck out the side in the ninth, the Mariners didn’t manage another hit the rest of the way.

Still, for the suddenly free-falling Mariners, three runs and five hits may have felt like an offensive outburst. But a fallible fourth inning proved too much to overcome.