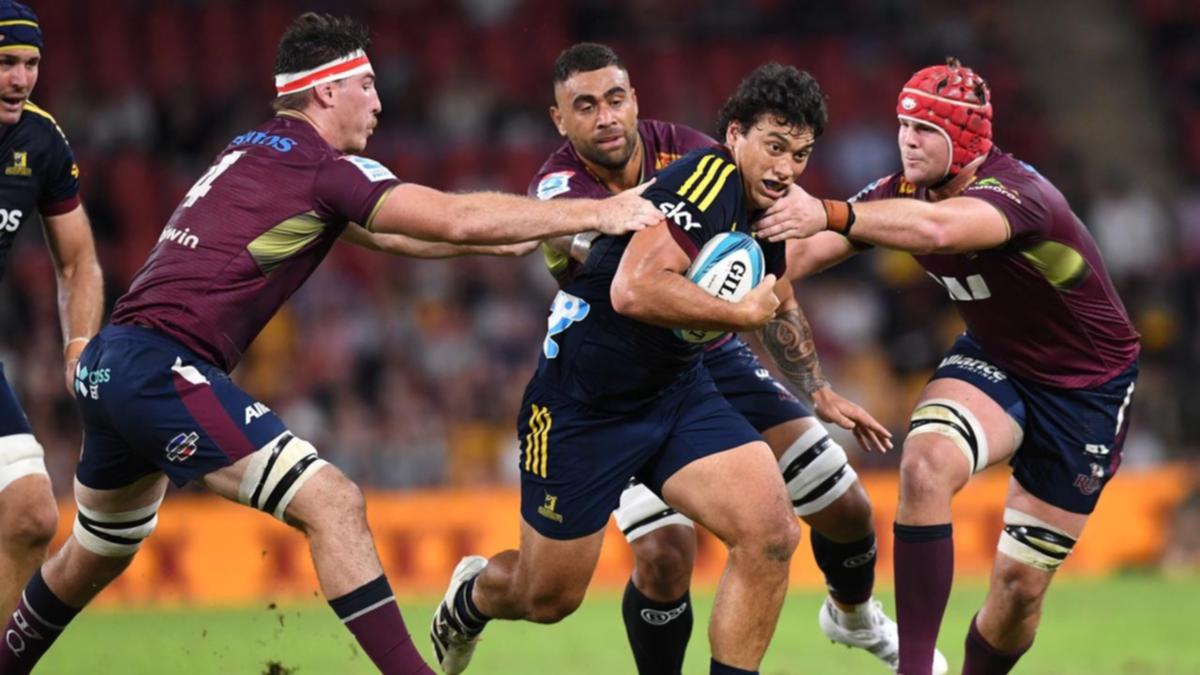 The Queensland Reds’ horror run against New Zealand opponents has continued, coughing up a 12-point lead to hand the Highlanders just their third win of the Super Rugby Pacific season.

The Highlanders copped two overlapping yellow cards in the early stages, giving the Reds an early numerical advantage they seemed to have made the most of.

But the visitors hit back late in the first half, Thomas Umaga-Jensen slipping five tackles to score out of nowhere, and then had a lead nine minutes into the second half.

Injuries have not helped their cause, with Harry Wilson knocked out and taken from the field on the medi-cab attempting to regather a brilliant Jordan Petaia grubber after a linebreak early in the second half.

Influential Wallabies trio James O’Connor, Taniela Tupou and Hunter Paisami were already on the sidelines, the trio sorely missed when the Reds needed to steady and build on a solid start.

Captain Tate McDermott, who was curiously substituted with 10 minutes still to play, was probing all night and seemed to have scored the Reds’ third try in what provided a crucial moment.

He read a Highlanders pass and intercepted swiftly, racing away only to have it disallowed on review for a Petaia knock-on.

But Highlanders’ halfback Aaron Smith steadied his troops and, after Ryan Smith’s try on the back of 17 phases put the Reds back in front, his replacement Folau Fakatava then took the game by the scruff of its neck.

His neat flick pass inside for Scott Gregory to stroll over was then followed up by his own try after the Highlanders forced another turnover and marched 90 meters.

Reds winger Suliasi Vunivalu returned from a hamstring injury but struggled to get into the game.