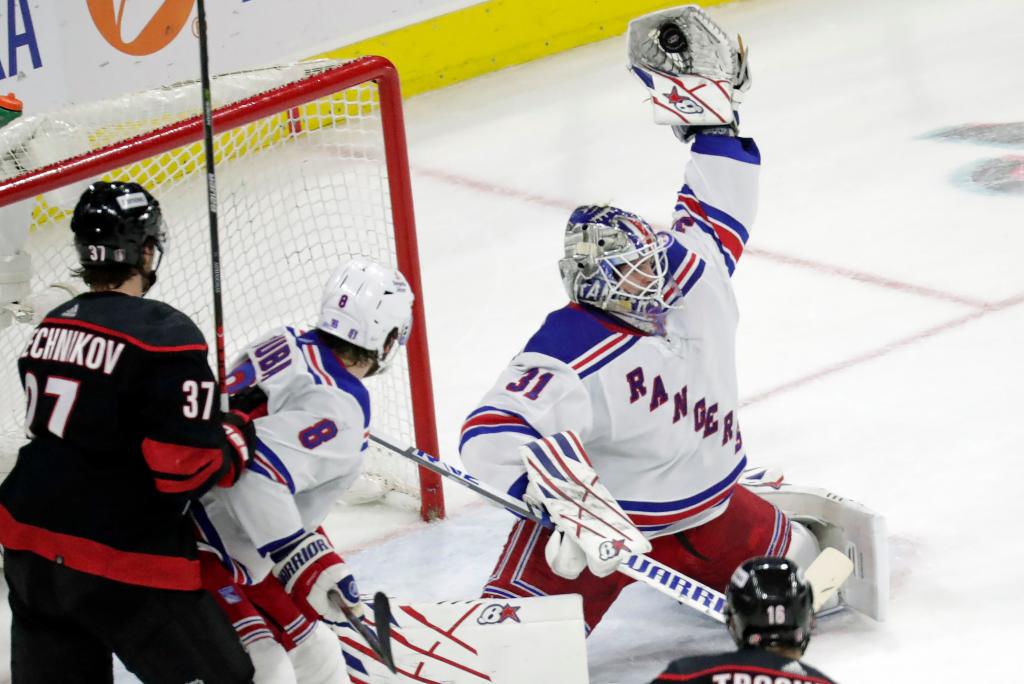 The Rangers have been here before, nearly two weeks ago, trailing by two games in a playoff series and on their heels heading home to Madison Square Garden. This team made coming back their hallmark during the regular season, so why not in the playoffs?

It would save everyone some stress if the Rangers did things differently, but here they are again ahead of what amounts to a must-win Sunday matinee in Game 3 of their second-round series against the Hurricanes. The tone emanating out of coach Gerard Gallant and his team has carried a more positive vibe than it did following their blowout loss to the Penguins in Game 4 of the first round, in which the Rangers were beaten up and down the ice while falling behind 3 -1 in that series.

“There was two good games in a row, we came away 0-2, but I thought we played good hockey,” Gallant said Saturday after the 2-0 loss Friday night at PNC Arena in Raleigh, NC “So we gotta get back to it and get ready to play a big game tomorrow.”

Gallant did not strike the tone of someone ready to make wholesale changes. I have pointed out, not for the first time, that the Rangers had the better of the series opener and that the match Friday was mostly even. That does not change the results, and one goal in more than six periods of hockey does not cut it.

But the Rangers can send the series back to Raleigh tied up if they only hold serve at home.

“You’re in a hole, but it’s been two road games,” Gallant said. “We just gotta make sure we take care of our home ice now. We gotta make sure we win tomorrow. One game at a time and then we’ll worry about Game 4, but they held court [at home]. It’s a long series. Like I said, we’ve been here, done that before.”

The Rangers will take that experience into Sunday. They won three straight do-or-die games against the Penguins. This is not a team that will roll over and play dead.

“I think we learned a lot [from the first round],” Kevin Rooney said. “We’re a resilient group. We’ve been resilient all year and nothing really changed for us, we continue to play the same way. That’s why we had success in that Pittsburgh series. So we gotta stick to what we’ve been doing all year and what’s made us successful.”

The series could look different at the Garden, not just because Gallant can dictate matchups if he chooses. The Rangers have made no secret of the difference made by the crowds all through the playoffs.

“Obviously they got the crowd on their side in their building,” Rooney said. “I thought we did great both nights of coming out and getting pucks out of their zone early and getting the crowd out of it. And now hopefully we can use the crowd at home to our advantage. Our crowd’s been our number one star this playoffs.”

It would, of course, behoove the Rangers if one of their underproducing forwards could be that “number one star” after the next two games. The belief that they will find a way, though, is one of the underpinnings of this team.

As Gallant pointed out, the Rangers were second in the NHL in comeback victories this season, with 27. They are also the first team in playoff history to win three straight elimination games via comeback, and have come back from a 3-1 deficit in a series three times since 2014.

In light of that, a 2-0 deficit doesn’t seem so daunting. And another comeback would be in line with this team’s DNA.