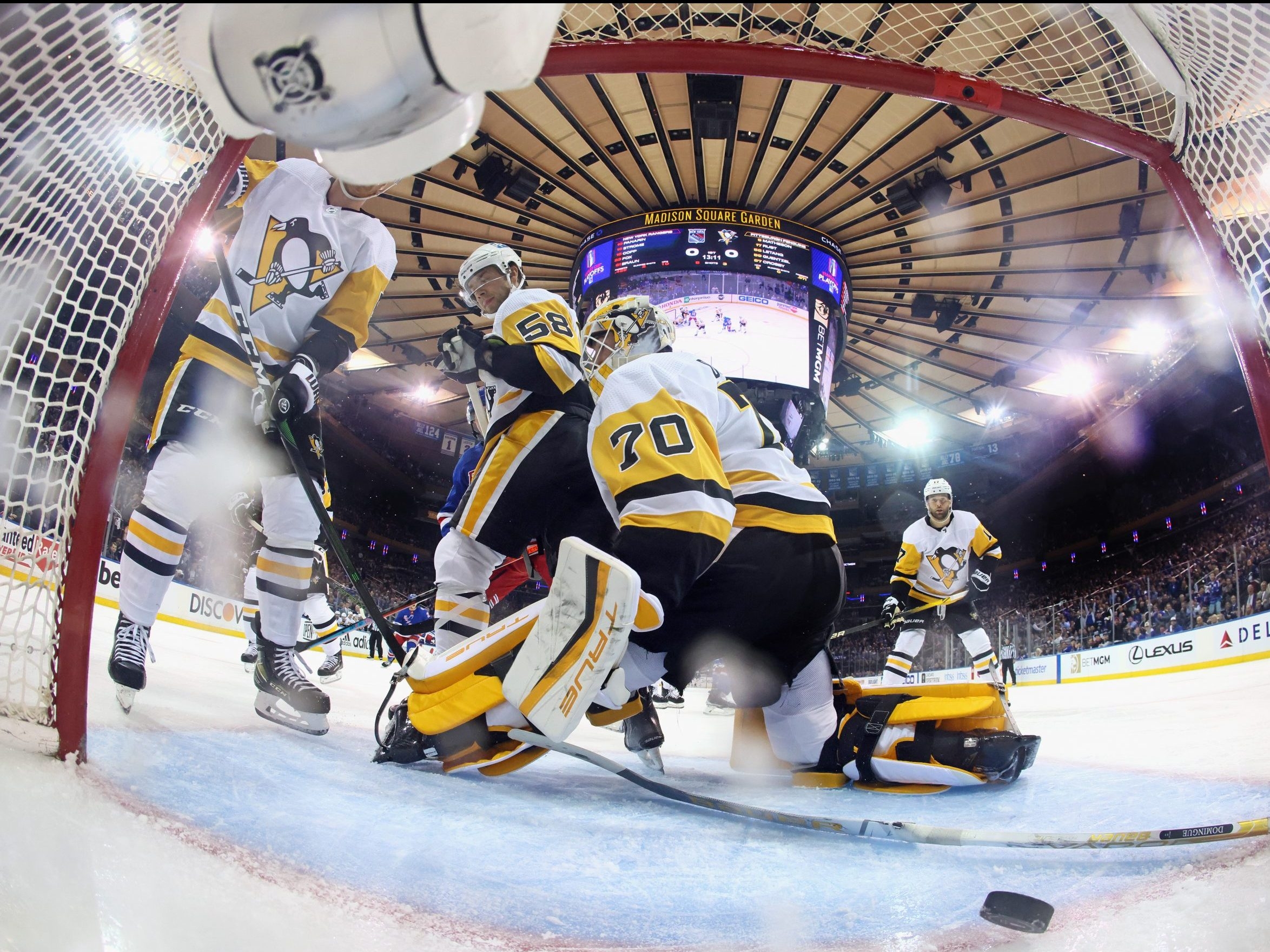 Artemi Panarin scored a key goal with 11:58 remaining and collected two assists for the host New York Rangers, who never trailed in a 5-2 victory over the Pittsburgh Penguins on Thursday that evened their Eastern Conference first-round playoff series at one win apiece.

Game 3 is Saturday in Pittsburgh.

New York’s Frank Vatrano also contributed a goal and two assists. Vatrano scored 1:47 after Panarin as the Rangers rebounded nicely from their triple-overtime loss in the Tuesday series opener.

Panarin scored when his shot from behind the net banked off Pittsburgh defenseman Mike Matheson’s right skate and under third-string goalie Louis Domingue. Vatrano scored when he sped down the right wing, fended off Matheson and lifted a wrist shot by Domingue.

Jake Guentzel collected his third goal of the series for Pittsburgh. Sidney Crosby scored late in the second after setting up Guentzel.

New York’s Igor Shesterkin followed up his 79-save performance in Game 1 by making 39 stops in Game 2. He pulled off stops on Evgeni Malkin and Crosby in the first four minutes of the third when the Penguins took the first nine shots of the period .

Shesterkin was also taken down by Pittsburgh’s Jeff Carter with 2:04 remaining. After Carter appeared to lean into him, Shesterkin fell on his back from him and was attended by trainer Jim Ramsay, resulting in a double minor for Carter.

Domingue stopped 35 shots in his first career NHL playoff start after entering for Casey DeSmith in the second overtime on Tuesday.

The Rangers opened the scoring at 6:50 of the first when Copp’s one-timer from the high slot deflected off Crosby’s stick and Matheson’s skate into the net.

Guentzel tied it 2:02 later when his deflection caromed off New York defenseman K’Andre Miller and past Shesterkin moments after Crosby intercepted a pass by Panarin.

The Rangers regained the lead 2:59 into the second on a power play. Strome held off Kris Letang in front of the net and deflected Adam Fox’s long shot under Domingue.

New York took a two-goal lead at 12:06 of the middle period when Kreider went to the high slot and redirected a shot by Vatrano over Domingue’s stick.

Crosby made it a one-goal game with 86 seconds left in the second when he fended off three defenders and swept the rebound of Bryan Rust’s shot into the net from right in front of Shesterkin.