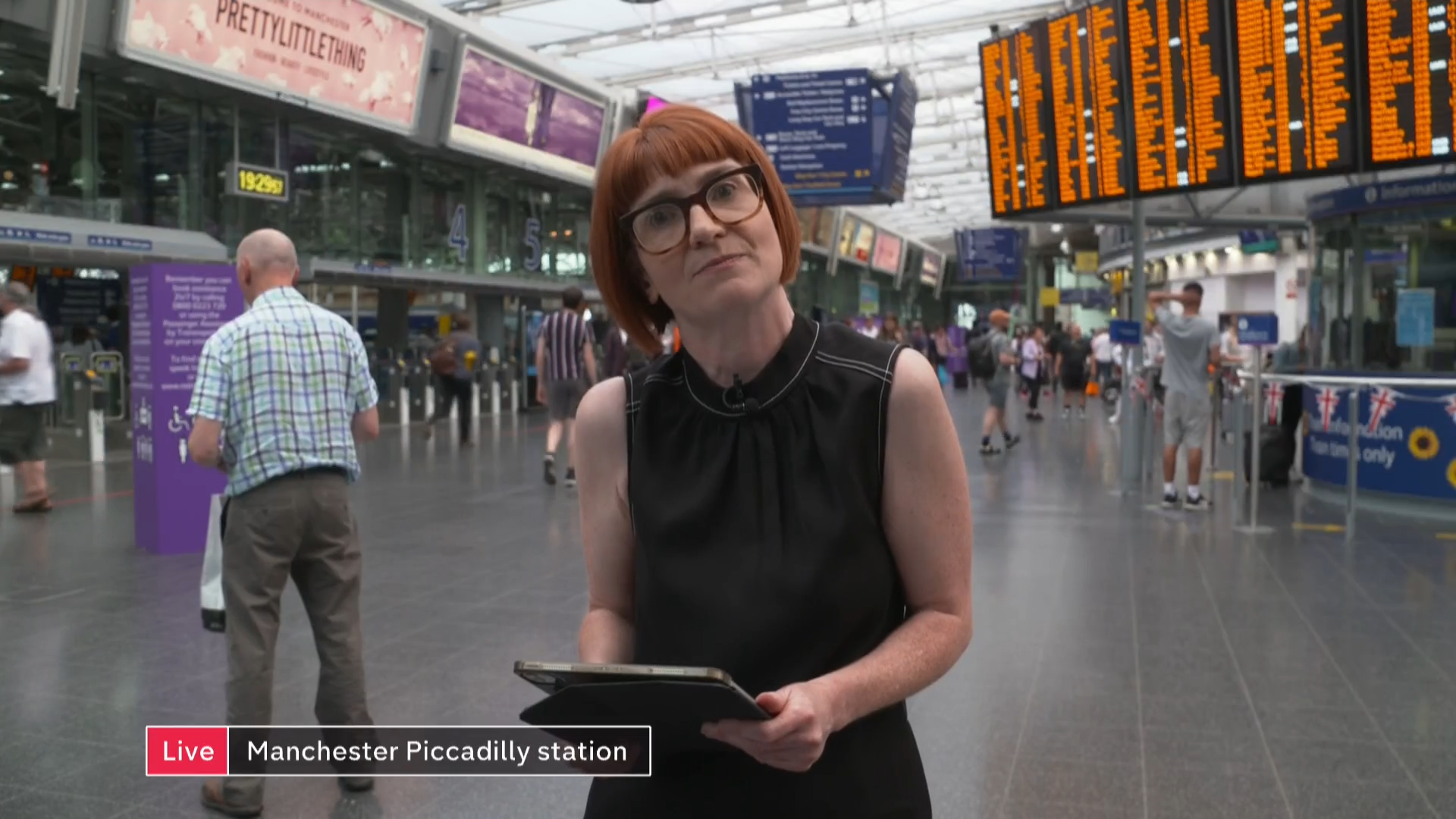 The Transport Secretary has warned rail workers that they risk “striking themselves out of a job”.

Grant Shapps urged them not to go ahead with the three days of walk-outs planned for next week.

He said most rail workers were less militant than their union’s leaders who called for strike action over pay, jobs and working conditions.

Our north of England correspondent Clare Fallon was at Manchester Piccadilly station.