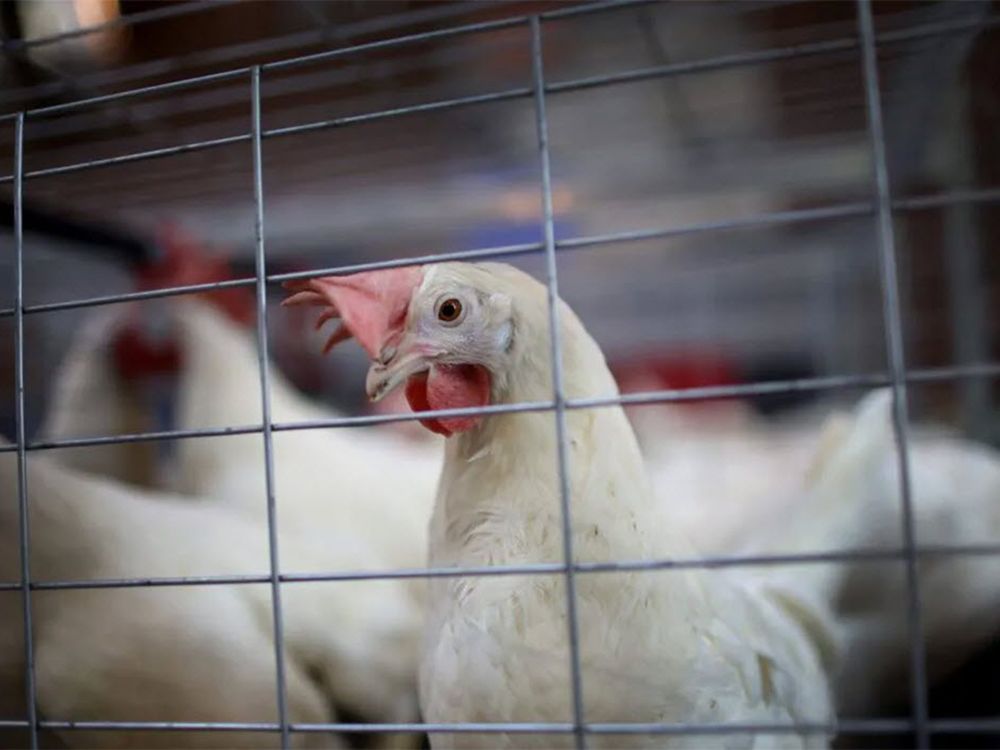 Avian flu sweeping through Alberta’s poultry has forced the euthanization of at least 900,000 farm birds in Alberta — more than half the total for Canada.

In the past week, the virus has hit another five poultry operations, impacting about 300,000 birds, according to the Canadian Food Inspection Agency. The virus, which was introduced by migrating wild birds, has infected 23 Alberta farms since it was first detected a month ago.

“We do prepare for it because we knew it was coming sometime but we’ve never had it before, so we don’t have a benchmark for when it’ll end.”

“This wouldn’t correspond to price changes so if you’re seeing increases, you’d have to ask retailers about that,” said Leslie, adding the Alberta poultry industry numbers 500 producers of various sizes.

A prime reason why the number of poultry birds destroyed in Alberta is so large is because so many of the operations affected — 17 of 23 — are larger commercial farms, she said.

Even poultry farms free of infection can be severely impacted if they fall within federally imposed control zones around operations with outbreaks, said Jeff Notenbomer, a meat chicken breeder near Fort Macleod.

“Anyone in a 10-kilometre zone can’t place new birds as long as the (local problem persists)” said Notenbomer, who is also chairman of Alberta Hatching Egg Producers.

“It’s very disruptive…everybody’s been frustrated with the situation but everybody’s working hard on it.”

While Notenbomer said he’s fortunate not to live near other poultry producers, the fact his supplier in Oklahoma is located in an avian flu control zone there has interrupted deliveries to his farm.

“It’s getting complicated,” he said.

If his farm was to cease operations due to infection, it would take one-and-a-half years to return to normal and have ripple effects throughout the industry if other breeder farms like his succumbed, said Notenbomer.

Avian flu is a constantly present in wild bird populations but this particular strain is extremely virulent and has spread beyond waterfowl to raptors such as owls, eagles and crows, said Dr. Dayna Goldsmith, a veterinary anatomical pathologist at the University of Calgary.

Also, a larger population of Canada and snow geese also ensures “there’s more chance of the virus moving from bird to bird,” she said.

“It’s very, very pathogenic and it travels through air, oral secretions and in feces.”

Poultry producers have been told to watch closely for symptoms of avian influenza in their flocks which include reduced egg production, swelling around birds’ eyes and neck, sneezing, dead animals, diarrhea and lack of energy, movement or co-ordination.

Even so, the unpredictability of and ease of transmission can defeat even the most diligent efforts, said Notenbomer.

“(If there’s an outbreak) it doesn’t mean farmers aren’t doing a good job in biosecurity,” he said.

“We change practices — it’s what we do. There’s chaos in the industry now but it’s still under control.”

The U of C’s Goldsmith said the spread of the virus in eastern Canada where it was first detected in this country appears to be slowing and that hopefully, as migration decreases, the numbers will go down (in Alberta, too).”

Avian flu poses no danger to humans through the consumption of eggs or meat, say scientists.

Farmers hit by the virus do receive government compensation for their losses but some producers say it isn’t sufficient.