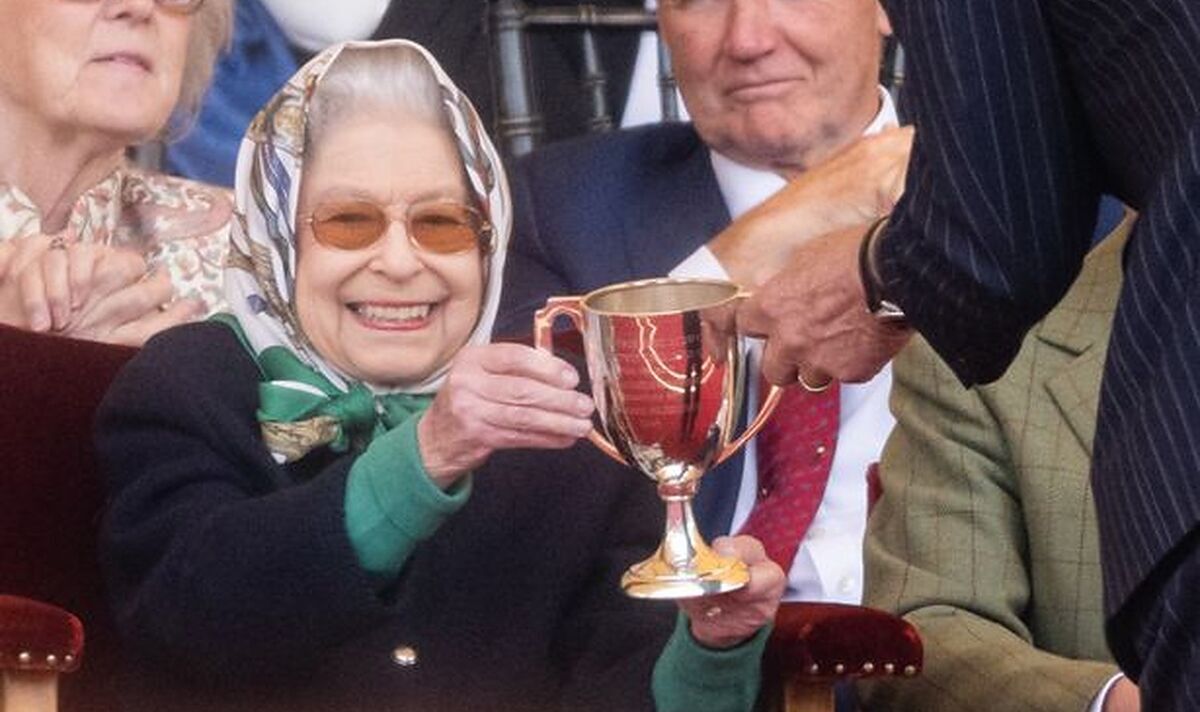 Judi James said the monarch appeared excited, confident and comfortable at the show. Her Majesty has been suffering with mobility issues recently but she was seen walking slowly holding her stick.

She then watched a parade of horses alongside Prince Edward and Sophie Wessex.

Shortly afterwards the royal matriarch looked delighted after she was presented with a trophy after one of her Highland ponies won first place in the show.

The monarch was also spotted in the passenger seat of her Range Rover to watch the action in the parade ring.

The Queen’s appearance at the event came just days after she skipped the State Opening of Parliament because of health concerns.

Body language expert Judi James told The Daily Mirror that the monarch looked happy and her appearance was a “relief” for royal fans.

She said: “After the sombre mood at the State Opening of Parliament where her presence was so painfully emphasized by the empty throne and the sight of her son staring mournfully at the crown in front of him, this appearance from a very joyful, chatty and at times excited-looking Queen is a relief and a treat for royal fans.

“Even her mobility issues seemed less worrying as she made her way to her seat and of course, unlike formal appearances, she was able to tailor her movements more comfortably, sitting in the car and chatting to friends through the window at one point.

“In terms of emotional health, the Queen looked almost at her happiest, with animated gesticulation and some relaxed and very open, authentic smiles that often converted to laughter.

“She adopted two key poses when she first sat down: one was a confident and comfortable arm splay, with her elbows on the arms of her chair, and the second was to sit with her hands clasped in her lap and a smile of excitement and excitement. expectation before the show started.

“When she was handed her own trophy her open mouth smile of obvious delight made it look as though this was the first trophy she had ever been awarded.”

Ms James also analyzed the body language of those around the Queen and observed that they showed no signs of concern for her despite recent health scares.

She said: “It’s worth studying the body language of those nearest to her too, to spot any signs of suppressed anxiety or desire to hover that might suggest her health is cause for worry.

“In this case it was Edward on hand and he seemed to be enjoying himself almost as much as his mother, leaning towards her to chat but not using any gestures to suggest he was poised to support her or monitoring her for any problems.”

It comes after the BBC has announced that it will scrap the license fee for the duration of the Platinum Jubilee long weekend at the beginning of next month.

This will allow those organizing events in town halls, community centers and on streets to show BBC coverage without purchasing a licence.

Big screens are due to be erected in London, Edinburgh and Cardiff to show proceedings.

In London they will be at The Mall and in St James’s Park, Edinburgh will host them in Princes Street Gardens and in Cardiff they will be in Bute Park.