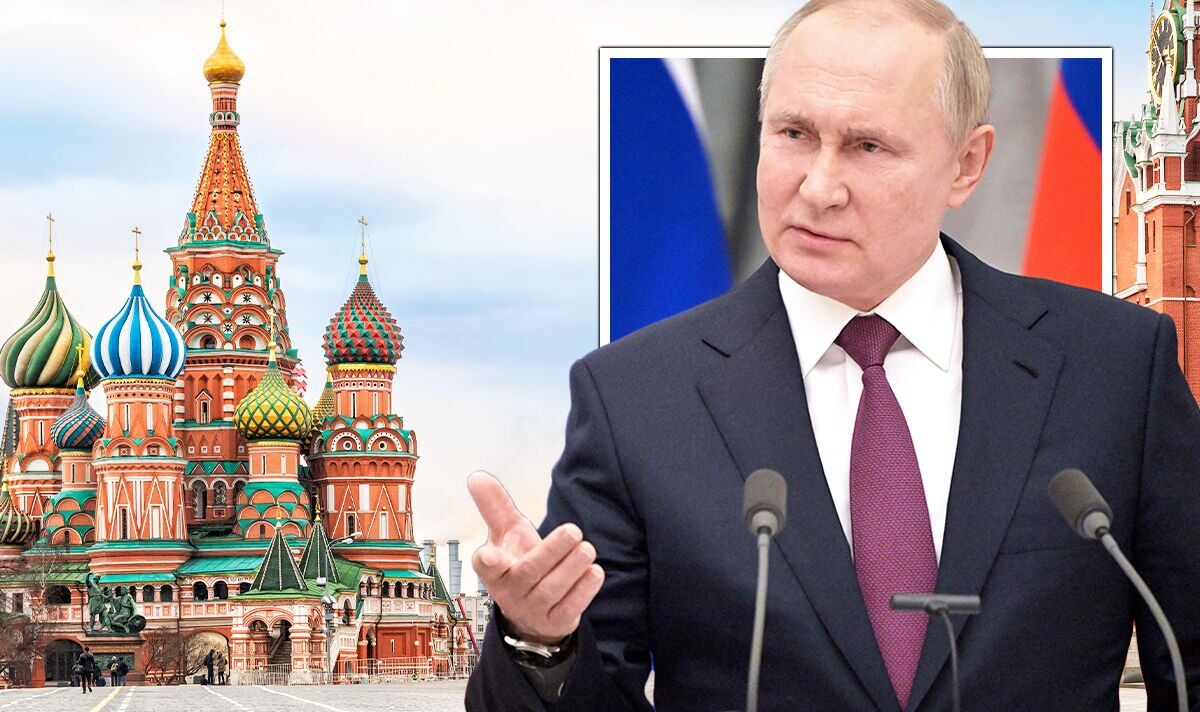 Putin’s war in Ukraine is currently focused on the country’s eastern Donbas region, which is controlled by Moscow-backed rebels and has a large Russian-speaking population. After Russia invaded Ukraine on February 24, Putin is believed to have re-focused his efforts on taking Donbas, which would allow him to declare a strategic victory, although his aims remain unclear. The Russian President, who is notoriously deceptive, for months denied that Russia planned to invade Ukraine, before launching an unprovoked military assault on Russia’s former Soviet neighbour.

For years, political leaders have grappled with trying to understand Putin, something that UK Prime Minister Boris Johnson described in March as a Western foreign policy “failure” that Ukraine is now “paying the price for”.

In a bid to get inside the mind of the Kremlin strongman, successive world leaders have turned to leading neuroscientist, Professor Ian Robertson, the founding director of Trinity College Institute of Neuroscience.

The expert once claimed that the Russian leader’s “brain was profoundly changed by power” as he was “not born to be emperor”.

Professor Robertson made the remarks in an unearthed BBC documentary, ‘Putin: The New Tsar’, which aired in 2018.

He said: “The human brain has a single reward network, a single feel-good network that gets switched on.

“What happens is you get a surge of intense pleasure and satisfaction from the stimulus.

“But as you repeat that at a high level, the brain needs more and more to achieve the same effect. That is called tolerance.

“It is an insatiable appetite. I do not think Putin was born to be an emperor.”

He added: “His brain was profoundly changed by the power he managed to get.”

In the Russian capital, Putin was lined up as an unlikely choice for the post-Soviet successor to then-President Boris Yeltsin.

At the time, Russia was in crisis, as organized crime gangs loomed large over the nation and corrupt businessmen ignored the rule of law.

Yeltsin’s son-in-law Valentin Yumashev, who served in his presidential office, explained in the BBC film what Yeltsin wanted at the time.

He said: “Yeltsin was looking for someone within his entourage that was close to him.

“Who could be offered up and if things went well, would be elected.”

The Kremlin insider also revealed how the young Putin’s low profile marked him out as a leadership contender.

He said: “Putin was a modest man. He never spoke unless he was asked to. But when it was his turn from him… he spoke.

“When something had to be said, he was articulate, which was very important.”

‘Putin: The New Tsar’ is available to stream on BBC iPlayer.