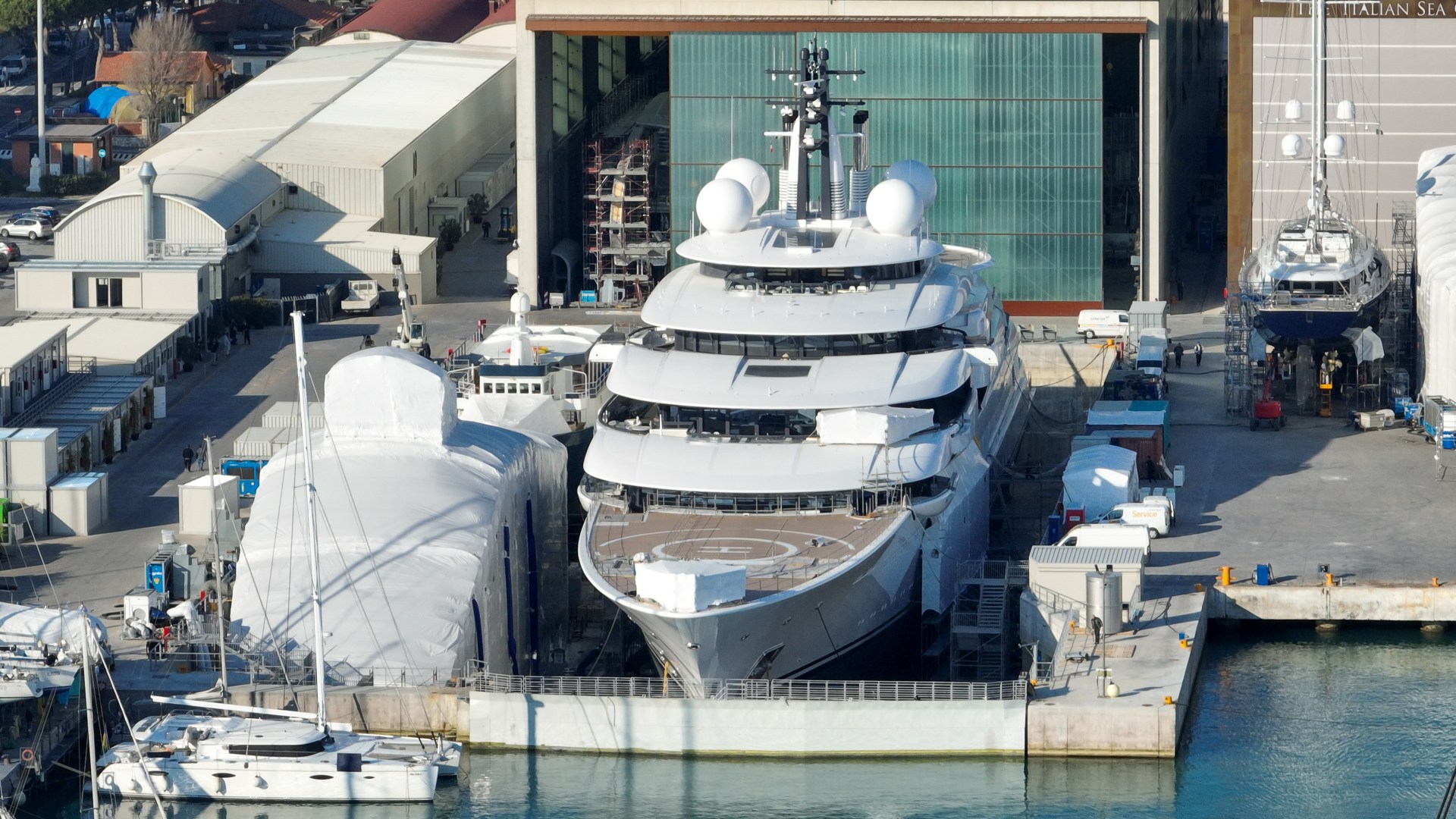 VLADIMIR Putin is set to get his bloody hands back on his £570million superyacht as he prepares to flee Italy and possible escape sanctions, it is reported.

The 459ft vessel – called the Scheherazade – was put into the water again this week after spending months dry-docked for repairs in the Tuscan port of Marina di Carrara.

Italian cops are now in a race to finish investigating the ownership of a superyacht, which boasts spas, swimming pools and two helipads, before it sets sail.

The floating palace, named after a legendary Persian queen, has been moored in the marina in Italy since September 2020.

Rumors that Putin owned the superyacht have circulated since its construction.

But its ownership was not investigated until jailed Putin critic Alexei Navalny’s team released a video detailing the crew — all said to be from Russian security services. 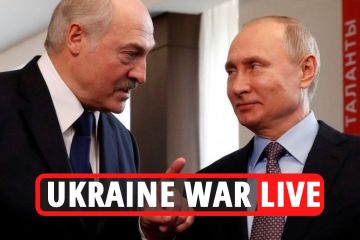 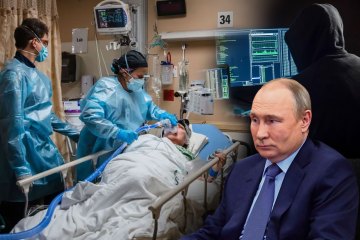 Italian authorities have been urged to seize the yacht – but the vessel can slip out of the marina at any time while it remains under police investigation.

A former crew member said the ship could now be ready to take to the sea immediately, but it was likely to undergo equipment checks first after the repair work, the New York Times reports.

Locals said there has been a flurry of activity on board the vessel in recent days as crew members appear to be getting ready to leave.

Gabriele, the manager of a yacht club near the boat, told The Telegraph: “We heard that it was going to leave the marina last night but maybe it was delayed because of the bad weather.

“It’s not been seized by the authorities so I guess it’s free to go at any time.”

The Scheherazade has so far avoided the same fate of some yachts linked to powerful Russians – which have been seized in response to Putin’s Ukraine invasion – as Italian cops are still probing who owns the vessel.

The newly-repaired luxury boat – dubbed “Putin’s yacht” by locals – is now free to leave as the Guardia di Finanza have not finished their investigation and no sanctions have been imposed.

According to Italian media, the owner of the luxury yacht is Eduard Khudainatov – an oil tycoon not currently under sanctions.

Khudainatov is a longtime associate of Igor Sechin – a close Putin ally and chairman of the Russian state-owned oil company Rosneft.

But US officials and activists linked to Alexei Navalny have linked the vessel to Putin.

The imprisoned Russian opposition leader claimed many of the yacht’s crew were members of the Federal Protection Service – the agency that provides security for Putin and his inner circle.

Paolo Gozzani, the head of a union representing maritime workers in the Italian port, told The Telegraph: “We are still asking the authorities to tell us what is happening inside the shipyard of Marina di Carrara.

“There is a climate of omerta and secrecy with regard to these omnipotent mega-yacht owners.

“We want more transparency from all the public institutions. We have the right to know who we are working for.”

Authorities at Marina Di Carrara declined to comment when contacted by The Sun.

Putin spared no expense on the six-deck Scheherazade.

Pictures obtained by The Sun showed the decks of obscene luxury and sickening excess.

A worker who helped build it said: “Every surface is marble or gold. There are countless swimming pools, a spa, a sauna, a theater, ballrooms, a gym, two helipads. It’s like a mini city.

“There is even a hospital which makes sense when you hear rumors of Putin being terminally ill.

“It is hard to swallow the fact that the most incredible ship in the world is owned by a man intent on bombing civilians in Ukraine.

“And it is an unimaginable amount of wealth when the average Russian’s salary is £5,000 a year, and people there are struggling to eat.”

Personal touches for the despot are evident in a judo gym which has framed pictures of black belts.

A tiled dancefloor lowers to turn into a pool. It is thought to be one of only two on ships in the world — the other is on Putin’s yacht Graceful.

Other indulgences include a self-levelling pool table, five-meter aquarium and the biggest TV on a yacht, stretching 4.5m across an entire wall, which cost a million euros to install.

Bathrooms are adorned with gold toilet roll holders and taps.

And the ship’s highly sophisticated security system with four radars is said to be capable of shooting down drones.

Underneath one helipad there is a hangar big enough to store a helicopter along with six jet skis, five tenders, and eight Seabobs.

The former crew member added: “All over the world yachts owned by oligarchs are being seized but the Scheherazade is sitting there in plain sight in a marina in Italy.”