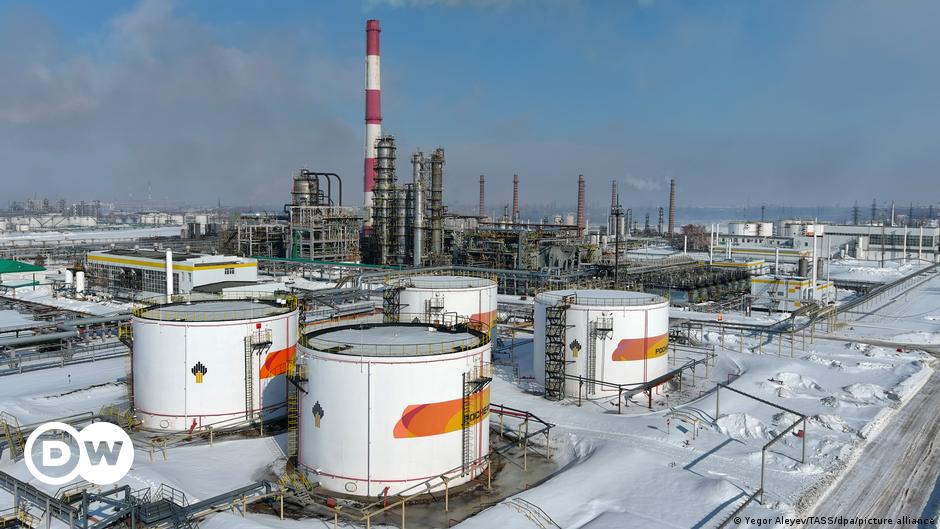 Russian President Vladimir Putin on Tuesday said European countries would not be able to impose a ban on Russian oil imports.

His remarks came as EU members failed this week to negotiate a proposed embargo on Russian oil after a small group of countries continued to oppose the plan.

The proposed embargo is part of broader action by the West against Moscow over its invasion of Ukraine.

“Obviously, some EU states, in whose energy balance the share of Russian hydrocarbons is especially high, will not be able to do this for a long time, to ditch our oil,” Putin said in a televised address.

Putin said Europe would see higher energy prices and inflation as a result of the proposed Russian oil embargo.

“Of course, such an economic suicide is a domestic affair of the European countries,” he said.

The US and the UK have already imposed an oil embargo, although given that both countries are net oil exporters, this step is rather simpler to take.

Putin admitted that the Russian oil market had been hit by “tectonic changes” amid sanctions following the invasion of Ukraine, adding that Moscow would help domestic oil producers, including facilitating access to loans and insurance.

Why hasn’t the EU imposed an oil embargo?

On Monday, foreign ministers of the 27-member union gathered to discuss a ban on Russian oil imports to be included in the sixth sanction package against Moscow.

EU members must reach a consensus to implement the measure, but a group of countries — led by Hungary — have opposed the measure.

The EU has offered Hungary, the Czech Republic and Slovakia more time to phase out their heavy reliance on Russian oil.

But Budapest has not yet agreed, with its government saying €800 million ($830 million) in EU funds are needed to retool a refinery and increase the capacity of a pipeline to Croatia.

Hungary is also seeking to be exempted from the proposed embargo for at least four years.

Where does Germany stand?

But Germany recently shifted its stance, saying it would agree if its Western allies did and help try to enable one.

“Our unity as the EU has been our strength so far,” she said, with many analysts surprised at the ease with which all 27 EU members had voted in support of some of the staunchest economic sanctions ever levied against a modern economy.

But Baerbock also expressed understanding for some EU member states who have problems phasing out Russian energy, saying all the different points of view had to be reconciled.

“There is not the ‘one size fits all’ solution,” she said.