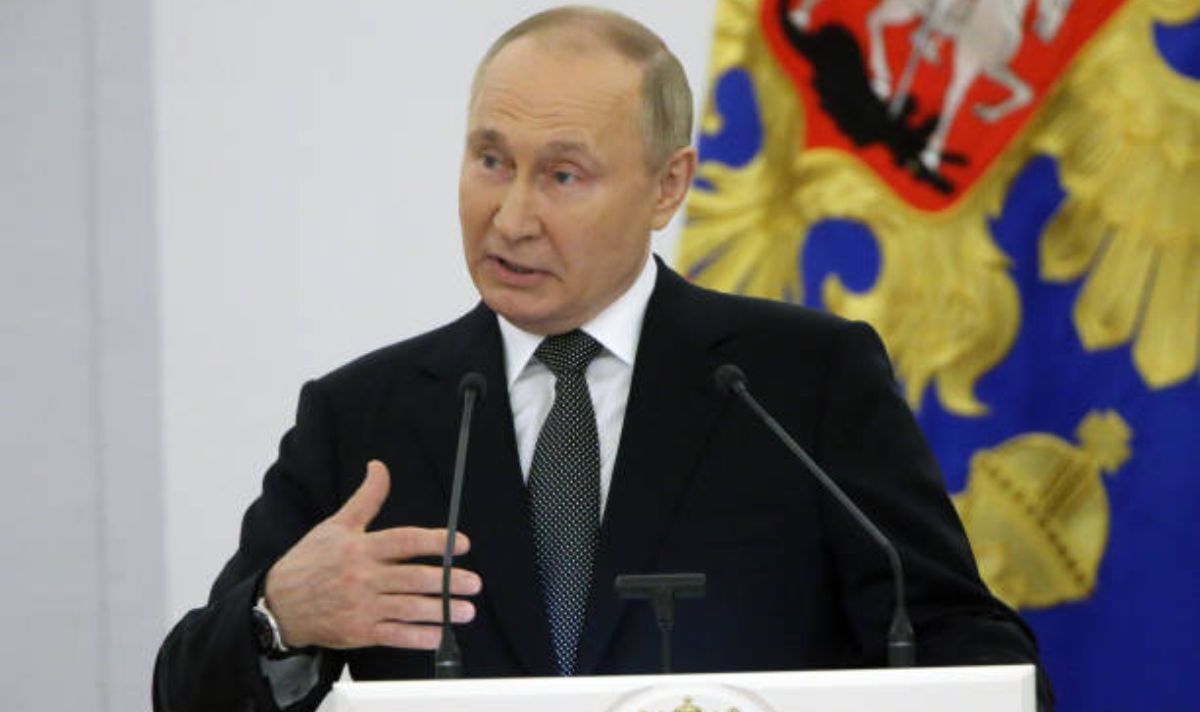 Footage was posted on Twitter of a helicopter flying at low level being shot down, possibly by a MANPADS (Man-portable air-defence system).

According to @UAWeapons it has been claimed it was taken down by an Igla MANPADS by the 231st Battalion of Territorial Defense Forces (TDF) in Donetsk.

They wrote: “#Ukraine: Reportedly a Russian attack helicopter flying at low level was shot down today by the Ukrainian forces in the vicinity of #Kherson – likely using a MANPADS.

“The photos from a crash site proves that it was in fact a Russian Mi-35M attack helicopter. But new details differ- it is claimed it was shot with an Igla MANPADS by the 231st Battalion of TDF in Donetsk, not Kherson Oblast.

“We will look into more details about the shootdown site.”

This comes as Ukraine ignored a Russian ultimatum to surrender the city of Sievierodonetsk, as the Kremlin’s forces now control around 80 percent of the city in the east of the country.

Moscow has ordered Kyiv to stop their “senseless resistance and lay down arms” and accused the Ukrainians of preventing a humanitarian corridor to help citizens trapped there, reported The Guardian.

Thousands of citizens, including women, children and the elderly, are stuck in the city as supplies of water, food and electricity run low.

A UN spokesperson said around 500 people, both civilians and soldiers, are trapped beneath the Azot chemical plant, echoing the situation with the Azovstal iron and steel works a few weeks previously.

President Macron said the group supported granting Ukraine EU candidacy status and stated that France would supply another six Caesar truck-mounted howitzers to add to the 12 it has already given, reported The New York Times.

He said: “We are and we will remain by your side in the long run to defend your sovereignty, your territorial integrity and your freedom.

“This is our goal, we have no other and we will achieve it.”