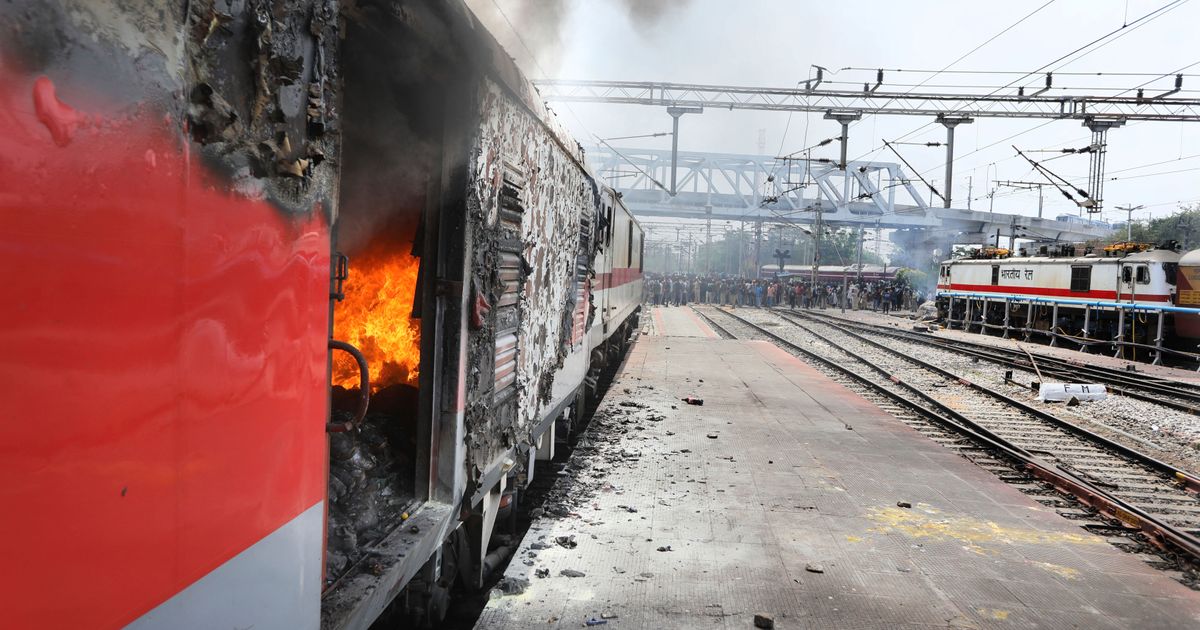 NEW DELHI (AP) — Hundreds of youths in India burned train coaches, vandalized railroad property and blocked rail tracks and highways with boulders as an angry backlash continued for a second day Friday against a new short-term government recruitment policy for the military.

Nearly 500 protesters vastly outnumbered police as they rampaged for more than an hour at Secundrabad railroad station in southern India.

In northern Uttar Pradesh state, protesters threw rocks at buses in the city of Varanasi.

Under the new job program announced by Defense Minister Rajnath Singh this week, the armed forces this year can recruit 46,000 men and women in the age group 17.5-21 but only for four years. Seventy-five percent of them will be compulsorily retired after four years with no pension benefits.

The government of Prime Minister Narendra Modi, which is facing national elections in 2024, is under pressure to provide jobs as India’s economy recovers from the pandemic slump. One idea behind the short-term military recruitment is that those trained by the armed forces can later seek jobs with the police or the private sector.

The government’s rationale also appears to save money by avoiding the pension burden by retiring them after four years. Pension pay-outs have averaged just under a quarter of India’s overall defense budget for years, leaving limited funds for the military’s modernization, said Rahul Bedi, a military analyst, in a blog post.

With 1.4 million active personnel, India’s military is the world’s second-largest after China, and the third-largest spender.

Army recruitment was halted for the past two years because of the COVID-19 pandemic, and thousands of aspirants spent the time preparing themselves to join the military.

“Now we are being told that we will have the job only for four years,” a protester said.

Defense Minister Singh late Thursday extended the age limit by two years as a one-time exception, noting there was no military recruitment for the past two years.

“The government and the armed forces have to do more work on their outreach to justify and explain the scheme to the youth,” he said in an interview with The Times of India newspaper.