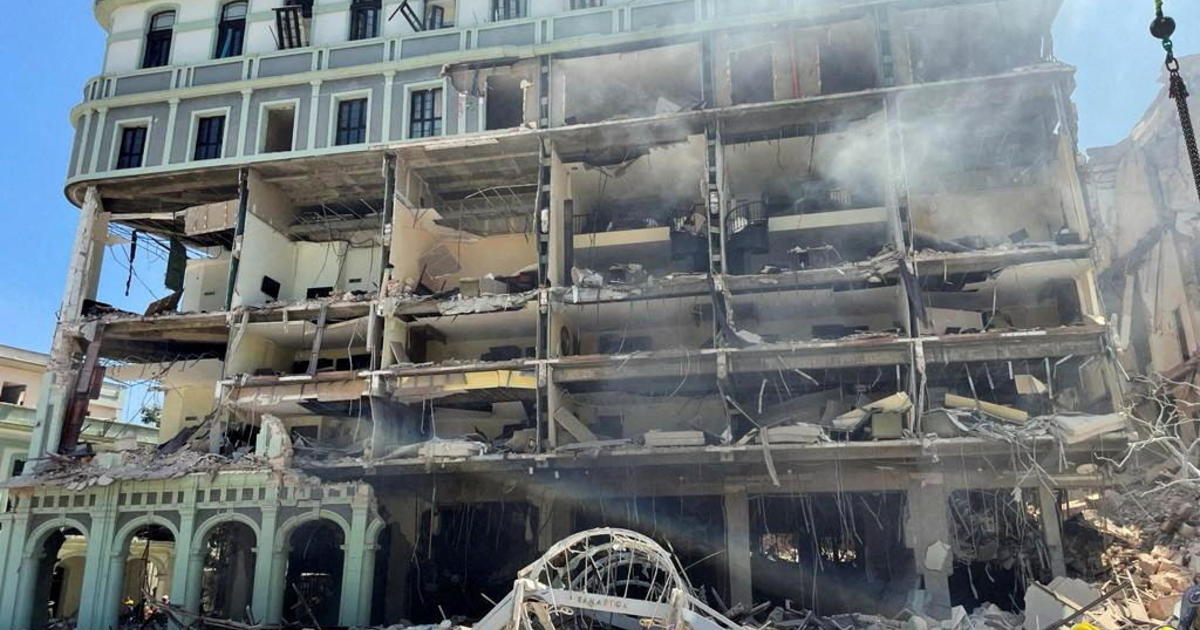 A powerful explosion apparently caused by a gas leak blew away much of the outer walls from a five-star hotel in the heart of Cuba’s capital on Friday and officials reported at least eight people had died.

The blast that ripped away large sections of the outer wall at the Hotel Saratoga, a 19th century structure in Old Havana, apparently was due to a gas leak, according to the Twitter account of the office of President Miguel Díaz-Canel, who went to the site.

It said at least eight people had been killed and that search and rescue efforts were under way for people possible trapped. The Communist Party newspaper Granma said local officials reported 13 people missing and about 30 known injured.

A witness told the Reuters news agency smoke and flames were seen coming from the building. A photo from the scene showed what appeared to be at least one body with a white cloth over it, Reuters reported.

Havana Gov. Reinaldo García Zapata said the hotel was in the process of renovations and no tourists were lodged there, Granma reported.

Photos showed much of the hotel’s outer wall blown away, exposing interior rooms, with clouds of dust billowing into the sky. A school next door had been evacuated.

Mayiee Pérez said she had rushed to the scene after receiving a call from her husband, Daniel Serra, who works at a foreign exchange shop inside the hotel. She said he told her, “I am fine, I am fine. They got us out,” but she had been unable to reach him since.

Reuters reported the hotel had been set for a post-pandemic reopening in four days, according to its Facebook page.