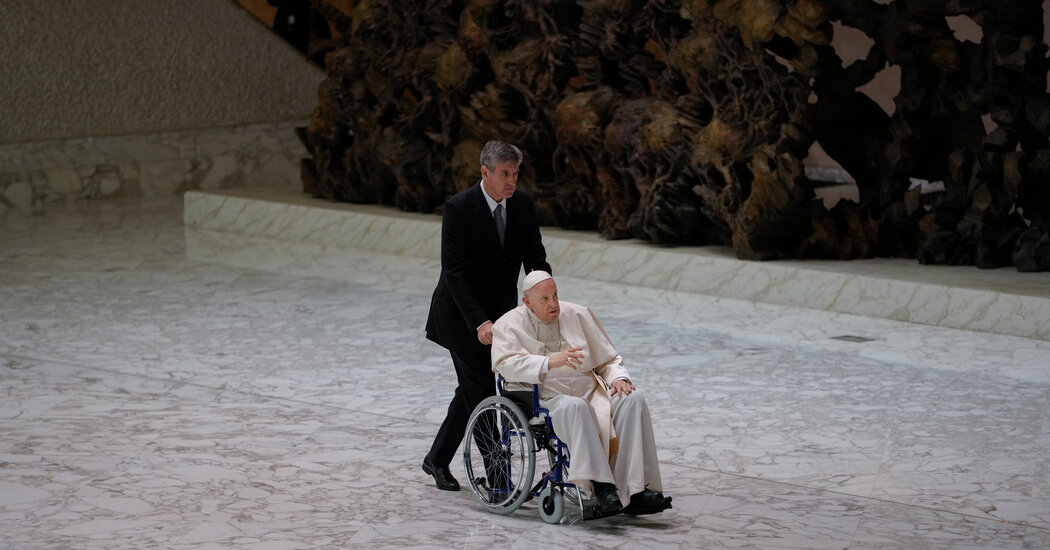 VATICAN CITY — Pope Francis approved spending up to one million euros to free a Colombian nun kidnapped in Mali, a cardinal told a Vatican court on Thursday, revealing previously undisclosed negotiations to secure her release.

Cardinal Giovanni Angelo Becciu, formerly one of the Vatican’s highest-ranking prelates, said the pope had authorized his efforts, including payments to the militants linked to Al Qaeda who in 2017 had kidnapped Sister Gloria Cecilia Narvaez Argoti in a village in Mali. She was released in 2021.

Cardinal Becciu, accused of embezzlement, abuse of office and witness tampering, is on trial with nine other defendants in a corruption trial that centers on a London real estate deal in which the Vatican lost millions, charges that the defendants deny.

Francis demanded the cardinal’s resignation as head of the department in charge of making saints in September 2020. Speaking of the moment that the pope had confronted him, Cardinal Becciu said Thursday: “For more than a year and a half I have been tormented by a question: Why were these false accusations reported to the Holy Father?”

The cardinal has testified previously in the trial, which began last July. But this was the first time that he publicly gave details about the case involving the kidnapped nun, which he said had been bound by both state and pontifical secret.

On Thursday he thanked the pope for “having dispensed me from the obligation of secrecy, thus allowing me to speak freely and defend myself with total transparency.”

There was no immediate Vatican response to the cardinal’s assertions.

He prefaced that defense by vowing — with “strong and vibrant indignation” — that he had never had improper relations with Cecilia Marogna, an Italian woman who was the intermediary in the negotiations to free the nun. Ms. Marogna is also on trial, accused of having embezzled about 575,000 euros from the Vatican Secretariat of State. Prosecutors claim she used much of it for “personal benefit,” including luxury goods. She denies wrongdoing.

Cardinal Becciu testified that he had met Ms. Marogna in 2016 and had been impressed by her expertise in “geopolitical issues and international security.” He said he had turned to Ms. Marogna for help following the kidnapping in February 2017 of Sister Narvaez, and that she had told him that she could work with The Inkerman Group, a British intelligence firm, on “all the operations necessary for the liberation of Sister Gloria.”

He said he had broached the subject with Pope Francis, who “was pleased that efforts were being made to free the nun and immediately understood the necessity of not exposing the Vatican to unnecessary, and indeed harmful, publicity.”

The cardinal said the pope had given him the authorization to proceed, but to do so confidentially. The pope also had authorized the costs of the operation, “about one million euros, part of which would be used to set up the contact network and part for the current release of the nun,” he said Thursday. “I must say that every step of this operation was agreed upon with the Holy Father.”

He said any payments made had been “aimed at the liberation of Sister Gloria and the expenses to be incurred for that purpose,” and that “no sum had been destined as compensation to Mrs. Marogna,” who would have received some compensation had the never been released.

Cardinal Becciu did not say whether a ransom had been paid to the militants for the nun’s release. The Vatican said last year that her release of her was the “result of months of negotiations involving the Holy See and the Colombian bishops.”