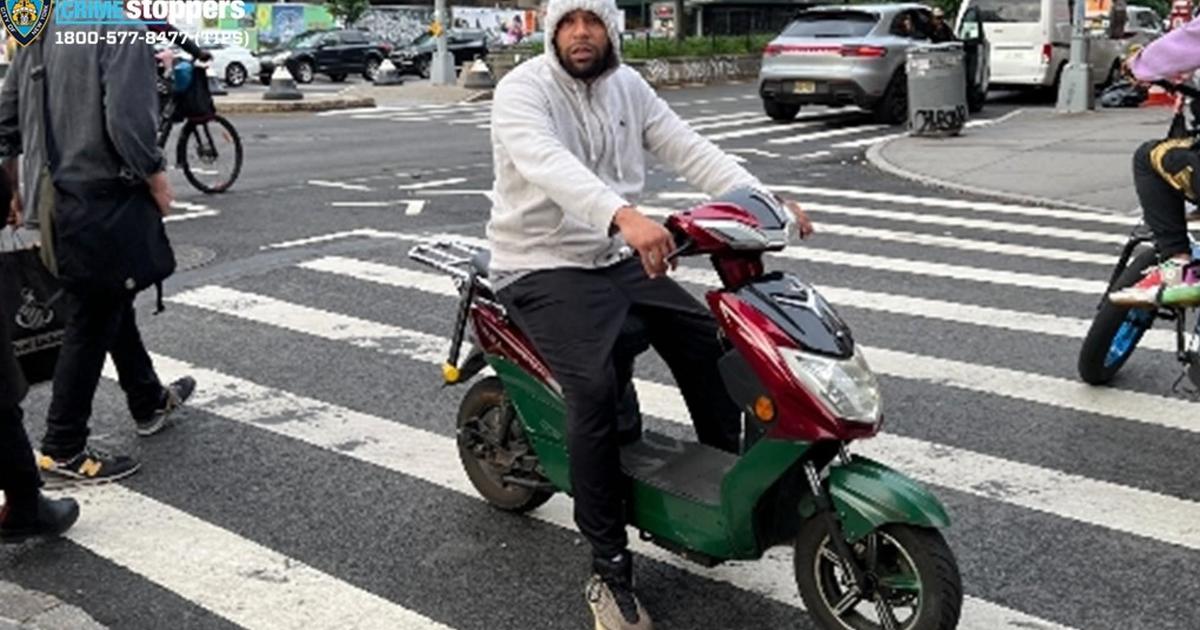 NEW YORK – Police are hoping for the public’s help identifying a man they say hit a 2-year-old boy with a scooter in Manhattan.

It happened back on June 2 at the intersection of Suffolk and East Houston streets on the Lower East Side.

Police said the boy was crossing the street with his father when he was struck.

He suffered multiple cuts and scrapes and was evaluated by EMS at the scene.

Police said the suspect took off riding the red and green scooter.