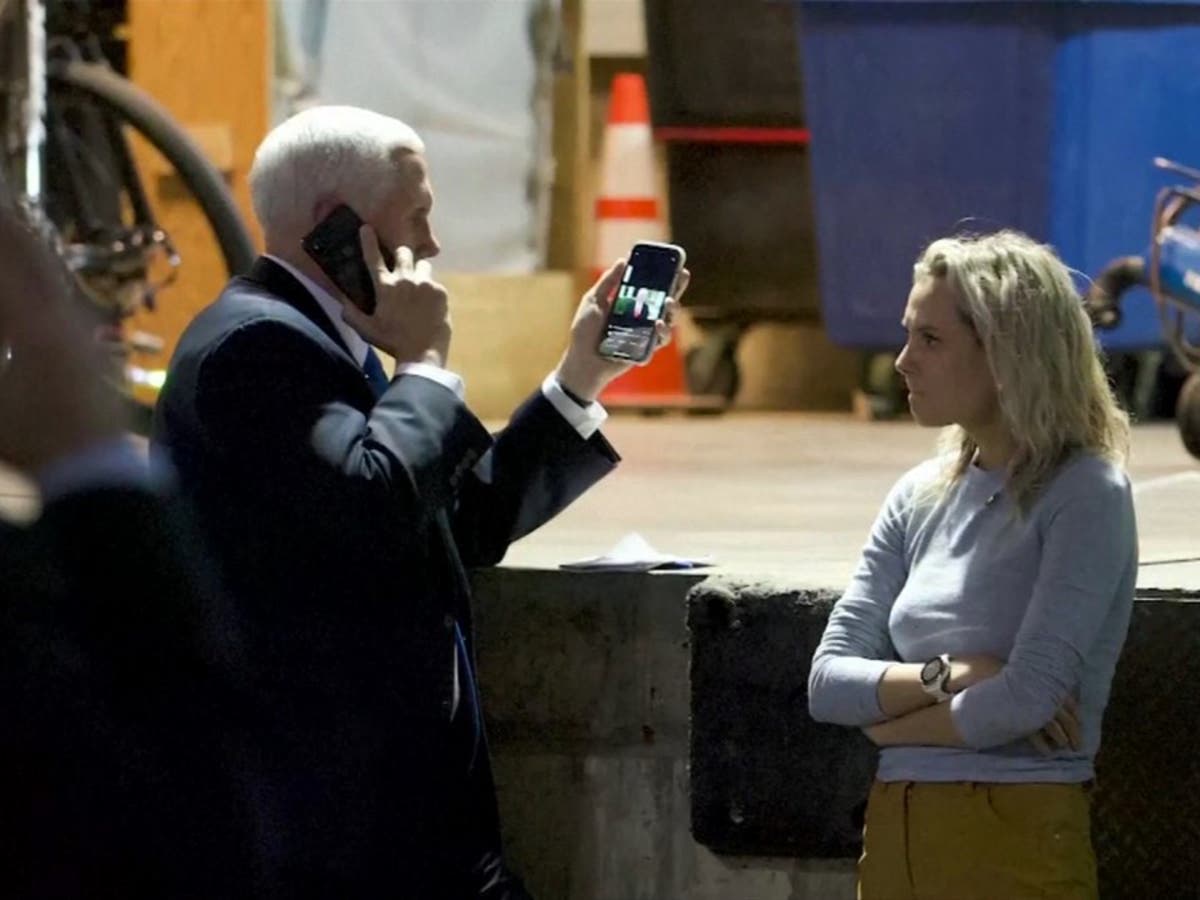 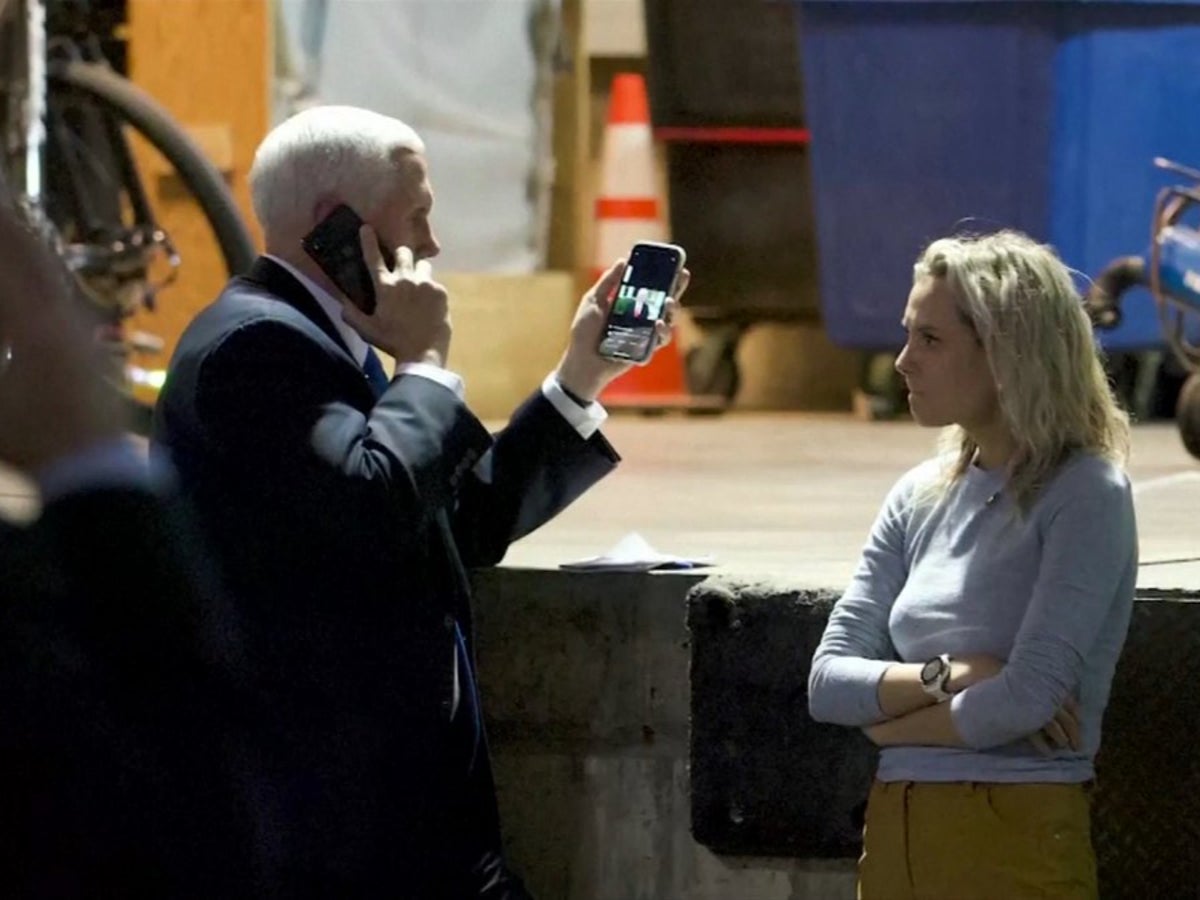 A photo released from the National Archives to the House Select Committee investigating the attack on the Capitol on January 6 2021 shows then-Vice President Mike Pence in a secure Capitol Hill location watching a video of then-President Donald Trump praising the rioters.

The image shows Mr Pence in the basement of the Capitol after he refused to get into the Secret Service limousine as he worried that they would remove him from the premises against his wishes.

In the photo, Mr Pence is speaking on the phone as he uses another phone to watch the video Mr Trump tweeted out that day heralding the rioters who attacked the Capitol complex.

John McCormack of the National Review noted that the woman in the photo alongside Mr Pence is his daughter Charlotte.

One of the most stunning moments of Thursday’s hearing came as members presented a 3D model of areas of the Senate basement where Mike Pence was evacuated after leaving the Senate floor with Secret Service.

According to security footage of the day, rioters came dangerously close to the vice president while members of the crowd inside and outside of the Capitol chanted, “hang Mike Pence.”

And according to committee member Pete Aguilar, a confidential witness has testified to the FBI that members of the Proud Boys, who were present in the riot, “would have killed Mike Pence if given the chance.”

“Make no mistake about the fact that the Vice President’s life was in danger,” said the congressman.

“Approximately 40 feet,” he continued. “That’s all there was between the vice president and the mob.”

The extent to which Mike Pence was personally in danger during the riot has never been known before now. It was publicly reported as it happened that Mr Pence was removed from the Senate chamber as rioters breached the building, but his whereabouts of him up until now were unknown.

The vice president found himself a target for the attackers’ ire after it became clear that he would not interfere to overturn the election result and attempt to give Donald Trump a second term, in spite of what Mr Trump had promised the legions of his supporters who descended upon the Capitol that day. Mr Pence’s role as him overseeing the count of the Electoral College’s votes made convincing him to interfere in the process a prime goal of Trump’s lawyers like John Eastman and Rudy Giuliani.

But Mr Pence repeatedly refused to do so and found himself the target of violent threats alongside Democrats including Nancy Pelosi during the riot.

Thursday’s hearing largely focused on the effort to convince Mr Pence to interfere in the election, despite testimony from members of Mr Trump and Pence’s legal teams indicating that many of those engaged in the effort knew it had no legal standing.