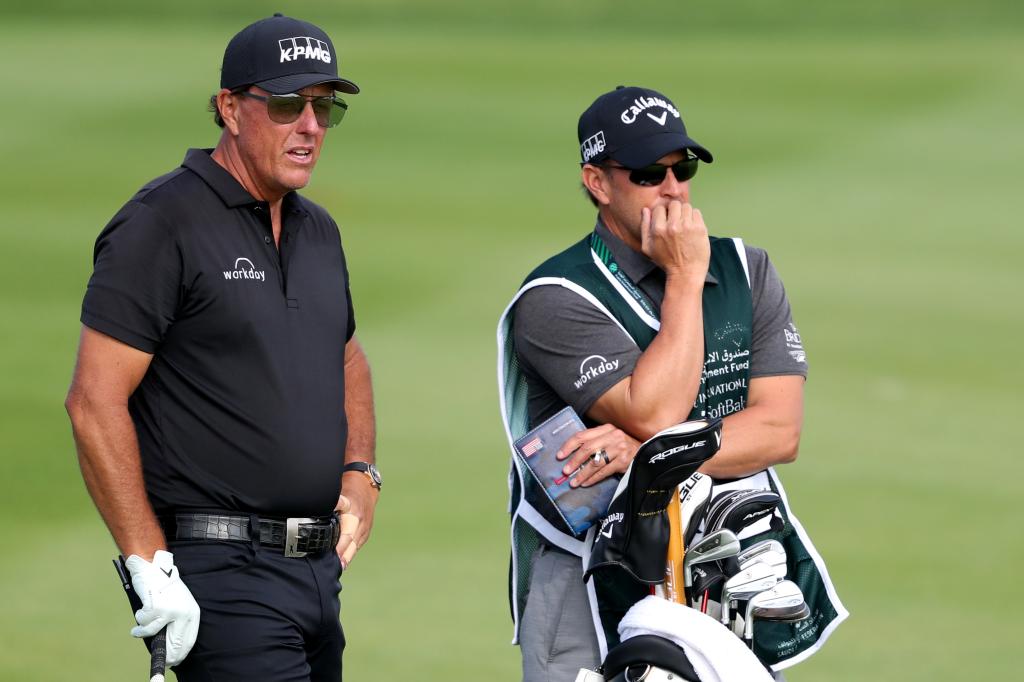 Phil Mickelson’s alleged gambling adrenaline reached ominous levels in front of a reporter who was admittedly uncomfortable about what he had witnessed.

In an upcoming book titled “Phil: The Rip-Roaring (and Unauthorized!) Biography of Golf’s Most Colorful Superstar,” author Alan Shipnuck tells a story about renowned golf reporter John Hawkins being alone in a locker room with Mickelson at the Tour Championship sometime in the 2000s.

In a book excerpt published on the Fire Pit Collective website, Shipnuck wrote that Mickelson pulled out his phone in front of Hawkins and began rapidly placing bets on early-season college basketball games.

“Over 20 minutes he must’ve made 50 bets,” Hawkins says, according to the book. “It was like he was showing off.”

At the time, Hawkins’ then-wife worked for Hugo Boss, assisting Mickelson with his clothing deal.

“I’ve wondered about Phil’s motivation in being so brazen in front of me,” says Hawkins. “Was he trying to co-opt me? Was he testing my loyalty?”

He never wrote about the gambling spree.

In the forthcoming book, Shipnuck delves into Mickelson’s past gambling issues in the 2010s after records from an insider trading case showed the golfer’s dip in finances.

Mickelson suffered a staggering $40 million gambling loss between 2010 and 2014, according to his biographer.

The author also noted that Mickelson’s lavish spending piled onto his gambling losses.

“Throw in all the other expenses of a big life — like an actual T. Rex skull for a birthday present — and that leaves, what, $10 million?” Shipnuck writes.