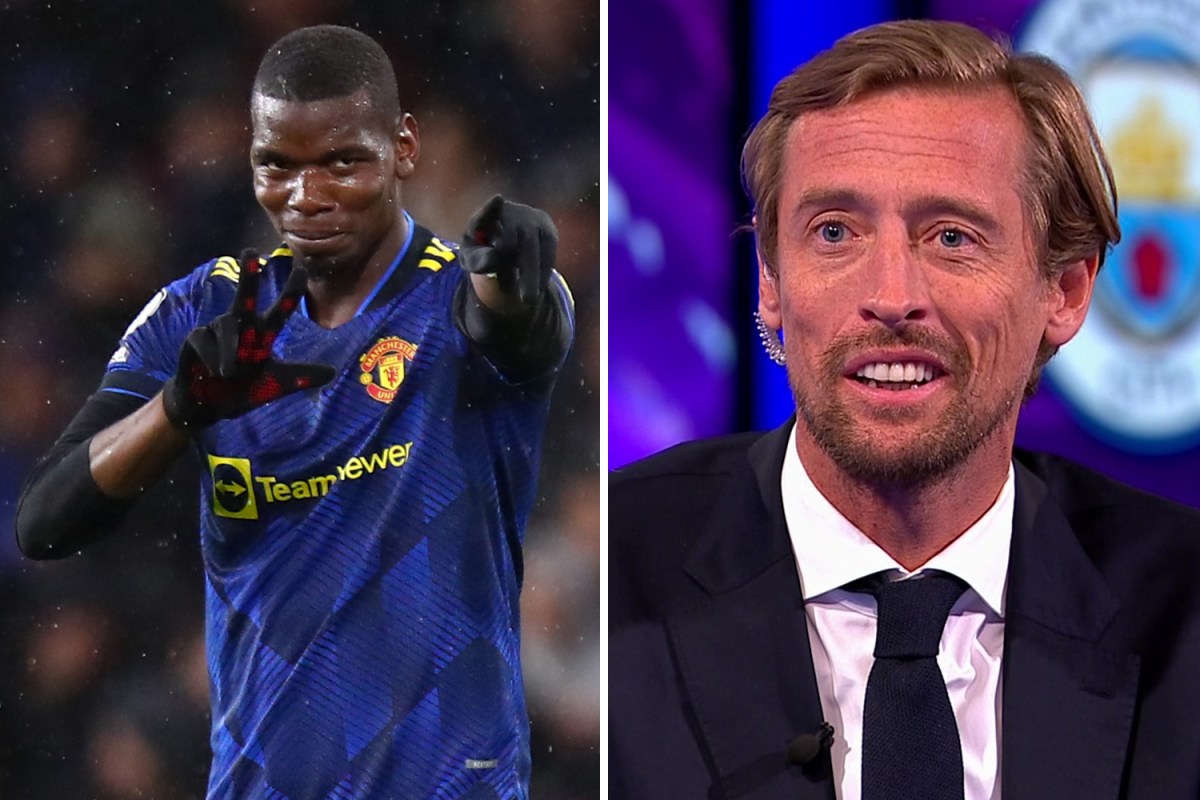 PETER CROUCH joked that Paul Pogba will be off soon after seeing the Manchester United star’s celebration against Burnley.

After opening the scoring Pogba, 28, pointed to Ralf Rangnick before lifting up three fingers.

He looked buzzing to have scored as BT pundits Rio Ferdinand and Crouch speculated about the meaning behind it.

Presenter Jake Humphrey asked: “He looks straight at the manager, I wonder what he’s saying here Rio what do you think.

Much has been made of Pogba’s future with his contract expiring in the summer.

Juventus are keen to sign the midfielder on a free for a second time and hope his previous success in Turin can persuade him to return.

But Paris Saint-Germain are also long-term admirers and have reportedly opened talks with Pogba over a move.

United have reportedly asked Pogba and other wantaway stars to delay any decision they make about their future until a new manager arrives.

They hope the appointment of a manager like Mauricio Pochettino could persuade players to stay.

But it seems some United fans would not care if Pogba left and Twitter users have joined Crouch in poking fun at the Frenchman.

One supporter wrote: “Does anyone at United actually want him to sign a new contract? Always so much drama and inconsistency.

“It’d be better for both sides if he left.”

Another added: “Amount of months since he was last bothered in the slightest.”

A third said: “A tribute to the 3 good performances he’s had in a United shirt.”