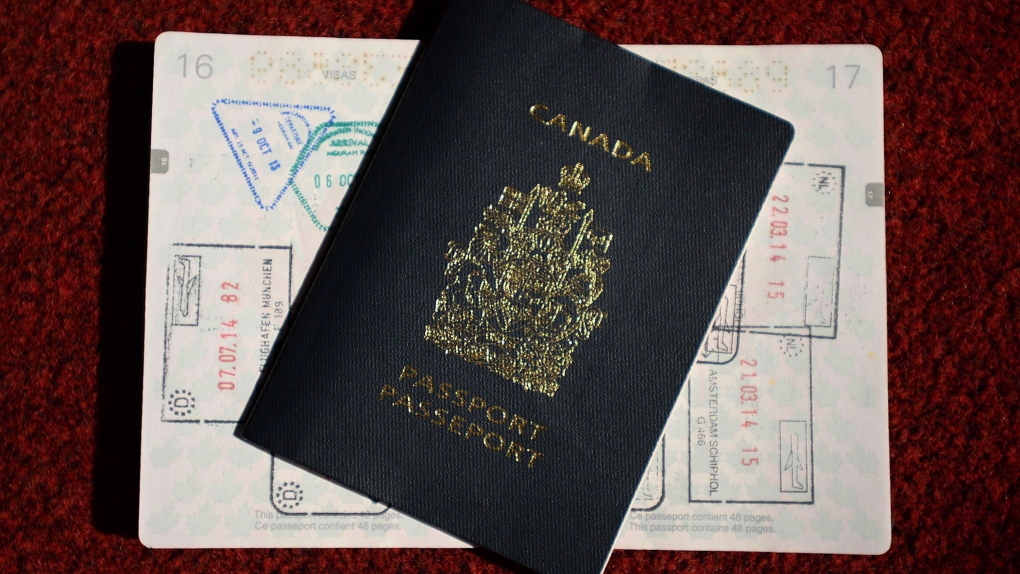 The agency announced on Tuesday that since the week of May 9, all passport service counters that had been closed due to COVID-19 have been reopened, marking a 40 per cent increase in capacity.

“Capacity in waiting rooms has also been significantly expanded, and Service Canada has also taken additional measures to simplify and expedite passport processing,” the agency said in a news release.

Additionally, Service Canada said it had hired 600 new employees for processing of passport applications and opened up more dedicated passport counters at over 300 centres.

But for many travellers, these new measures have brought little relief to the frustrating delays.

Matheus Caminha is one of the Canadians who had resorted to camping outside a Service Canada office in order to get a new passport for his newborn daughter ahead of their flight on Saturday. He had been waiting outside the Service Canada office in Surrey, BC since midnight on Wednesday in a line that stretches around the building and across the parking lot, up to the sidewalk.

“From what we can see, (these measures) didn’t change much. I don’t think there’s more people working today. Yesterday, they said that there will only be two people working and gave the excuse that people called in sick,” he told CTVNews.ca over the phone on Thursday morning while he was still waiting in line.

He had initially sent his daughter’s application by mail at the beginning of March, two months ahead of their trip abroad in May. But her daughter’s passport could not be processed in time, which meant that he had to push their trip back and try to send an expedited application in person.

“I thought two months would be enough, but it wasn’t the case,” he said.

On the other side of the counter, the union representing passport staff at Service Canada says it’s also feeling the frustration as long delays create a “hostile working environment” for staff.

“Long lines and incorrect information about wait times is frustrating clients and has the potential to create a dangerous work environment for Service Canada staff,” said Kevin King, national president of the Union of National Employees, in a news release on Thursday. “We expect to see a concrete plan from the government to alleviate wait times and to protect the safety of workers and clients during this unprecedented period.”

“Our teams are currently responding to a significant surge in demand for passports, working hard to maintain our service standards and get Canadians the documents they need to travel,” Lori MacDonald, chief operating officer of Service Canada, said in a statement online. “We thank Canadians for their patience during this time, and continue to encourage them to plan ahead and apply early if they need passport services.”

Caminha said the federal government ought to have been better prepared for the surge in applications.

“I think it’s the overall comments here is that they knew that they were going to open borders and that people would start to plan to travel. It’s definitely a lack of planning,” he said.