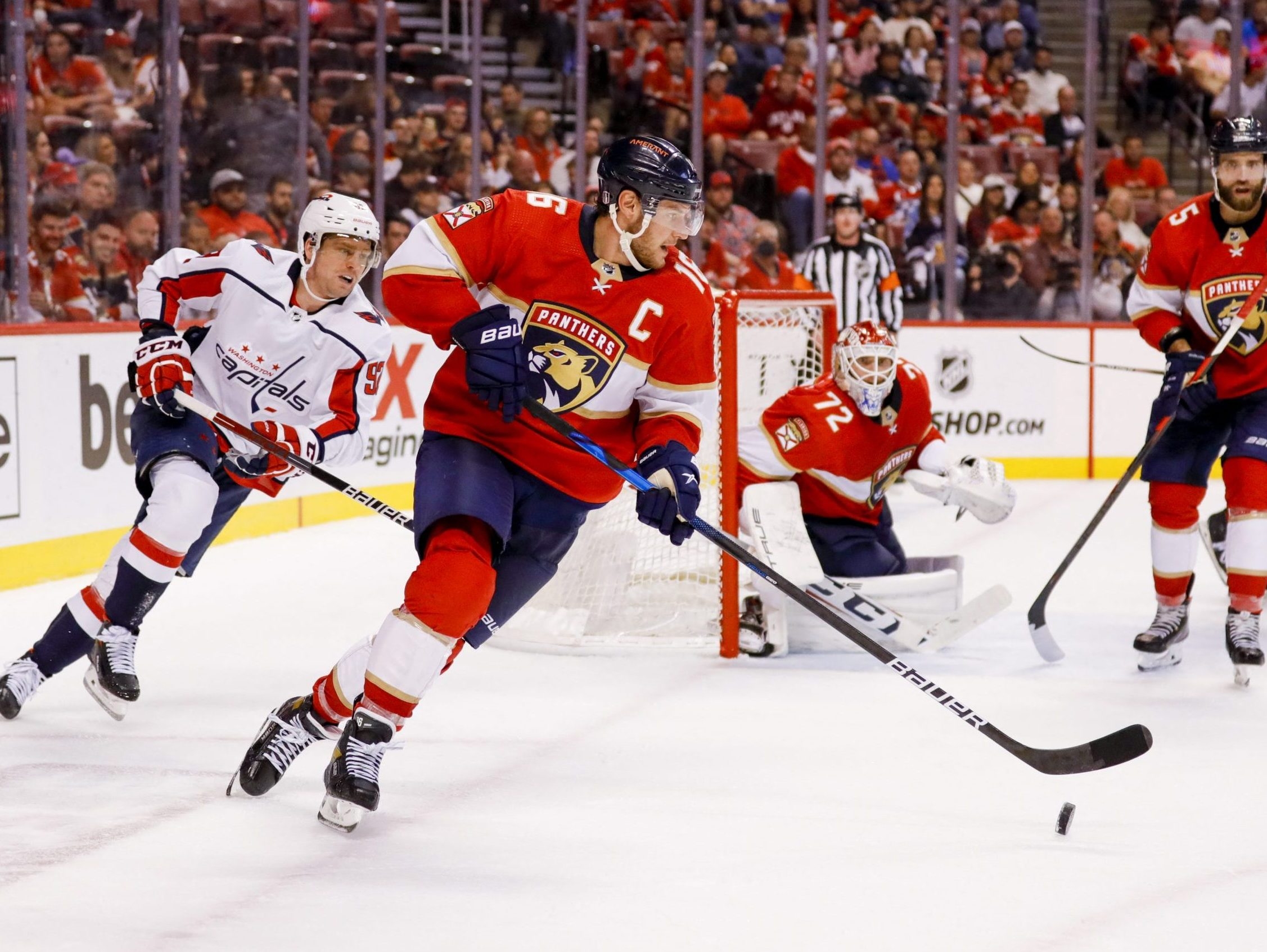 Aleksander Barkov and Carter Verhaeghe each recorded a goal and an assist as the Florida Panthers defeated the visiting Washington Capitals 5-1 in an Eastern Conference first-round playoff game on Thursday in Sunrise, Fla.

The best-of-seven series is tied 1-1 with Game 3 set for Saturday afternoon in Washington.

Panthers goalie Sergei Bobrovsky made 26 saves, and Florida killed off a crucial four-minute minor while holding a 3-1 lead in the second period.

The Panthers, who won the Presidents’ Cup as the NHL’s top team in the regular season, lost their playoff opener against the Capitals 4-2 on Tuesday. But Florida, the highest-scoring team in the league, returned to form on Thursday.

Washington got its lone goal from Nicklas Backstrom. Capitals star Alex Ovechkin was held to one assist, and Washington goalie Vitek Vanecek stopped just 14 of the 19 shots he faced before getting pulled after two periods.

Ilya Samsonov turned aside all 17 Florida shots in the third period.

Florida opened the scoring with 16:20 gone in the first period on Ekblad’s blast from the top of the right circle that deflected in off a Capitals defender.

The Panthers made it 2-0 with just 2:02 left in the first as Jonathan Huberdeau danced around two defenders before setting up Barkov for a tap-in goal.

In the second period, Lundell hooked TJ Oshie, giving Washington a power-play opportunity. The Capitals took advantage as Backstrom scored from a bad angle on Bobrovsky, who did not hug his left post.

However, Marchment scored just 27 seconds later, beating Vanecek with a wrist shot from the right circle.

With 5:58 gone in the second, the Capitals got another opportunity as Marchment was called for that double minor — roughing and slashing on Nick Jensen. The Panthers killed off the penalties, though, giving them momentum.

Florida closed the second period with two more goals to take a 5-1 lead.

First, the Panthers forced a turnover before Lundell and Sam Reinhart worked a give-and-go play. Lundell finished with another tap-in goal at 15:24.

Then, Verhaeghe ripped a blistering shot from the high slot at 17:32.

The Capitals played without forward Tom Wilson, who sustained a lower-body injury in Game 1.