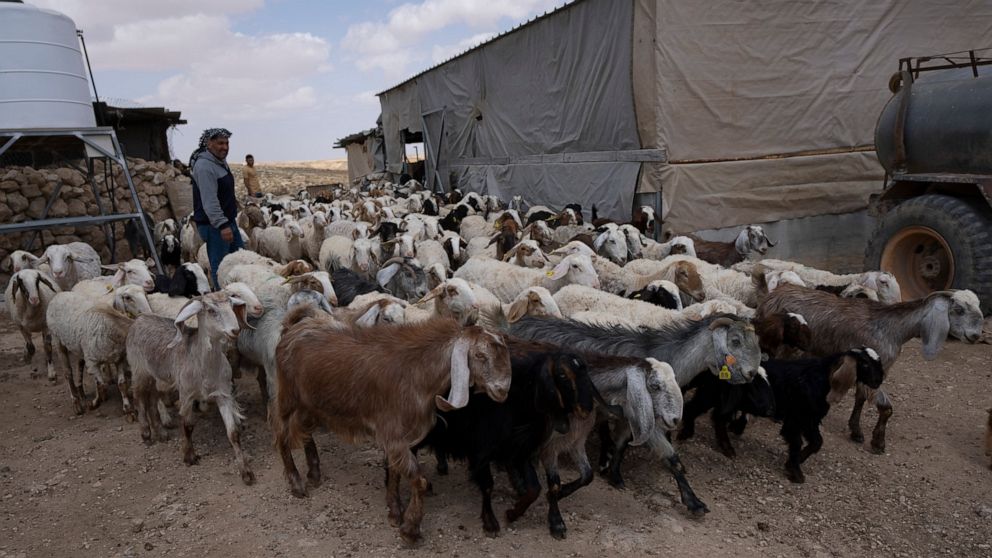 JINBA, West Bank — Everything here is makeshift, a result of decades of uncertainty. Homes are made from tin and plastic sheets, water is trucked in and power is obtained from batteries or a few solar panels.

The lives of thousands of Palestinians in a cluster of Bedouin communities in the southern West Bank have been on hold for more than four decades, ever since the land they cultivated and lived on was declared a military firing and training zone by Israel.

Since that decision in early 1981, residents of the Masafer Yatta region have weathered demolitions, property seizures, restrictions, disruptions of food and water supplies as well as the lingering threat of expulsion.

On Friday, some residents said they are determined to stay on the land.

The verdict came after a more than two-decade-long legal struggle by Palestinians to remain in their homes. Israel has argued that the residents only use the area for seasonal agriculture and that they had already rejected offers of compromise that would have given them occasional access to the land.

The Palestinians say that if implemented, the ruling opens the way for the eviction of all the 12 communities that have a population of 4,000 people, mostly Bedouins who rely on animal herding and a traditional form of desert agriculture.

The residents of Jinba, one of the hamlets, said Friday that they have opposed any compromise because they have lived in the area long before Israel occupied the West Bank in the 1967 Middle East war.

Issa Abu Aram was born in a cave in the rugged mountainous terrain 48 years ago and has endured a tough life since building is banned here.

In the winter, he and his family members live in a cave. In the summer, they stay in caravans near the cave. His goats from him are a source of income, and on Friday, he had laid out dozens of balls of hardened goat milk yogurt on the ground to dry.

He said his 14 children grew up with the threat of expulsion hanging over them. His children of him are attending a makeshift school in Jinba, with the oldest son now in 12th grade.

“He did not live in any other place except Jinba, how are you going to convince him… to live somewhere else,” he said.

The Palestinian leadership condemned on Friday the Israeli Supreme Court ruling, which was handed down on Wednesday — when most of Israel was shut down for the country’s Independence Day.

Also Friday, Israel’s interior minister said Israel is set to advance plans for the construction of 4,000 settler homes in the occupied West Bank. If approved, it would be the biggest advancement of settlement plans since the Biden administration took office.

The White House is opposed to settlement growth because it further erodes the possibility of an eventual two-state solution to the Israeli-Palestinian conflict.

The West Bank has been under Israeli military rule for nearly 55 years. Masafer Yatta is in the 60% of the territory where the Palestinian Authority is prohibited from operating. The Palestinians want the West Bank to form the main part of their future state.

Jewish settlers have established outposts in the area that are not officially authorized by Israel but are protected by the military. Last fall, dozens of settlers attacked a village in the area, and a 4-year-old boy was hospitalized after being struck in the head with a stone.

For now, the families say they have only one choice left: to stay and stick to their land.

“I don’t have an alternative and they cannot remove me,” said farmer Khalid al-Jabarin, standing outside a goat shed. “The entire government of Israel can’t remove me. We will not leave… we will not get out of here because we are the inhabitants of the land.”

Referring to West Bank settlers who came from other countries, he said: “Why would they bring a replacement from South Africa to live in the high mountains, in our land, and replace us, and remove us, why?”