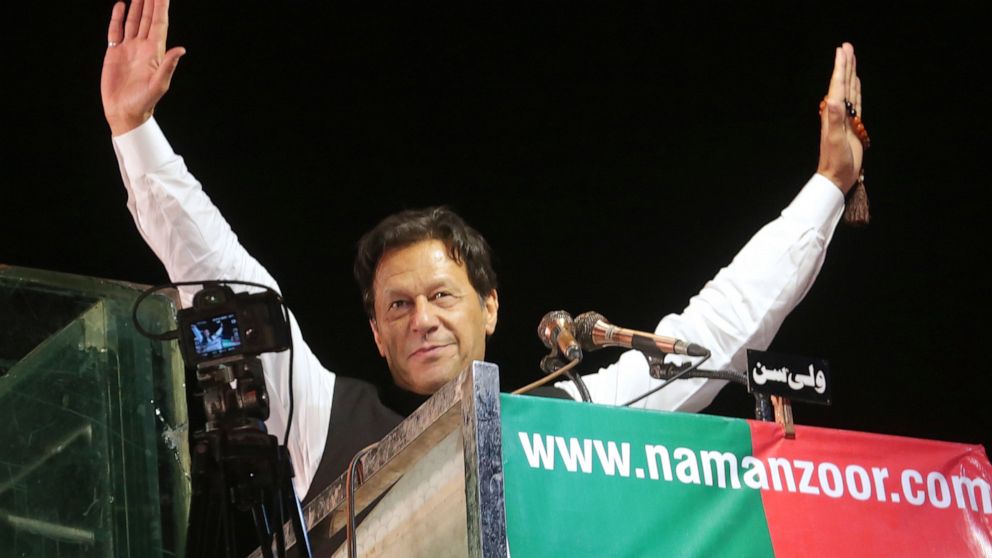 Pakistan’s defiant former Prime Minister Imran Khan called on Sunday for his supporters to march peacefully on Islamabad on May 25th, to press for fresh elections

PESHAWAR, Pakistan — Pakistan’s defiant former Prime Minister Imran Khan called on Sunday for his supporters to march peacefully on Islamabad on May 25th, to press for fresh elections.

Khan, who served as prime minister for over three and half years, was ousted in a no-confidence vote in parliament by an alliance of all major political parties. Since his ouster of him, he’s addressed rallies in several cities as he mobilizes for a grand show of strength in the capital on Wednesday.

Khan’s call came after a marathon session of leaders from his Tahrik-e-Insaf party in the northwestern city of Peshawar. He describes the march as a move to protect the country’s sovereignty, as he alleges that the vote that removed him was a US-organized plot.

In his speech, Khan urged authorities not to oppose the march, which will gain strength outside of Islamabad before heading to the city center. There, he says his supporters of him will remain until Parliament is dissolved and new elections are called. Thousands have come to his rallies from him in the past.

Interior Minister Rana Sanaullah warned Khan’s supporters not to cause trouble during the march, and accused Khan of misleading the youth — a source of his popularity — for political gain.

Khan claims America wanted him gone because of his foreign policy choices in favor of Russia and China, and a visit he made on Feb. 24 to Moscow, where he held talks with Russian President Vladimir Putin as Russian tanks rolled into Ukraine. He has also said the US dislikes his strident criticism of Washington’s war on terror. The US State Department has denied any involvement in Pakistan’s internal politics.