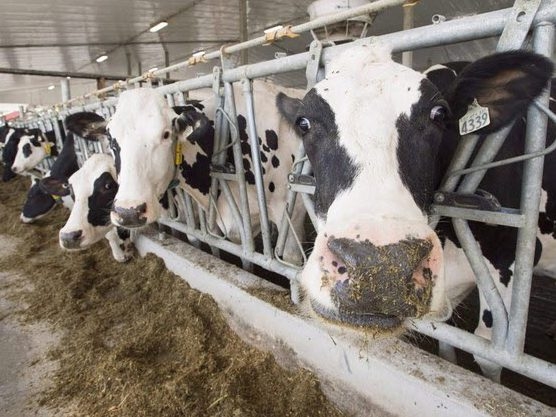 By Krystle Wittevrongel and Gabriel Giguere, Special to Postmedia Network

New Zealand had never launched a trade dispute under a free trade agreement until two weeks ago, on May 12, when it launched a dispute against Canada under the Trans-Pacific Partnership (TPP). Accusing our government of breaking its promises on dairy imports, this is in fact another first, as no party had yet launched a dispute under the TPP since its signing in 2016. As the export of dairy products is particularly important for New Zealand’s economy, their concern is understandable.

Canada has been heavily criticized for its protectionist supply management system. Earlier this year, the United States won a challenge of Canada’s dairy practices under the Canada-US-Mexico Agreement on trade (CUSMA, also known as USMCA). This is also the first dispute for this new version of the North American agreement. Repeated disputes and trade issues due to supply management undermine our trade relations.

Far from just penalizing our trading partners, though, supply management is also counterproductive for our own economy. In fact, supply management is one of the most iconic failings of Canadian protectionism. Through import quotas, tariffs, and production controls on dairy products, eggs, and poultry, this system has distorted these markets.

Tariffs have historically been as high as 300% on butter, which directly impacts consumers, penalizing them through inflated prices in a manipulated and overregulated market. With generalized inflation now surging, the effect is intensified.

Prohibiting any serious competition whatsoever with producers outside the country costs Canadians an average of $2.6 billion a year, according to the Organization for Economic Co-Operation and Development (OECD). A 2016 Montreal Economic Institute study found that this system increases the average annual grocery bill by $300 to $444.

In today’s dollars, these amounts to between about $349 and $517. Unsurprisingly, low-income families feel this the most. The same 2016 study found that supply management pushed up to 190,000 Canadians into poverty.

We also need to consider the constraints that the system places on the Canadian agriculture sector. Despite opportunities, Canada’s supply-managed farms simply do not have the ability to increase production. The annual production quotas, purchased at high prices to meet domestic demand, do not allow producers to adjust supply to global demand increases or decreases.

On the one hand, the OECD has predicted that global demand for dairy products would grow by about 1.6% annually between 2020 and 2029, faster than for most other agricultural products. Conversely, dairy quotas have led to the waste of considerable amounts of milk in a number of Canadian provinces — five million liters a week in Ontario alone at one point during the COVID-19 pandemic.

Canadian policy-makers might want to consider the possibility that their New Zealand counterparts could actually know what they’re talking about. Since abandoning its own supply management regime years ago, the country’s industry has become larger and more efficient.

Over the past three decades, its annual dairy exports have grown from just over NZ$2 billion to almost $20 billion. In fact, it now exports around 95% of its national production, a statistic which should inspire Canadian leaders.

The same too can be said for Australia, which abolished its dairy supply management system 22 years ago. This deregulation resulted in lower prices for consumers—prices for milk dropped 12 cents a liter in the first six months—as well as greater productivity and increased milk exports.

With all the benefits to be had, what is the Canadian government waiting for? Moving to a free market for currently supply-managed goods would reduce Canadian grocery bills, offer more choices to consumers, and improve trade relations.

Only harmful protectionist ideology — and, frankly, vote buying — maintains the current system, hurting both producers and consumers in the end.