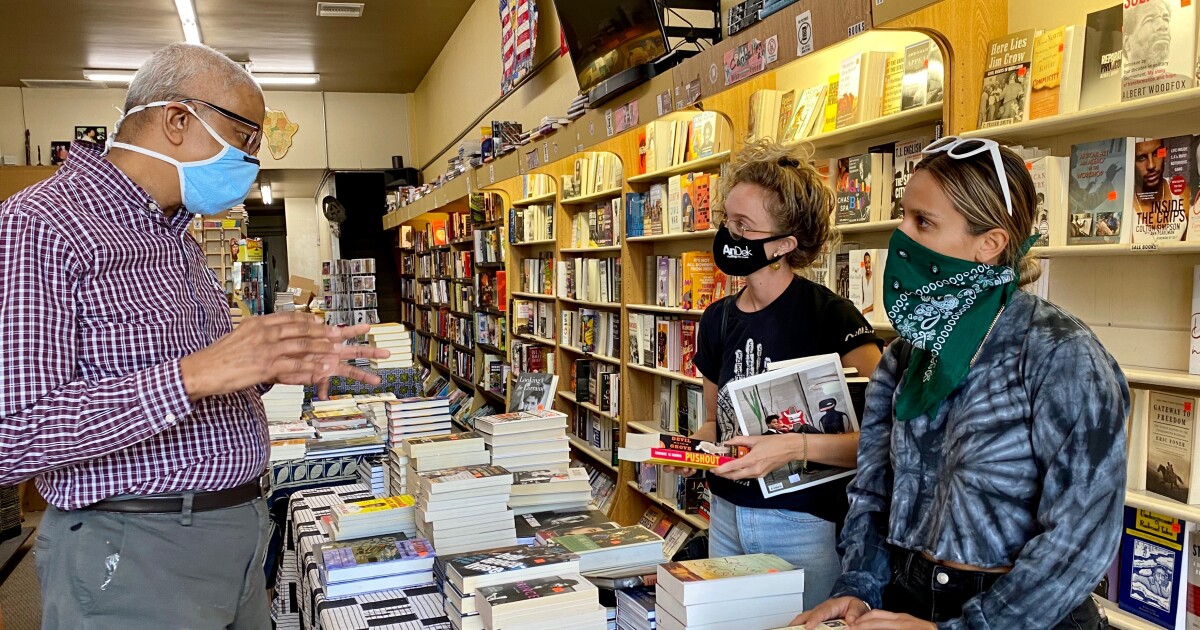 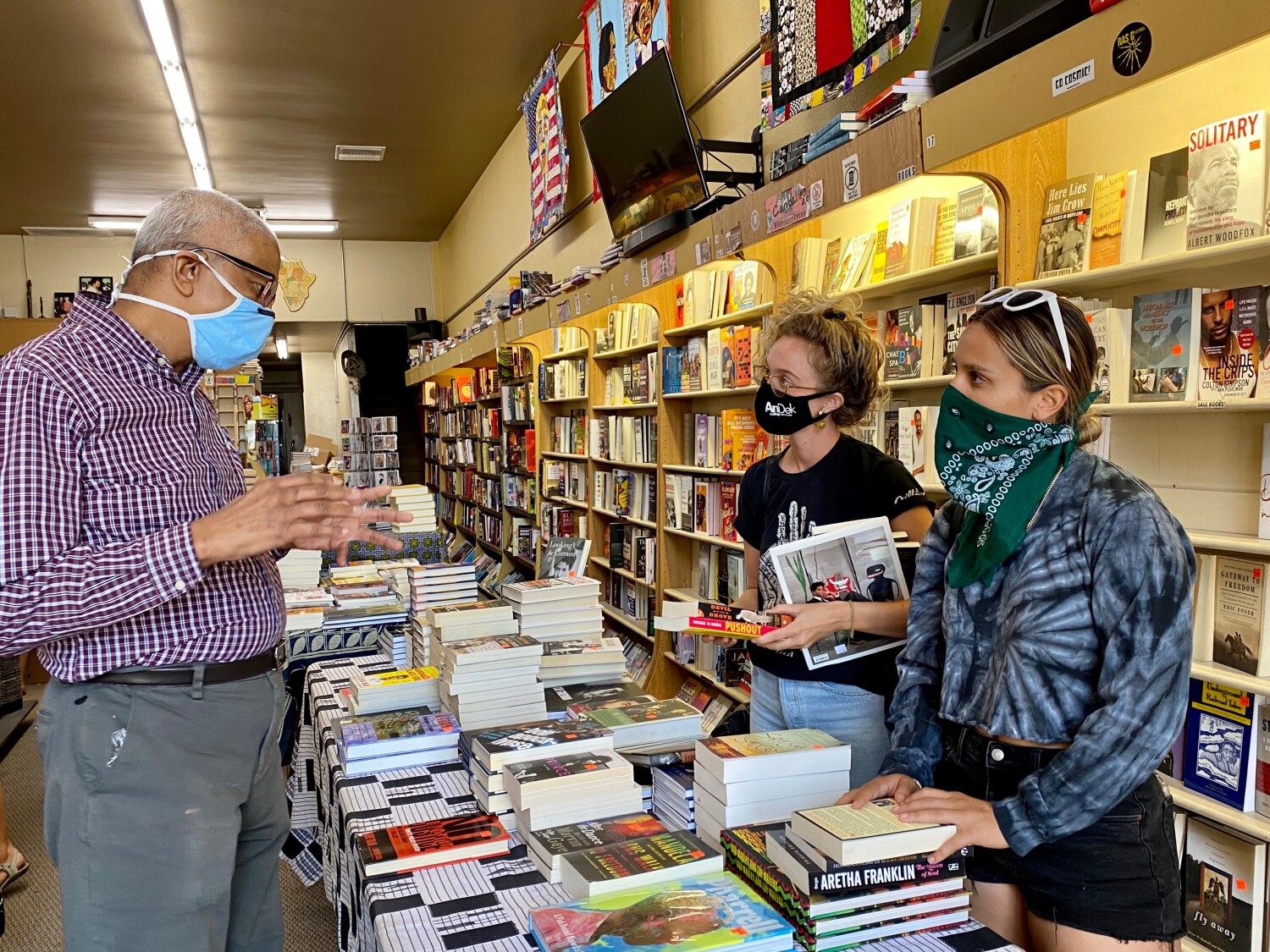 In 1989, Eso Won Books opened on a busy, nondescript stretch of Slauson Avenue east of Crenshaw, in a narrow upstairs space that looked more like an attic loft than a store. It was lined floor to ceiling with books. I had just started my career at an independent Black monthly called Accent LA, and we were the first to publish a feature on it.

The store’s co-owner James Fugate was in some ways a stereotypical bookshop proprietor: serious and deliberate, with an encyclopedic knowledge of books and in this case, Black literature and history. Within moments of meeting him I could see that he did not mince words or suffer fools. Fellow owner Tom Hamilton was Fugate’s foil, as knowledgeable but more affable and prone to chatting with customers and a nervous young writer like me, still very much learning the ropes of journalism.

What the two had in common was a deep and abiding passion for books and all that they represent — education, history, progress, creativity, community — which was at the core of their small but ambitious enterprise. That passion has powered Eso Won for 33 years, as it moved off Slauson to bigger digs on La Brea, in Los Angeles and Inglewood, and then finally to Degnan Boulevard in Leimert Park in 2006, cementing its place among LA’s premier Black institutions.

But now That Won is closing at the end of the year.

Fugate announced that the physical store would shutter during a radio interview with Tavis Smiley earlier this month, and he confirmed it this week. The news took many of the store’s patrons and supporters by surprise. It leaves us scrambling to imagine Los Angeles robbed of the gravitational pull That Won created, in a city without centers. For LA’s Black population, decimated and fragmented by demographic change and gentrification that is still playing out, the impending loss is a full-on tragedy.

Yet it isn’t really a surprise. For years, even the good years, Fugate has been telling me business is tough. Independent bookstores fell, first to big chains like Barnes & Noble, then to online retailers like Amazon that started eclipsing all the brick-and-mortars. Leimert Park, despite its cultural importance to Black Angelenos and increasingly to LA at large, was a hard place in which to prosper. After the civil unrest in 1992, there was a lot of talk about significant economic development in Crenshaw and South Central, but not much of that happened.

Fugate fretted about the lack of foot traffic on Degnan, the erratic hours kept by some of his fellow business owners, the increasing homelessness he saw on the street outside the bookstore’s door. And too there was politics — infighting among the Black LA City Council members representing Leimert and the city’s remaining Black neighborhoods, City Hall clashes over redistricting and power allotment that worked against progress and prosperity on the ground.

Fugate says he is tired. For all the reasons listed above, but also because he’s been at this a long time. The serious, idealistic book peddler I met a generation ago is now 67; Hamilton is 68. Of course they are entitled to retire. But retiring Eso Won as an entity, especially in these apocalyptic racial times, feels unimaginable.

In its lifetime, That Won has been a beacon, a retreat from a world gone mad, a place of possibility when change went stale. In my regular travels around the city (less regular since the pandemic), I stop into Eso Won less for books than for company, for commiseration and for conversation about the ever-embattled state of Black folks.

Not that Fugate and Hamilton always commiserated or agreed with me. Fugate, though he has grown more expansive over time, remains something of a contrarian, at moments, a provocateur. But he is also honest, sympathetic and an acute listener whose straight talk never fails to improve my spirits and often makes me laugh. I always leave That Won feeling less alone. And with books. One great thing about the place is that it has what you need and want to read, even though you generally don’t know what those volumes are until Fugate or Hamilton point them out. A bonus: They offer the best free gift wrapping anywhere.

There is talk of raising money, keeping the store going. It’s perhaps a little more likely that Fugate’s idea of ​​maintaining a business via a website, a la Amazon, will materialize. Whatever happens next year, the gift that Eso Won has been to Los Angeles — its grassroots but elevated mission of informing and bettering Black folks through the written word — will keep on giving.

Uplift has become a cliché, but That Won fits the bill. It always will.

Erin Aubry Kaplan is a contributing writer to Opinion.