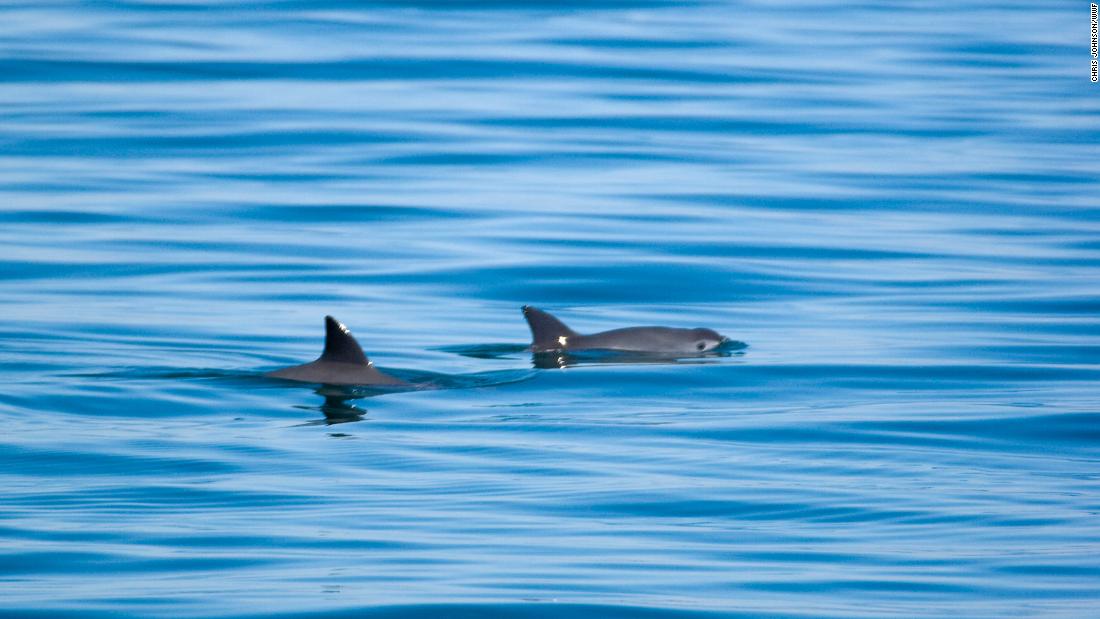 But that may not yet spell doom for the vaquita porpoise, according to new research.

Vaquitas have been pushed to the brink of going extinct due to illegal gillnetting, which is used to capture shrimp and totoaba fish that share the same habitat as the porpoises. The vaquitas, about 4 to 5 feet (1.2 to 1.5 meters) in length, end up as “bycatch” since they aren’t the intended target of the nets.

The totoaba fish, whose status is vulnerable on the International Union for Conservation of Nature Red List of Threatened Species, has a swim bladder that is prized in China and used for traditional medicine — and even seen as a financial investment. Mexico has outlawed totoaba fishing and made gillnetting illegal where the vaquitas live, but the practice continues unabated.

With such a small population left, researchers have questioned whether vaquitas were at a greater risk of extinction due to inbreeding.

Scientists Barbara Taylor and Lorenzo Rojas-Bracho, who have been studying this risk for more than 20 years, published a 1999 paper suggesting that the “doom hypothesis” of inbreeding could not be confirmed. This is important because if an animal is considered “doomed to extinction” for this reason, conservation efforts may not be pursued, Rojas-Bracho said.

Now, a team of scientists — including Taylor and Rojas-Bracho — have studied genetic patterns from vaquita tissue samples collected between 1985 and 2017 by Mexican researchers. Taylor is a senior scientist at the Oceanic and Atmospheric Administration’s Southwest Fisheries Science Center in La Jolla, California, and Rojas-Bracho is a conservation biologist and member of the National Commission of Protected Areas in Mexico.

“Who would have thought that several decades later these same samples could tell us so much,” said study coauthor Rojas-Bracho in a statement. “Genomics gives us clues into the species’ past but also lets us peer into the future.”

And it turns out that these little porpoises have enough resilience encoded in their genetics to recover if gillnetting is stopped. A study detailing the findings published Thursday in the journal Science.

“If we can allow these animals to survive, they can do the rest,” said study coauthor Jacqueline Robinson, a postdoctoral researcher at the University of California, San Francisco, in a statement. “Genetically they still have the diversity that let them thrive for hundreds of thousands of years, until the gillnets arrived.”

The genetic information from the vaquitas show that they appeared about 2.5 million years ago and adapted to life in the shallow waters of the northern Gulf of California.

Over the past 250,000 years, the population has fluctuated from a few thousand to about 5,000 vaquitas — which is rare when compared with other marine mammals. The fact that they have maintained a small population for so long has helped to reduce the risks of inbreeding because they have less genetic variation between them. A comprehensive survey of the population in 1997 showed there were 570 porpoises, but that number has declined greatly over the past 25 years.

In the case of this population, that actually helped to purge harmful traits from being spread across the vaquita population.

“They’re essentially the marine equivalent of an island species,” Robinson said. “The vaquitas’ naturally low abundance has allowed them to gradually purge highly deleterious recessive gene variants that might negatively affect their health under inbreeding.”

Variants rarely appear in larger populations of animals because it’s more unlikely that two animals with these traits will find one another and mate. But when a population rapidly reduces, those odds increase and their offspring experience “inbreeding depression.” This weakens their health and can send a species spiraling toward extinction.

“A prevailing view in conservation biology and population genetics is that small populations can accumulate deleterious mutations,” said senior study author Kirk Lohmueller, associate professor of ecology and evolutionary biology and of human genetics at the University of California, Los Angeles, in a statement .

“However, our finding that the vaquita likely has fewer strongly deleterious mutations hiding in the population means that they are better poised to survive future inbreeding, which bodes well for their overall recovery.”

How to save them

Gillnets pose the greatest threat because they cause the porpoises to drown.

The researchers ran simulations, based on the genetic information from the vaquitas, to see which scenario worked best to protect them and calculate their extinction risk over the next 50 years.

Immediately removing gillnets from their habitat was the best bet for the survival of the vaquitas. Unfortunately, even modest use of gillnets could lower their chances of rebounding. If vaquita deaths as bycatch decline by 80%, 62% of the population could still go extinct, according to the study.

“The survival of the individuals, and the species, is in our hands. There is a high probability genetically that they can recover, if we protect them from gillnets and allow the species to recover as soon as possible to historical numbers,” said study coauthor Phillip Morin, a research molecular geneticist at NOAA Fisheries’ Southwest Fisheries Science Center, in a statement.

Surveys were also conducted to observe some of the few remaining vaquitas, and the researchers were pleased to see that they looked healthy and even had calves swimming with them, which means they are actively reproducing.

“Vaquitas have very little time left,” said study coauthor Christopher Kyriazis, a doctoral student in ecology and evolutionary biology at UCLA, in a statement. “If we lose them, it would be the result of our human choices, not inherent genetic factors.”

Scientists continue to actively monitor the vaquitas. The researchers believe their approach to this study could be used to predict the extinction risk of other endangered species based on their genetics.