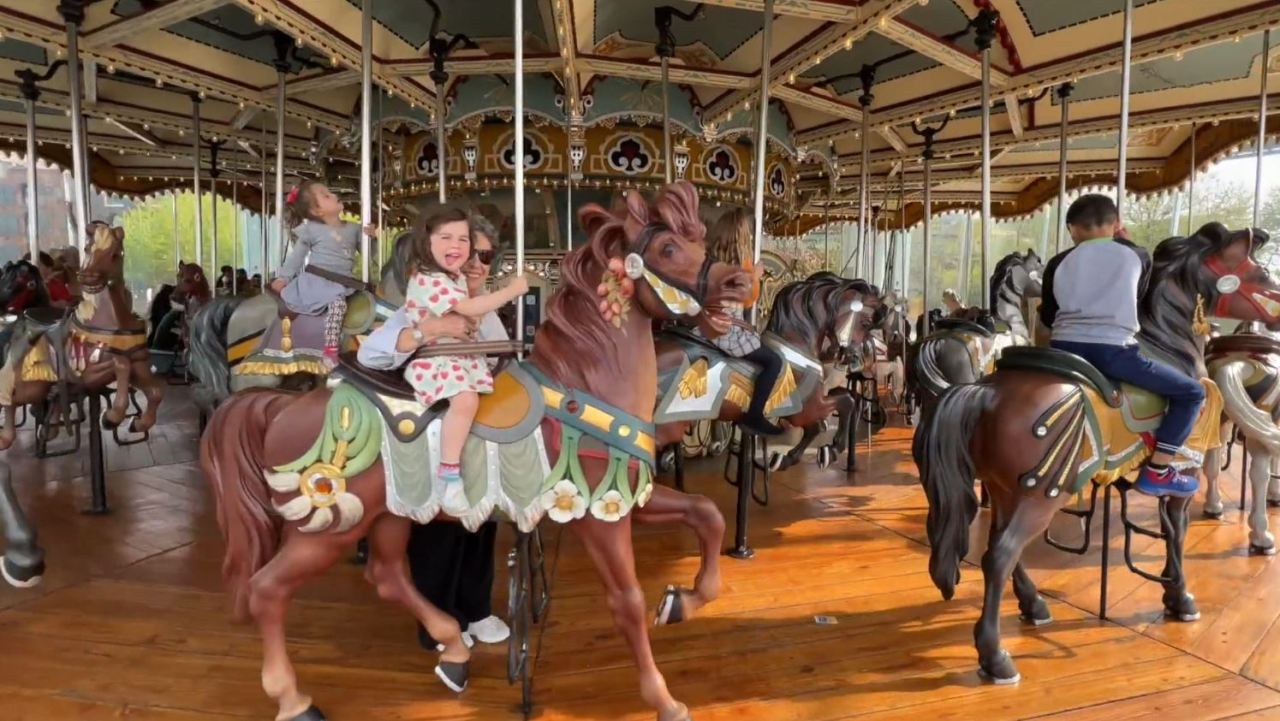 BROOKLYN, NY (PIX11) — The story of the carousel at Brooklyn Bridge Park begins in 1922. It will be honored Saturday at the park when it turns 100 years old.

Jane’s Carousel opened in 2011 at the current location after a two-decade-long restoration by Jane Walentas. It received water damage during Hurricane Sandy in 2012.

Walentas purchased the ride upon the closure in 1984 of Idora Park, the original location in Youngstown, Ohio. It started spinning in 1922.

The historic piece is described as a classic three-row machine with 48 carved horses and two chariots. Walentas and a team worked in a warehouse near Brooklyn Bridge for years to strip away paint and reveal its beauty.

On Saturday, Mayor Eric Adams is planning to attend the celebration. Free rides and face painting will be part of the festivities.