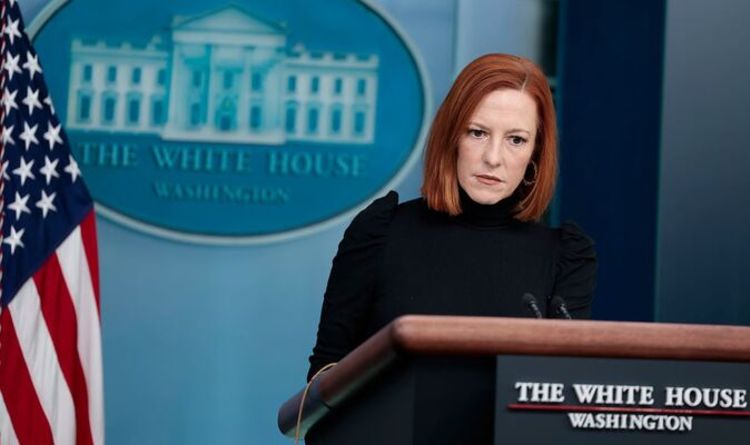 “Nobody should hold back supply at the expense of the American consumer.

“Particularly as the recovery from the pandemic continues and oil producers around the world have the capacity to produce at levels that match demand and reduce the high prices.

“All options remain on the table.”

In November the United States announced plans to release 50 million barrels of crude oil from the US Strategic Reserve.

So far this seems to have failed to cool prices which are just below a seven year high.

In fact, as prices continued to climb on Wednesday industry data showed a decline in US stocks.

These offsets the possible benefits of an increase in supply from Iran particularly if there is a diplomatic breakthrough with an Iranian nuclear deal.

In Europe, concerns about a potential conflict between Russia and Ukraine appear to be easing following the diplomatic engagement between French President Emmanuel Macron and Russian President Vladimir Putin.

However, issues around lack of supply remain with increasing demand following the easing of Covid restrictions, something that supply has not been able to keep up with.

Brent crude was at $91.19 a barrel on Wednesday morning a 0.5 percent increase while US West Texas Intermediate crude was at $89.74 a barrel up 0.4 percent.

Rising oil prices are likely to negatively affect consumers, in particular motorists potentially impacting the current recovery in consumer spending as well as adding to the cost-of-living crisis in a number of countries.