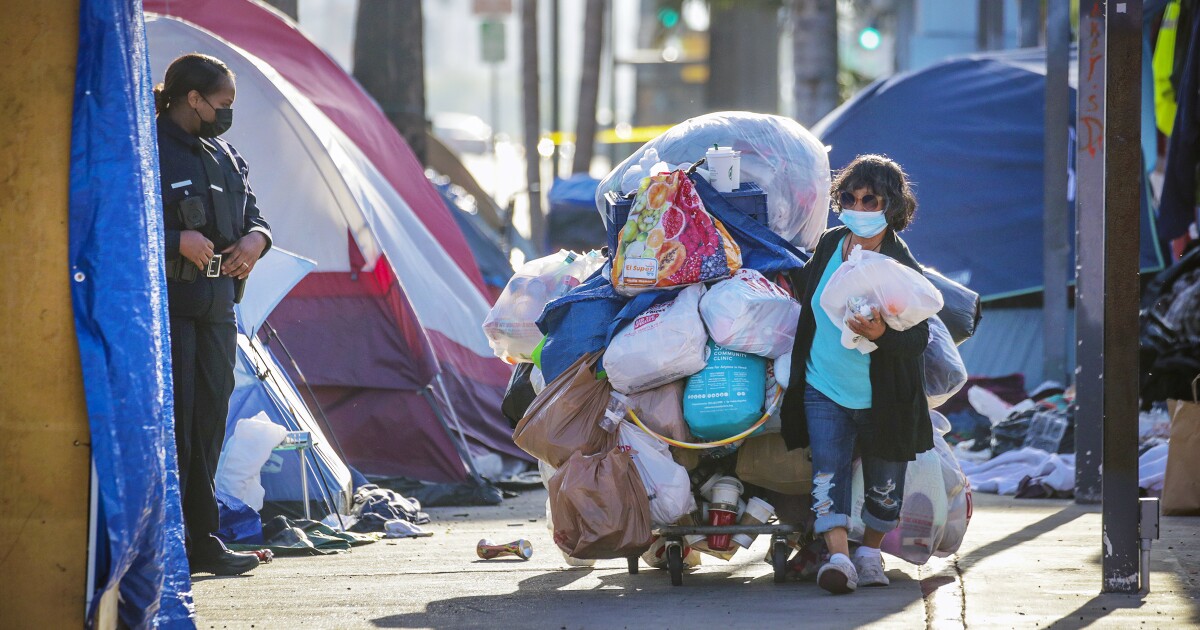 To the publisher: Of course the city of Los Angeles’ anti-camping ordinance has been unevenly enforced. It is improperly understood, and why not? The law has all the wording and impact of a draconian edict from a far less-open, less-democratic society than that in which we supposedly live.

Homeless people are given no realistic choices other than to “move on” and have their belongings seized. When homeless, does one lose citizenship? Are they not recognized as taxpayers? (Which they are, as they buy things, and many have some kind of income but do not earn enough to afford a room somewhere.)

The city could easily repurpose portions of Griffith Park and set up a tent city with water, security and sanitation. If the law prevents authorities from taking mentally ill people for observation and treatment, then change the law — fast. Dream movements for permanent housing for the current population are so far off target as to be utopian fantasies.

Our elected officials are not doing their jobs. Shameful.

To the publisher: I find it quite disconcerting to see a photo of a homeless man dragging his blanket appear in the same paper as a story about Warren Buffet on a $51-billion spending spree. How is it that the richest country in the world cannot solve homelessness while billionaires acquire more wealth without any accountability to humanity?

I am from Sri Lanka, a so-called developing country, where we did not have encampments or homelessness on this scale. Perhaps the Buddhist philosophy of empathy and caring for your fellow man comes first. However, this compassion is not confined to Buddhism.

We need to think differently and attack this issue with compassion and urgency and hold our leaders accountable to get the job done.

To the publisher: No one really wants to be living on a sidewalk in a tent. How can the state of California, with a projected $68-billion budget surplus, not move faster on this issue?

Everyone knows that China built a hospital in 10 days.