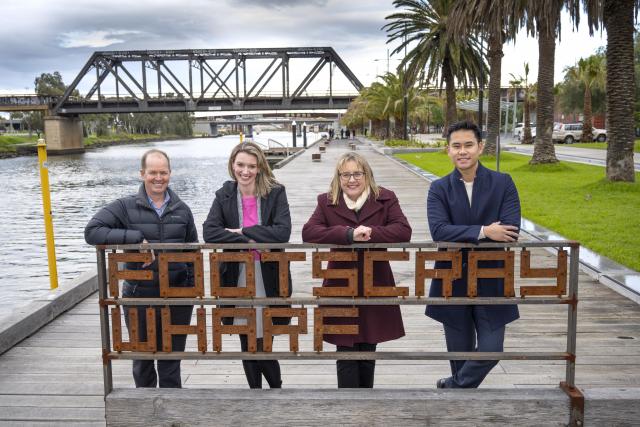 Maribyrnong council and the West Gate Tunnel Project have completed works on the $12 million upgrade of the Footscray Wharf.

The project included a new 230-meter timber boardwalk as its centrepiece, as well as a fixed lower landing and floating pontoon to provide access to the water.

Transport Infrastructure Minister Jacinta Allan said works had also incorporated the historical rail spur line, which was installed parallel to the river and the tracks in 1917, into the landscape.

“While it’s all about looking to the future, it’s also wonderful to help with a new chapter for an important piece of the past,” she said.

Footscray MP Katie Hall said the wharf serviced the factories lining the riverfront and was also used for unloading general cargo until the 1960s and ’70s, as well as housing small shipbuilders and pleasure craft until the early 1980s.

“Footscray Wharf has been an important precinct in Melbourne’s west for many years, and it’s wonderful to see it start a new era,” she said.

“Locals and visitors can now make the most of the area, whether going for a stroll, enjoying a picnic, or making the most of better access to the Maribyrnong River.”

Maribyrnong Mayor Anthony Tran said the council has been working to activate the riverfront since 2014.

“Footscray Wharf, and surrounding area, played a key role in the development of the colony of Port Phillip, Melbourne and the City of Maribyrnong. “

“It is exciting to see this heritage icon, which was a significant factor in the industrial development of the west, now repurposed for the ongoing benefit and enjoyment of the wider community.”